First time: The whereabouts of drugs in the body can be seen clearly

First time: The whereabouts of drugs in the body can be seen clearly.

New imaging technology on “Cell”! For the first time, the whereabouts of drugs in the body can be seen so clearly

When you take medicine while you are sick and see your symptoms getting better, have you ever thought about the question: Where do these drug molecules go in your body, and which cells do they bind more tightly?

Answering these questions is not only to satisfy curiosity, but also to understand the mechanism of drug action and to advance future drug development.

However, this is an unsolved mystery that has long plagued the scientific community. Tracking the details of the distribution of small-molecule drugs in the body, especially in the complex brain, requires imaging small-molecule drugs at single-cell resolution to see how they bind to each cell.

The problem is that the commonly used positron emission tomography (PET) cannot achieve single-cell resolution; and the fluorescence imaging technology that can label molecules and achieve high-resolution imaging also has fatal problems: if the fluorophore is directly modified, adding The fluorophore on small drug molecules is too large and may significantly alter the drug properties.

Therefore, a difficult problem is placed in front of all researchers: what kind of fluorescent label modification method can be clearly imaged without affecting the properties of the drug?

In a recent study published in the journal Cell,  researchers from Scripps Research Institute achieved single-cell resolution imaging of small molecules in vivo for the first time.

The novel technology of CATCH will provide valuable information for the understanding of drug mechanism and drug development. 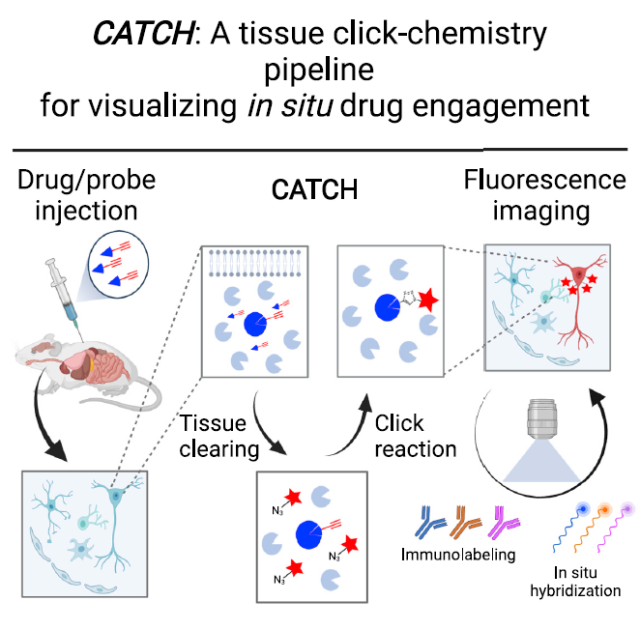 The strategy used by Professor Ye’s team is “click chemistry” that has been favored in recent years. The concept of click chemistry was proposed by Nobel Prize winner Professor Barry Sharpless in 2001. Its core concept is molecular combination based on carbon-heteroatom bonding.

If this process can quickly complete the chemical synthesis of various molecules with high yield, wide applicability, and harmless by-products, then it can be identified as a Click Chemistry.

In this study, in order to introduce a fluorophore, the research team first modified the terminal alkynyl group on the drug. Such modification does not affect the activity and selectivity of the small molecule drug, so they can normally reach the target area of ​​the body.

When small-molecule drugs are in place, click chemistry comes in handy. This study uses the most classical class of reactions in click chemistry: the copper-catalyzed azide-alkyne cycloaddition mechanism (CuAAC). Here, the alkynyl group is added to the azide on the fluorescent tag molecule to form a cyclic molecule, thereby realizing the introduction of a larger fluorescent tag.

To test the effect of this strategy, the specific drug used in the experiment was an alkynyl-modified fatty acid amide hydrolase (FAAH) inhibitor PF7845-yne, a small-molecule drug that can form stable covalent bonds with FAAH.

When they applied this reaction to mouse brain slices, they noticed another problem: lipids in the animal tissue affected the ability of the fluorescence to penetrate.

Subsequently, the research team carried out a series of optimizations for the CuAAC reaction, and finally achieved efficient and specific drug labeling in animal tissues.

This technology allows the research team to clearly see the binding distribution of drug molecules in different organs, tissues, and cells.

At the same time, the research team has achieved high-resolution three-dimensional drug imaging in large-volume tissues. 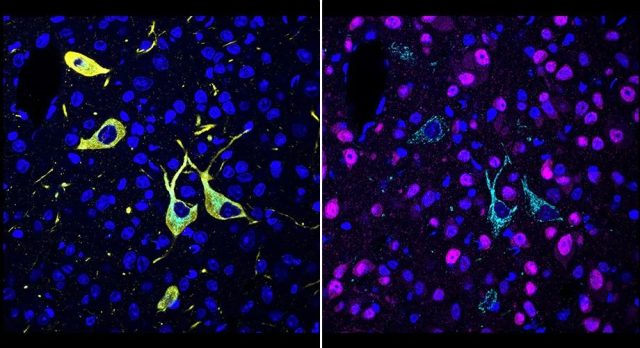 Next, the research team tested the effect of CATCH in mouse experiments.

The technique shows the distribution of different drug molecules in different brain regions in mice, as well as the cell types that these molecules primarily target.

CATCH also revealed to researchers the differences in the distribution of different doses of the drug.

For example, this study is the first to observe higher drug binding in regions close to blood vessels when the saturating dose is not reached. 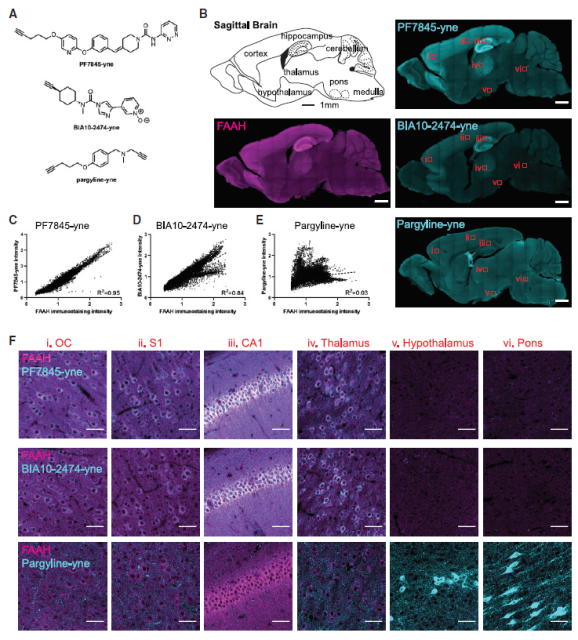 It can be said that CATCH has given us a glimpse of details we have never seen before, and the prospects it shows are also worth looking forward to.

The high-resolution imaging brought by CATCH will bring new opportunities to understand the efficacy and potential side effects of small molecule drugs.

In addition, CATCH cannot currently be directly applied to whole brain or even whole body imaging. The research team says they are investigating how to scale up the imaging volume, eventually hoping to image drugs at single-cell resolution in intact mice.

First time: The whereabouts of drugs in the body can be seen clearly 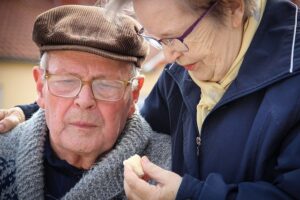