Emerging Covid-19 variants and post-vaccination breakthrough infections underscore the need to study the effectiveness of current Covid-19 vaccines in the real world.

Up to now, only two mRNA COVID-19 vaccines have been approved for marketing, namely mRNA-1273 developed by Moderna and BNT162b2 developed by Pfizer /BioNTech .

Facts have proved that these two mRNAs are very effective in preventing severe illness, hospitalization and death caused by COVID-19 infection. efficient.

In addition, there are data showing that, during the Delta epidemic period, the breakthrough infection after two doses of BNT162b2 vaccine was higher than that after two doses of mRNA-1273 vaccine. These all suggest to us that these two mRNA vaccines may have different effects in the real world .

On May 2, 2022, researchers from the scientific healthcare organization Optum Labs published a research paper titled: Comparative effectiveness over time of the mRNA-1273 (Moderna) vaccine and the BNT162b2 (Pfizer-BioNTech) vaccine in the journal Nature Communications .

This retrospective cohort study investigated the relationship between COVID-19 infection and severity and timing of vaccination among nearly 4 million individuals in the United States who received two doses of the mRNA-1273 or BNT162b2 vaccine to understand how the two mRNA vaccines actually performed and Effectiveness comparison. 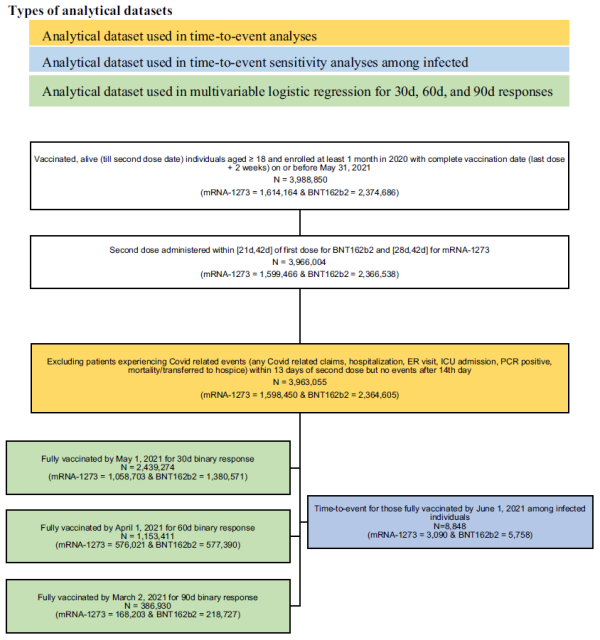 But there was no statistically significant difference over time between the two mRNA vaccines for hospitalization, ICU admission, death, or transfer to hospice. 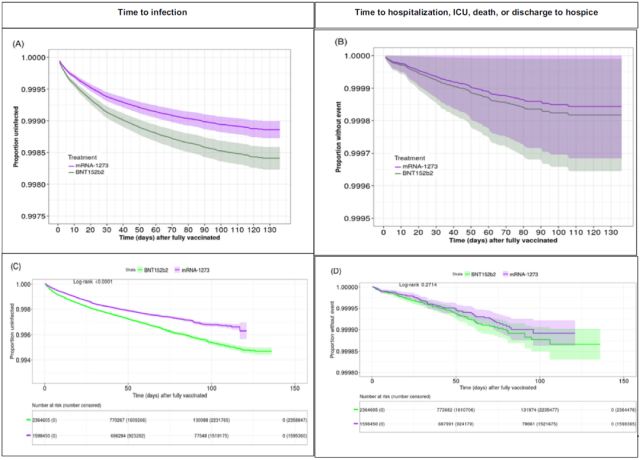 This large-scale retrospective analysis showed a significant difference in protection against SARS-CoV-2 infection between mRNA-1273 and BNT162b vaccination, and this difference widened over time.

But the two vaccines were equally effective in preventing severe illness (hospitalization, ICU, or death) within 90 days of full vaccination .