Scientists may have discovered why lifelong smokers never get lung cancer.

That statement might sound silly, especially considering that cigarettes are the number one risk factor for lung cancer.

Although tobacco products are responsible for 90% of deaths, lifelong smokers are somehow inclined to avoid developing lung cancer. Now, science may finally figure out why. 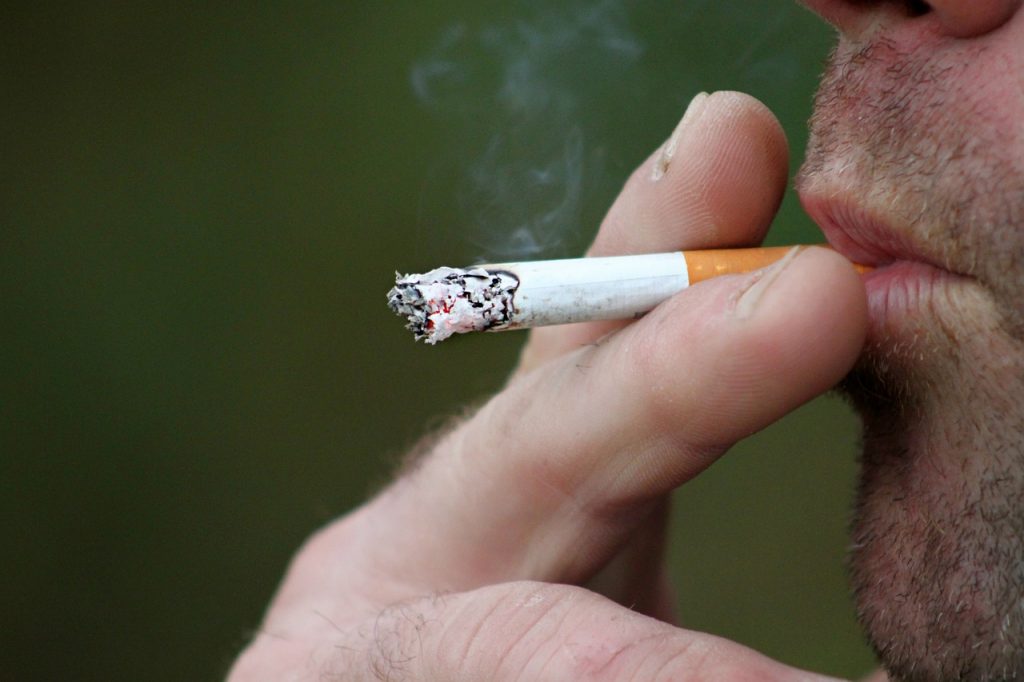 DNA repair genes may keep some smokers from getting lung cancer, according to new findings published in Nature Genetics.

The researchers found an inherent advantage in many smokers who never developed lung cancer.

They found that the cells lining the lungs were less likely to mutate over time.

Essentially, because some smokers have DNA repair genes that are so active, they protect the person from developing cancer cells.

It’s an intriguing finding that could ultimately explain why some smokers never get lung cancer.

The researchers looked at the genetic signature of bronchial basal cells in 33 participants.

All participants were between the ages of 11 and 86. Fourteen of the participants had never smoked, while the other 19 had a history of light, moderate and heavy smoking.

They then sequenced surface cells collected from the participants’ lungs to measure mutations in their genomes.

The results showed that these lung cells survived for many years.

And these mutations accumulate as a person ages and continues to smoke.

These are also the lung cells most likely to become cancer, a lung specialist at the Albert Einstein College of Medicine said in a statement.

But most interestingly, after smoking a pack of cigarettes a day for about 23 years, the scientists found that risk and mutation rates in these cells dropped dramatically.

As a result, some lifetime smokers will never get lung cancer because mutation rates vary so dramatically.

That’s because their DNA repairs the body before cell mutations develop into tumors. Scientists say these DNA repair genes can be inherited or acquired.

And what exactly makes a person’s body better at repairing DNA remains a mystery.

However, according to the study’s findings, it may play a large role in why 80 to 90 percent of lifelong smokers never develop lung cancer.

Yet even knowing this, the risks associated with smoking are still very high.

This could help us better understand the role DNA repair plays in why lifelong smokers never get lung cancer.

In addition, it may even help us more effectively assess a person’s risk of developing lung cancer.