In the treatment of diffuse large B-cell lymphoma (DLBCL) patients who had relapsed after autologous CAR-T therapy, PBCAR0191 achieved a 100% objective response rate, a 73% complete response rate, and 50% of patients had a response duration of more than 6 months.

At present, 6 autologous CAR-T cell therapies have been approved by the US FDA to treat a variety of different blood cancers.

The prognosis for these patients is particularly poor, with progression-free survival of only one or two months.

This endonuclease is a meganuclease that can perform highly specific cleavage in cellular DNA. It completes the cleavage by recognizing the target sequence containing 22 bases. 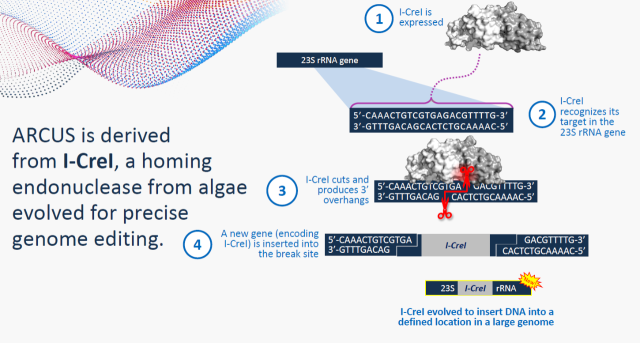 Eight of these patients achieved complete remission when assessed 28 days after treatment.

Of the 6 patients whose duration of response was evaluable, 3 patients had responses lasting longer than 6 months.

The company noted that this remission data is better than current CAR-T therapy for patients who have relapsed after receiving standard therapy. 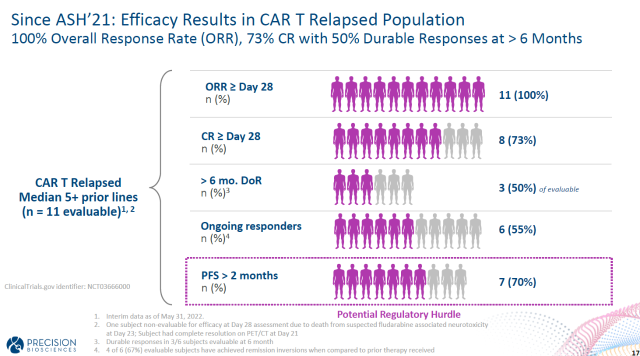 “New clinical data shared today show that PBCAR0191 is able to produce high clinical response rates in patients who have relapsed after CAR-T therapy. They have received a median of 5 prior therapies. We believe these data support the use of PBCAR0191 for the treatment of this A regulatory pathway for a patient population that we believe has the highest unmet need,” said Mr. Michael Amoroso, CEO of Precision BioSciences.