Therefore, there is an urgent need to discover effective therapeutic targets.

The research team synthesized a new small-molecule compound, ERX-41 , that kills cancer cells by exploiting a cellular weakness previously not targeted by other drugs.

ERX-41 can successfully target a variety of solid tumors, including triple-negative breast cancer, as demonstrated in multiple types of cancer cells and animal models .

The research team says this is one of the most promising breakthroughs in triple-negative breast cancer to date, and clinical trials could begin as soon as the first quarter of 2023. 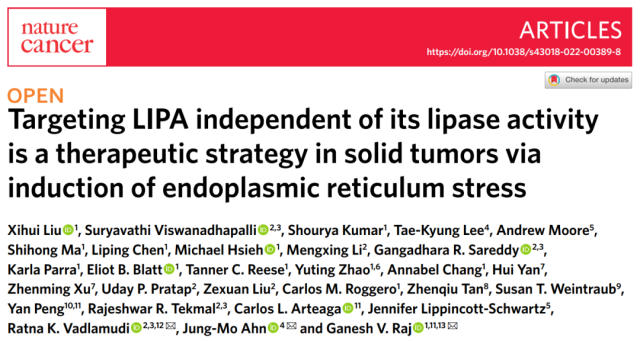 During lead compound optimization, they stumbled upon the small-molecule compound ERX-41 that killed both estrogen receptor-positive and triple-negative breast cancer cells in a petri dish.

In this latest study, the research team found that ERX-41 binds to the lysosomal acid lipase A (LIPA) protein, which is present in the endoplasmic reticulum, an organelle in cells that processes and folds proteins .

Endoplasmic reticulum stress is one of the hallmarks of inflammation and is widely involved in the disease process.

In the presence of high levels of misfolded proteins in the ER, an intracellular signaling pathway called the unfolded protein response (UPR) induces a series of transcriptional and translational events to restore ER homeostasis.

Importantly, mouse body weight did not change before and after treatment. This suggests that ERX-41 has no apparent toxic effect. 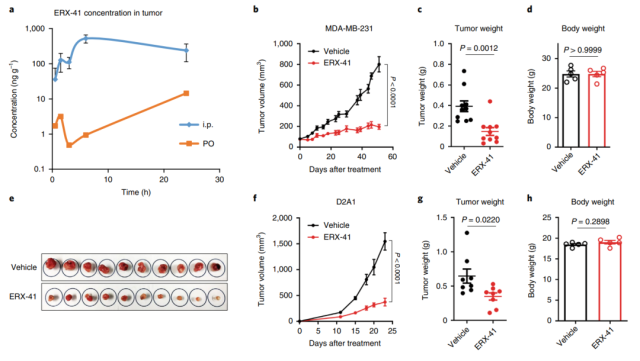 Likewise, in mice, there were no significant histological changes or immune infiltration in multiple organs, including the spleen, suggesting that ERX-41 is not immunogenic.

Jung-Mo Ahn said that regardless of whether the cancer cells have estrogen receptors (ER) , ERX-41 does not kill healthy cells, it only destroys tumor cells.

The research team found that by binding to LIPA, ERX-41 induces endoplasmic reticulum stress, shuts down protein de novo synthesis, blocks the proliferation of triple-negative breast cancer cells , and induces their apoptosis, a series of actions that are targeted Furthermore, the activity of ERX-41 is independent of LIPA lipase function, but is dependent on endoplasmic reticulum localization. 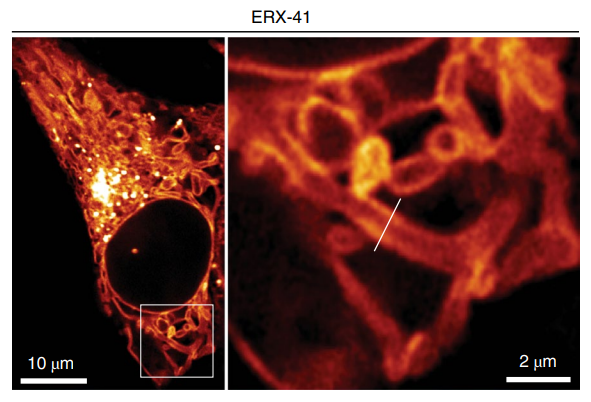 Mechanistically, binding of ERX-41 to LIPA reduces the expression of multiple endoplasmic reticulum-resident proteins involved in protein folding, a vulnerability that targets cancer cells with a large therapeutic window.

Further experiments found that ERX-41 was also effective against pancreatic, brain and ovarian tumors. Therefore, LIPA is also a viable molecular target in other cancers.

Ratna Vadlamudi , co-corresponding author of the study, said the findings were encouraging.

The three corresponding authors of the paper, Ganesh Raj , Jung-Mo Ahn and Ratna Vadlamudi , founded a startup called EtiraRX , and on EtiraRX’s website, they describe ERX-41 as follows:

The company said it will begin clinical trials of ERX-41 as early as the first quarter of 2023.