1 in 500 men may carry an extra chromosome: Raising the risk of certain diseases

1 in 500 men may carry an extra chromosome: Raising the risk of certain diseases.

A comprehensive genetic analysis of more than 200,000 men found that about one in 500 carry an extra sex chromosome, and most of them don’t know it.

This rate is much higher than previously thought, and it appears to increase their risk of conditions such as diabetes and cardiovascular problems.

The new findings come from data collected by the UK Biobank project, which comprehensively tracks the health and genetic data of half a million participants over the years.

For the study, researchers from the Universities of Cambridge and Exeter analysed genetic data from 200,000 men in the Biobank database, looking for the prevalence of extra sex chromosomes.

Usually, women have two X chromosomes, while men usually have one X and one Y chromosome, but this is not always the case. 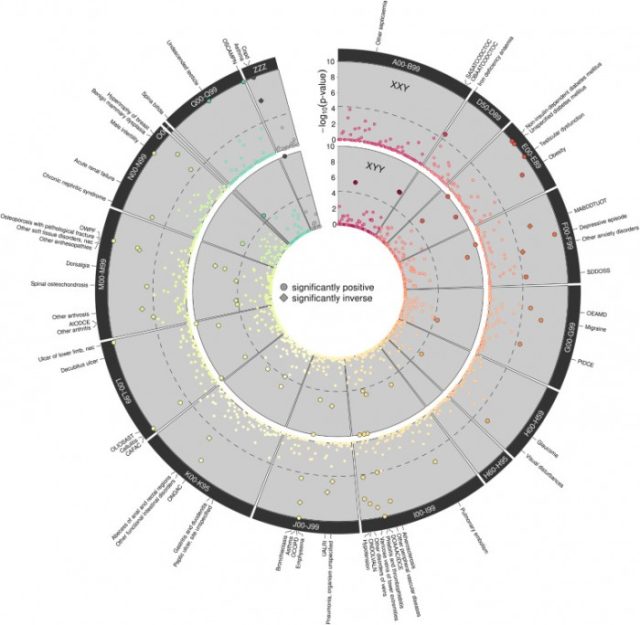 Taking into account the overall health of the biobank participants, the team calculated that in the general population, roughly one extra sex chromosome is likely to be carried in every 500 men, a much higher rate than previously thought.

Most of the men in the study had no signs of abnormalities in their medical records. Of the 213 people with an extra X chromosome, only 49 (or 23 percent) were diagnosed with the condition, also known as Klingfeldt syndrome.

It usually presents as infertility or delayed puberty, when it can be detected and diagnosed, but often goes unnoticed.

Meanwhile, of the 143 men with an extra Y chromosome, only one was diagnosed because there were fewer outward signs of the condition. 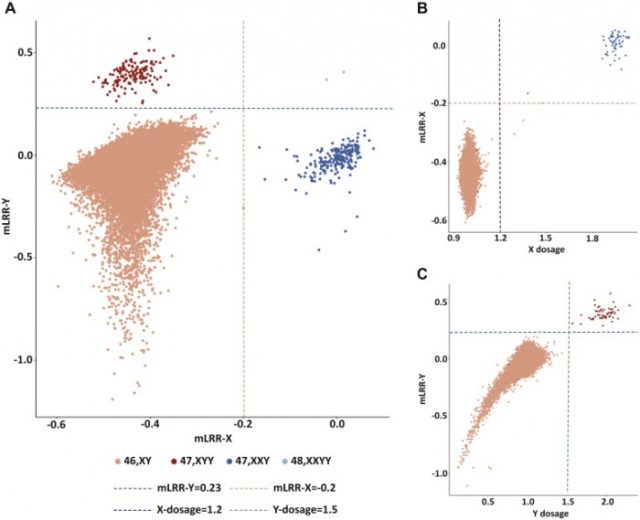 The researchers then investigated the men’s health and compared them with other populations in the biobank.

On the other hand, men with XYY chromosomes appear to have normal reproductive function.

The researchers found that men with an extra copy of either chromosome had a higher risk of some other diseases.

The team said they were unsure why the extra chromosomes increased these risks, or why the risks were similar for both types.

But further research could help answer these questions and whether it would be useful to start screening people for additional chromosomes as a potential way to prevent related diseases.

Even though a significant number of men carry extra sex chromosomes, few of them are likely to be aware of it.

This extra chromosome means they suffer from some common metabolic, vascular and a significantly increased risk of respiratory diseases — diseases that may be preventable.

The study was published in the journal Medical Genetics .

1 in 500 men may carry an extra chromosome: Raising the risk of certain diseases