Recently, Häagen-Dazs (Häagen-Dazs), an ice cream brand owned by Nestlé in the United States, issued a statement confirming that the vanilla cups and cans of ice cream that were recently exported to Taiwan were inspected for trace amounts of pesticide residues.

Häagen-Dazs immediately sealed the two batches of doubtful products, stopped shipping them, and took them off the shelves, providing consumers with free returns and refunds from now. 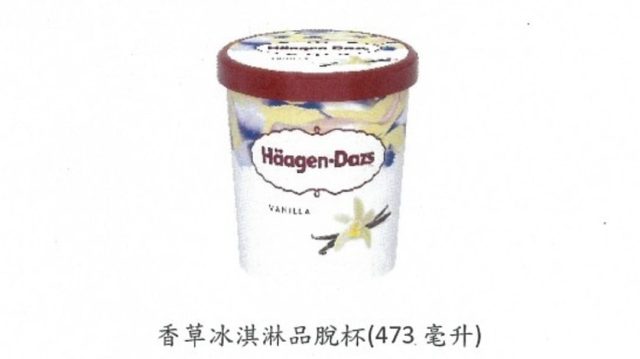 The responsibility of gatekeeping has been urgently dealt with at the first time, and free returns and refunds of vanilla ice cream are available from now on until August 31 this year.

Data shows that ethylene oxide is an organic compound that is widely used in washing, pharmaceutical, printing and dyeing industries, and can be used as a starting agent for cleaning agents in chemical-related industries.

In 2017, in the preliminary reference to the list of carcinogens published by the World Health Organization’s International Agency for Research on Cancer, ethylene oxide was listed in the list of Class I carcinogens.

Häagen-Dazs emphasized that the products currently sold around the world have not been notified; the raw material suppliers strictly abide by the regulations and no ethylene oxide is used in the products. Regarding the results of this random inspection, “We and the headquarters are actively and cautiously clarifying all aspects, and are cooperating with Taiwan’s competent authorities to carry out relevant inspections to jointly protect consumers’ rights and interests.”

According to the data, Häagen-Dazs was originally an American ice cream brand. After it was sold to Pinsler in 1983, it was incorporated into General Mills .owned by the company.

In 2002, Nestlé purchased 50% of the shares of General Mills in ICE CREAM PARTNERS at a price of more than 1 billion Swiss francs (about 600 million US dollars), which means that it enjoys all the registered trademark rights of Häagen-Dazs ice cream in the United States.

The latest financial report shows that in the third quarter of fiscal year 2022 , General Mills achieved a net profit attributable to common shareholders of the parent company of $1.884 billion, a year-on-year decrease of 2%;

operating income was $14.102 billion, a year-on-year increase of 3.66%. General Mills’ 2021 fiscal year annual report shows that although Häagen-Dazs’ operating income has improved compared with 2020 and returned to the level of the same period in 2019, its share of total sales has declined.