The Japanese National Police Agency believes that if Mount Fuji erupts, volcanic ash may fall not only in areas near Mount Fuji, but also in the Tokyo metropolitan area. 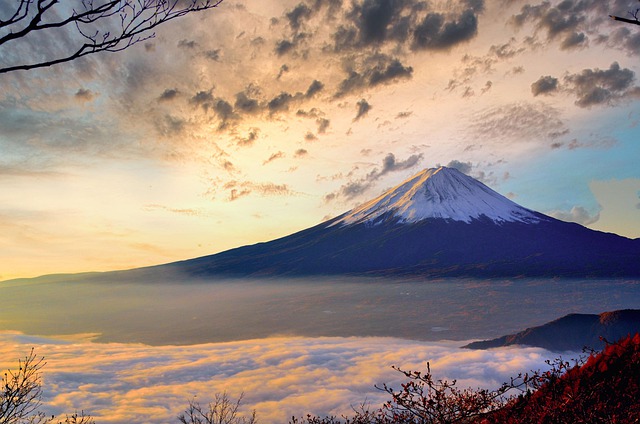 “Mt. Fuji may erupt in the near future” has become one of the common concerns of Japanese public opinion environment in the recent period, especially the residents of Tokyo metropolitan area.

Recently, the Japanese National Police Agency has also begun to make comprehensive preparations for the possible eruption of Mount Fuji. Why did Mount Fuji sleep for over 300 years? What secondary disasters will it bring if it really erupts? What are the environmental impacts?

According to reports, the Japan National Police Agency will purchase dust masks to distribute to local police departments.

The National Police Agency believes that if Mount Fuji in Japan erupts, volcanic ash may fall not only in areas near Mount Fuji, but also in the Tokyo metropolitan area.

For example, NHK (Japan Broadcasting Association) has recently produced a lot of programs about “what effects will happen once Mount Fuji erupts”; on January 2, Yahoo! JAPAN (Yahoo Japan) published an article warning that once Mount Fuji erupted, The total damage will be higher than the Japanese government estimates.

The material ejected by the volcano mainly includes debris, lava, gas and water vapor. Detritus from volcanic eruptions combined with water flow from rainfall, melting of ice and snow from craters, or overflowing water can form debris flows that can wash away roads, bridges, and inundate nearby villages and cities.

Pyroclastic flows, formed by mixing gases and pyroclastic debris, are extremely destructive, lethal and difficult to avoid. The huge shaking from the eruption can loosen the soil around the volcano, causing landslides.

When the lava from the volcanic eruption encounters the sea water, it will also produce a high temperature and corrosive “lava haze”, which is harmful to the human body.

Why did Mount Fuji remain silent for 300 years?

According to historical records, the last eruption of Mount Fuji was in 1707, 315 years ago.

According to the data, at that time, the erupted volcanic ash was so high that it could not be seen, and it erupted continuously for 16 days.

Thousands of square kilometers of volcanic ash were filled around it. The entire Edo area (today’s Tokyo) was almost invisible, and the air was filled with air. The smell of fire and sulphur.

At present, it has been more than 300 years since the last eruption of Mount Fuji. Why is this?

If it is a large-scale eruption, the required magma The accumulation time is relatively long. Previously, the eruption index of Mount Fuji in 1707 was VEI5, and the scale of the eruption far exceeded the average scale of eruptions in the past 2000 years. lots of energy.

From a statistical point of view, if Mount Fuji is based on the average scale of eruption level 3, its recurrence cycle should be around 100 years, but if there are large-scale eruptions interspersed in the middle, this will prolong the time of the next eruption. time.

Experts emphasized that the recurrence period in the statistical sense can only provide some reference for volcanic eruptions, and cannot be used to judge the specific time of a volcanic eruption. Active state and active process.

Will volcanic eruptions cool the planet?

Historically, large-scale volcanic eruptions have led to the phenomenon of “years without summer” in some areas. In 1815, Mount Tambora in Indonesia erupted.

The eruption lasted from April to July of that year, and the Volcanic Eruption Intensity Index (VEI) reached 7, making it the largest volcanic eruption on Earth since the 19th century.

In 1816, Europe, North America and other places experienced a “year without summer”. The United States experienced abnormal frost and snowfall in June and July.

The low temperature and heavy rain in Europe reduced crop yields on a large scale. There are also records of climatic anomalies.

These substances stayed in the stratosphere of the atmosphere for several months to several years, blocking the sunlight, which is equivalent to supporting the earth with a “shade” Umbrella” to lower the global temperature.

So could a big enough volcanic eruption slow global warming? 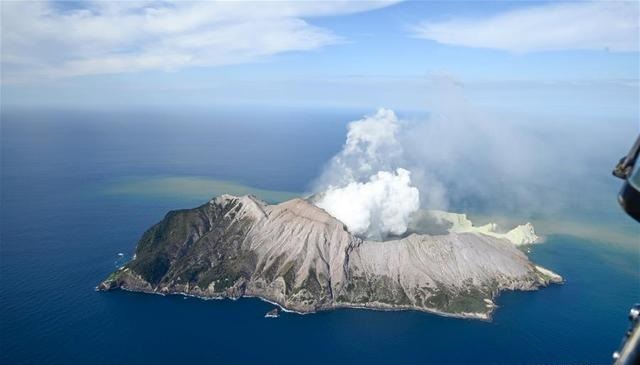 This is an aerial view of White Island after the eruption of the White Island volcano in New Zealand on December 9. Published by Xinhua News Agency (Photo courtesy of the New Zealand Herald, photo by George Novak)

Unfortunately, according to the simulation results, historical volcanic eruptions do not offset the long-term global warming trend caused by anthropogenic greenhouse gases under future emission scenarios.

Hydrogen chloride ejected by volcanic eruptions can react with ozone in the atmosphere, depleting the ozone layer, but the carbon dioxide emitted by the eruption is stable in nature and can stay in the atmosphere for a long time.

Therefore, the impact of volcanoes on the climate is manifested as cooling in the early stage, and in the long run, it may even accelerate global warming in turn.

If Mount Fuji erupts, what impact will it have on our country?

If Mount Fuji erupts, it will bring serious air pollution to the local area. Volcanic ash entering the air will not only affect human health, but also affect the local water resources and ecological environment. cause serious impact.

At the same time, a large amount of extremely high temperature magma brought by the volcanic eruption rushed to the ground, which would also damage the surrounding geological and ecological environment.

However, the direct impact of the eruption of Mount Fuji on other countries outside Japanese may not be large because other Asia countries is in the “upwind zone” of Mount Fuji, the wind blows from west to east, and the volcanic ash produced by the eruption will not “drift” over.

However, if the eruption of Mount Fuji is a “strong volcanic eruption”, it may affect the cooling and rainfall of other countries through atmospheric circulation.

The volcanoes that erupt every year are not only those we see in the news. For example, in 2020, the Merapi volcano in Yogyakarta, Indonesia, the Sakurajima volcano in Kagoshima, Japan, and the Popocatepetl volcano in Mexico all erupted.

In the past 2019, a total of 81 volcanoes around the world erupted to varying degrees.

Some volcanoes are hidden deep in the seabed and have not appeared for the time being, and some have volcanic activity almost every day; while some volcanoes only last for a few weeks or even days from the beginning to the end of the eruption. Taal volcanoes fall into the latter category, and they tend to be more destructive and dangerous.

How many volcanoes are there in the world?

The report said that this is only an estimate, because the data confirm that only 560 volcanoes have erupted in history, and scientists have inconsistent standards for defining volcanoes.

Perhaps the most honest answer to the numbers question is that we don’t have an accurate count of the world’s volcanoes, but there are at least 1,000 identified magma systems on land alone that could erupt in the future, the Smithsonian notes.