However, the success of ICB therapy depends on the presence of high tumor mutational burden (TMB) and immune cell infiltration.

Thus, ICB therapy is largely ineffective against the vast majority of immune ” cold” tumors that lack targetable tumor-specific mutations and / or sufficient levels of tumor-infiltrating lymphocytes .

ICB treatment was only effective in 12.5% ​​of patients

In fact, a recent study showed that ICB treatment was effective in only 12.5% ​​of patients . 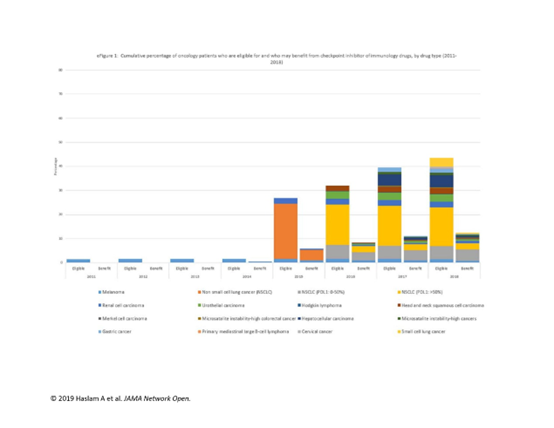 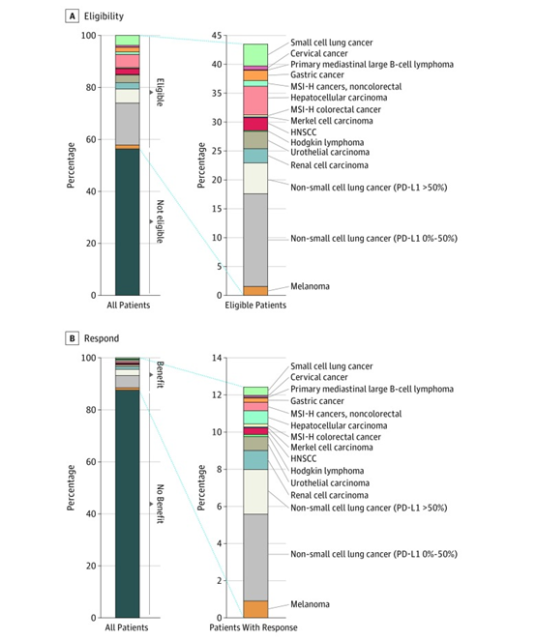 Checkpoint inhibitor drugs are becoming more common, and researchers estimate that about 44 percent of U.S. cancer patients may be eligible for such drugs , while about 13 percent respond to them .

These estimates, though modest, are better than estimates for other classes of oncology drugs, such as genome-targeted therapies (which are estimated to benefit only 4.9% of cancer patients).

More recently, vaccines have resurfaced as a viable option for treating or preventing recurrent cancers.

While promising, the success of cancer vaccines has been hampered in part by the lack of suitable methods to generate high-quality tumor-specific immunity in patients.

Although many vaccination platforms have been created (bacteria, viruses, nucleic acids, etc.), each approach has significant limitations and there is no consensus on the optimal approach to cancer vaccination.

Bacterial and viral vectors are often popular strategies because of their ability to effectively stimulate many inflammatory pathways.

However, the efficacy of bacterial-based vaccines in clinical trials has so far been disappointing, and some platforms have only weakly elicited tumor-specific CD8+ T cell responses.

While viral vectors are generally effective in eliciting responses, their efficacy is reduced in patients with pre-existing vector-specific immunity, and by inducing vaccine-induced vector-specific antibodies that limit repeat immunity.

In contrast, DNA- and peptide-based strategies, while not limited by carrier-specific immunity, have historically demonstrated poor immunogenicity in clinical trials.

While RNA vaccines have had recent success in vaccinating against infectious diseases, their effectiveness in cancer is unclear.

Others have developed a vaccine treatment based on adenovirus, a common virus that trains the immune system to prevent cancer from recurring.

While viral approaches can promote a highly efficient immune response, the effects are usually not long-lasting.

Therefore, boosters are often required to generate an optimal immune response. However, adenovirus enhancers are not particularly effective.

A different type of booster is needed to keep the primed immune system against relapsed cancer.

The researchers turned to a bacteria-based vaccine approach, using a modified form of Listeria monocytogenes, part of the bacterial species commonly found in contaminated food that can cause listeriosis infection that doesn’t make mice or people are sick.

Unlike the adenovirus approach, the Listeria vaccine does not generate a strong immune response, but instead boosts an already existing response.

When the scientists used an adenovirus-based vaccine to prime the immune systems of mice and then provided a Listeria-based booster, the immune cells that attacked the cancer increased 15 -fold. The researchers are currently making a vaccine and intend to start patient enrollment next year.

It is hoped that these results will inspire researchers to develop drugs that benefit more cancer patients than currently exist.