The researchers used eukaryotic repeats assembled from purified proteins to reconstitute the replication of single-, di-, and trinucleotide repeats in vitro, and structurally susceptible repeats were sufficient to impair replication.

While template unwinding is unaffected, leading strand synthesis is inhibited, leading to fork decoupling. Research has found that non-coding DNA is not harmless and may cause cancer .

The researchers reconstructed repeat replication with eukaryotic chromophore repeats and found that DNA alone was sufficient to cause significant front-strand stall .

Therefore, certain DNA sequences are important sources of endogenous replication stress. Noncoding DNA may cause cancer, the study was published in Nature Communications . 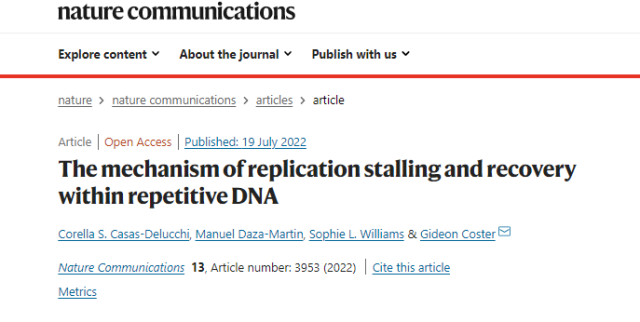 Previous studies have found that noncoding or repetitive DNA sequences make up about half of our genome and can disrupt genome replication.

But until now, scientists didn’t understand the underlying mechanism, or how it could contribute to cancer development.

In the new study, scientists at the Institute of Cancer Research, London, recreated the entire process of DNA replication in a test tube to gain a more complete picture of it.

By characterizing DNA repeats during replication and how they can completely inhibit replication, they increase the risk of errors, which may be an early driver of cancer .

This important knowledge may lead to better drugs and treatments.

The researchers believe the work may also help improve the diagnosis and monitoring of some cancers, such as bowel cancer.

Scientists have found that the DNA replication machinery is able to unwind the DNA double helix when it encounters repetitive DNA sequences, but sometimes fails to replicate the opposite DNA strand.

This error can cause DNA replication to stop, causing the replication machinery to collapse in a manner similar to DNA damage induction.

These findings lead scientists to believe that repeated DNA sequences may trigger damage response signals that indicate that errors in DNA replication have occurred and need to be repaired. 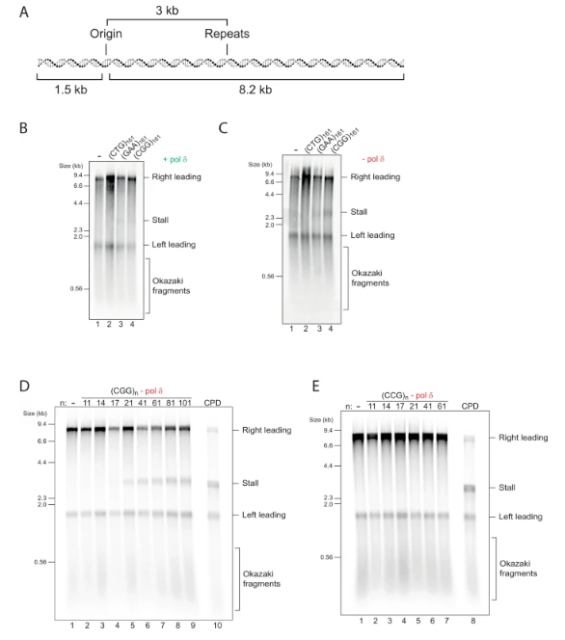 DNA damage and consequent genomic instability are known to promote cancer formation and progression, so this study strengthens the link between noncoding DNA and cancer.

In the 1960s, scientists at the ICR provided the first conclusive evidence that DNA damage was the root cause of cancer.

“Understanding the mechanisms behind genetic mutation and instability is critical if new ways of treating cancer are to be found that exploit the fundamental weaknesses of cancer cells,” said the researchers.

Research into a better understanding of DNA replication, and how it goes wrong, could lead to new ways for cancer to treat the disease.

Why it seems harder for cells to replicate repetitive DNA sequences than the rest of the genome.

Responses triggered by repetitive DNA sequences are very similar to those induced by DNA damage and can lead to cancer.

The study fundamentally advances the understanding of cancer and could help researchers propose new treatments in the future.