Noncoding DNA may lead to the development of cancer

Noncoding DNA may lead to the development of cancer.

Noncoding DNA (also known as “junk DNA”) refers to DNA sequences that do not contain instructions for making proteins, or that can only make RNA that is not capable of translation.

This type of DNA occupies the majority of the genomes of eukaryotes.

For a long time scientists thought that these non-coding DNAs had no role, so these repetitive DNA segments were dubbed junk DNA. 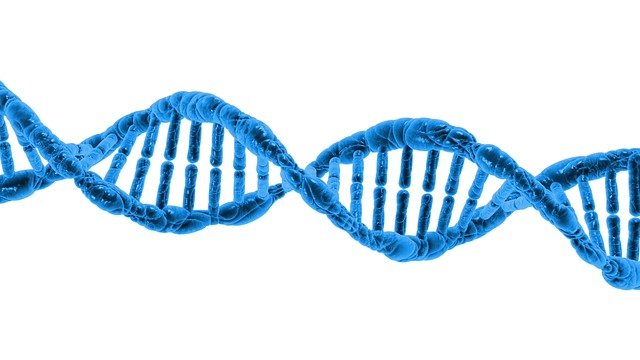 However, scientists have discovered that non-coding “junk” DNA, far from being harmless and inert, may contribute to the development of cancer.

A recent study published in Nature Communications has uncovered how noncoding DNA hinders the replication and repair of our genomes, potentially leading to the accumulation of mutations.

Previous research has found that noncoding or repetitive patterns of DNA that make up about half of our genome can disrupt genome replication.

But until now, scientists have not understood the underlying mechanism, or how it promotes cancer development.

In the new study, scientists at the Institute of Cancer Research, London, reconstituted the entire process of DNA replication in a test tube to gain a more complete picture of it.

The researchers were able to describe how repeating patterns of DNA are replicated during the replication process, and how they can stop copying altogether — increasing the risk of errors that could be early drivers of cancer. This vital knowledge may ultimately lead to better drug and therapy development.

The researchers believe the work could also help improve the diagnosis and monitoring of certain cancers, such as bowel cancer, where common mistakes in replicating repeating DNA sequences indicate whether cancer is developing.

Scientists have found that the DNA replication machinery is able to unwind DNA strands when it encounters repetitive DNA, but sometimes fails to replicate the opposite strand.

This error can cause replication to stop, causing the replication machinery to collapse in a manner similar to DNA damage induction.

These findings lead scientists to believe that repeated DNA sequences may trigger damage response signals that indicate that errors in DNA replication have occurred and need to be repaired.

DNA damage and consequent genomic instability are known to promote cancer formation and progression, so this study strengthens the link between junk DNA and cancer.

Scientists provided the first conclusive evidence in the 1960s that DNA damage was the root cause of cancer.

In the early 2000s, it was discovered that PARP inhibitor drugs could be used as gene-targeted therapy for cancers with DNA repair mutations.

Dr Gideon Coster, head of the genome replication team at the Institute of Cancer Research, London, and head of the study, said: “We wanted to understand why cells seem to have more difficulty replicating repetitive DNA sequences than the rest of the genome. Our research shows that so-called junk DNA is actually in cells It plays an important and potentially damaging role in DNA replication by blocking DNA replication and potentially opening the door to mutations in cancer. Repeated DNA sequences trigger a response very similar to that caused by DNA damage, which we know causes cancer. Therefore, we Our research has fundamentally improved our understanding of cancer, and I hope it will help us come up with new treatments in the future.”

This research helps unravel the mysteries of junk DNA — showing how these repetitive sequences prevent DNA replication and repair.

This mechanism may play a role in the development of cancer as a cause of genetic instability — especially when cancer cells begin to divide more rapidly and thus put more stress on the DNA replication process.

Professor Kristian Helin, chief executive of the Institute of Cancer Research, London, said: “Understanding the underlying mechanisms of genetic mutation and instability is critical if we are to find innovative ways to treat cancer by exploiting the fundamental weaknesses of cancer cells.”

The mechanism of replication stalling and recovery within repetitive DNA.

Noncoding DNA may lead to the development of cancer