On August 9, Reata announced that the PDUFA date of its New Drug Application (NDA) for its Nrf2 modulator Omaveloxolone for the treatment of Friedrich’s ataxia was postponed by the FDA to February 28, 2023.

Friedreich’s ataxia (FA) is a rare hereditary, debilitating, and degenerative neuromuscular disorder usually caused by a trinucleotide repeat in the first intron of the frataxin gene As a result of sequence amplification, the frataxin gene is responsible for encoding the mitochondrial protein frataxin.

It is estimated that there are approximately 22,000 FA patients worldwide, including approximately 5,000 in the United States. There is currently no approved therapy for the treatment of FA. 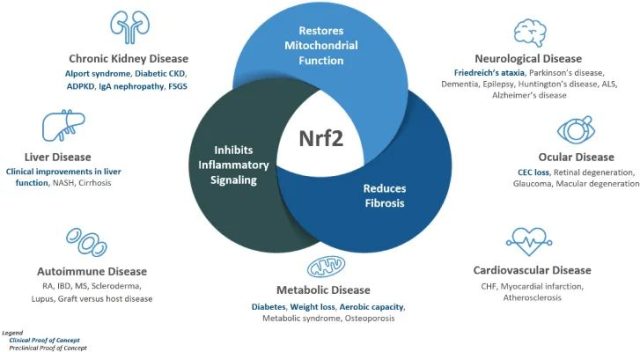 On May 26, the application was granted priority review by the FDA, setting the PDUFA date as November 30, 2022.

Subsequently, at an interim review communication meeting, the FDA stated that Omaveloxolone lacked strong evidence of efficacy and would evaluate its cardiac safety in patients with FA.

Subsequently, Reata conducted a Delayed-Start Analysis of the MOXIe extension study submitted in March in response to the FDA’s query.

Using patient data from the FA-COMS study as controls, this analysis performed a new Propensity-Matched Analysis on data from the MOXIe extension study and analyzed the pathophysiological correlation between Nrf2 and FA. The FDA acknowledged the data.

Part 2 of the MOXIe study is a global, multicenter, randomized, double-blind, parallel, placebo-controlled Phase II clinical trial of 103 patients designed to evaluate the efficacy and safety of Omaveloxolone in patients with FA.

The FA Rating Scale (FARS) is a series of physical examination assessments to measure disease progression in patients with FA.

mFARS is a modified version of this rating scale used in clinical trials to assess the efficacy of investigational FA drugs.

The results showed that the study met its primary endpoint of a significant improvement (decrease) in mFARS score of 2.4 percentage points in the Omaveloxolone group compared to the placebo group (n=82; p=0.014).

The MOXIe Part 2 extension study was designed to assess the long-term safety and tolerability of once-daily open-label once-daily Omaveloxolone in patients with FA at Week 72.

Continued treatment effects were also consistent, meeting the criteria for non-inferiority. In addition, the mFARS score of disease progression at year 3 was significantly better in the MOXIe expansion group than in the FA-COMS group (p=0.0001).

On August 8, the FDA officially responded that the data was a major revision to this NDA and extended the Prescription Drug User Fee Act (PDUFA) date to provide time for a full review and analysis of the new data.

Warren Huff, CEO of Reata, said: “We are delighted that the FDA has decided to review the new data we recently provided them.

We are still working to maintain communication with the FDA to ensure that the marketing application for Omaveloxolone for the treatment of patients with FA is approved as soon as possible. There are currently no approved treatments for this disease.”