Japan COVID-19 epidemic worsens and the medical system is overwhelmed

Japan COVID-19 epidemic worsens and the medical system is overwhelmed. There were more than 200 new deaths in a single day in 9 of the 11 days up to the 18th…

According to Japanese media report, if you walk into public places such as supermarkets, restaurants, and stadiums in Japan, in addition to wearing masks, it reminds the public that the COVID-19 epidemic has not passed, and everything seems to be calm. However, the epidemic figures paint a different picture: Japan has accumulated more than 6 million new confirmed cases of COVID-19s in the past month, and 9 of the 11 days up to the 18th, there were more than 200 new deaths in a single day.

As of 0:00 on August 19th, the epidemic situation in Japan is confirmed.

The number of confirmed infections in Japan’s “seventh wave” since July remains high.

According to the statistics of the Japan Broadcasting Association TV, there were 255,534 newly confirmed cases on the 18th.

Once infected, many local people will be isolated at home with mild symptoms. If the patient unfortunately has severe symptoms, hospitalization will be a big problem.

According to statistics from the Ministry of Health, Labour and Welfare of Japan, as of the 10th, more than 1.54 million infected people in Japan have been quarantined at home, a number that has also hit a new high since the epidemic began in Japan.

Among them, the Japan Broadcasting Association TV reported on the 16th that the utilization rate of COVID-19 beds in the main island area of ​​Okinawa Prefecture has been overloaded, and the beds other than the COVID-19 are also very tight, and it is very difficult to be hospitalized for injuries or sudden illnesses.

The situation in Tokyo is also not optimistic. The Tokyo Metropolitan Government announced on the 16th that the occupancy rate of hospital beds is about 60%, which does not seem to be tense, but due to the fact that there are many infected or close contacts among local medical staff, the medical staff is insufficient.

Masataka Inoguchi, vice-chairman of the Tokyo Metropolitan Medical Association, said on the 16th that the occupancy rate of hospital beds for COVID-19 patients in Tokyo is “approaching the limit.”

In addition, 14 medical institutions in Kyoto Prefecture, including the Hospital Affiliated to the Faculty of Medicine of Kyoto University, issued a joint statement on the 15th saying that the epidemic has reached a very serious level…

The COVID-19 hospital beds in Kyoto Prefecture are essentially saturated and are now in a state of “could have been saved.” life cannot be saved” medical collapse.

The statement called on the public to avoid non-urgent and unnecessary going out, and said that contracting the new coronavirus “is definitely not a simple cold-like disease”, calling on people to continue to be vigilant and take daily precautions.

In addition, it was learned on the 18th that Japan’s Ministry of Health, Labour and Welfare is exploring the use of a fixed-point method of counting reports from specific medical institutions to monitor the epidemic, instead of grasping the total number of infected people.

“According to relevant sources, in addition to fixed-point control, the plan discussed by the government also includes narrowing the scope of reporting to critically ill patients. 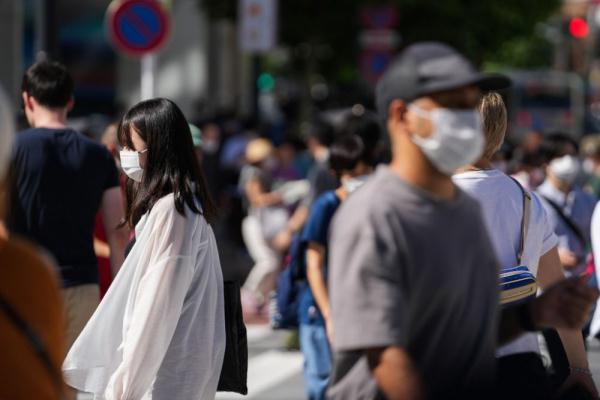 Prime Minister Katsunobu Kato expressed concern at a press conference that the number of infected people may increase further due to the increase in human-to-human contact during the Obon festival when movement restrictions were lifted.

Point-to-point control is a method for the development of diseases such as seasonal influenza and infectious gastroenteritis that have a large number of infected people and do not need to grasp the entire number of people.

For example, for seasonal influenza, the Ministry of Health and Labour conducts weekly statistics on the number of patients seen by about 5,000 designated medical institutions across the country.

Focusing on the possible mutation of the virus in the future, some people at the meeting also expressed cautious opinions on the adjustment method, thinking that “it is important to grasp the total number of people and think about countermeasures.”

On the other hand, there are also opinions that the current method of estimating the number of infected people based on the reports of diagnosing doctors imposes a burden on medical institutions and health care institutions, and it is necessary to reduce the burden.

Japan COVID-19 epidemic worsens and the medical system is overwhelmed