Why did the highly contagious cholera variant mysteriously disappear?

Why did the highly contagious cholera variant predicted to cause the eighth cholera pandemic mysteriously disappear?

A recent study from the University of Cambridge explains why the highly contagious Vibrio cholerae variant that caused major disease outbreaks in the early 1990s did not lead to an eighth cholera pandemic as expected. Instead, it mysteriously disappeared.

The study examined samples of Vibrio cholerae from group O139 and found that its genome had undergone major changes throughout the process, leading to an unexpected decline. 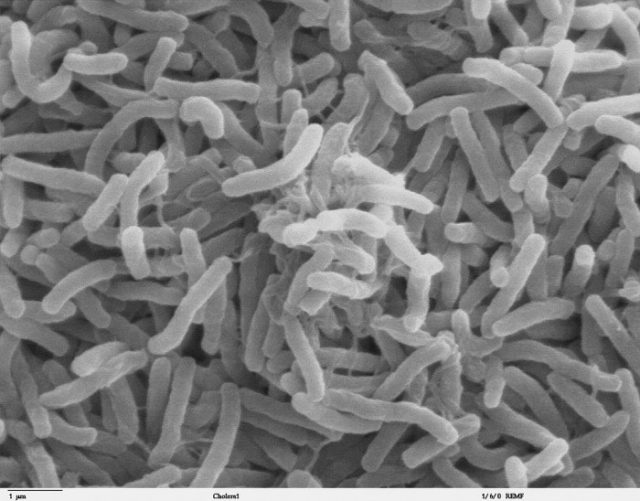 These genetic modifications have resulted in a gradual loss of antimicrobial resistance and a shift in the types of toxins produced by V. cholerae.

These changes may be the reason why O139 failed to trigger an eighth cholera pandemic.

There is currently no close monitoring of Vibrio cholerae. To stay ahead of the evolution of Vibrio cholerae, scientists believe it is necessary to continuously monitor the genes responsible for AMR and toxin production.

This will be particularly helpful in planning vaccine improvements and appropriate public health measures to stop future cholera outbreaks.

The O139 variant was first discovered in India in 1992. It quickly overtook the previous O1 group of Vibrio cholerae, causing massive disease outbreaks in India and southern Bangladesh. 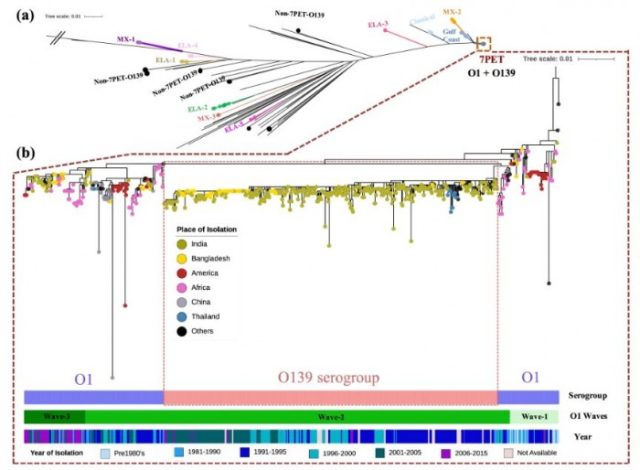 The rapid spread of the O139 variant in Asia surprised scientists, who feared it could lead to an eighth cholera pandemic — so the cholera vaccine was modified accordingly.

But for some reason, the pandemic never happened: By 2015, the variant had largely declined, and the O1 variant had once again established itself as the dominant strain.

Until now, scientists didn’t understand why.

The researchers recently published the article in Nature Communications .

“It is indeed possible that another variant of cholera could emerge, potentially leading to a massive outbreak, which could lead to an eighth cholera pandemic.” The study’s senior author Dr Ankur Mutreja from the Institute of Therapeutic Immunology and Infectious Diseases, University of Cambridge “Continuous monitoring of the spreading variant is our best chance of preventing a large outbreak,” he said.

It has only caused large outbreaks in places with poor sanitation and sanitation, so it is largely confined to developing countries.

Cholera also occurs when water and sewage systems are disrupted by war or natural disasters.

Recent news reports have warned that the Ukrainian city of Mariupol, nearly devastated by weeks of Russian shelling, is now at risk of a cholera outbreak. In the past 200 years, seven cholera pandemics have killed millions around the world; the seventh is still ongoing, with massive outbreaks in Yemen and Somalia.

The leading variant of Vibrio cholerae, the bacterium that causes cholera outbreaks today, was called O1 and was created in the 1960s — replacing all variants that existed before.

The new study, which analyzed samples of 330 O139 variants taken between 1992 and 2015, revealed two key changes in its genome that may have contributed to its decline in three overlapping waves of disease transmission.

Before the O139 variant, cholera was sensitive to many antibiotics. But O139 is resistant to these antibiotics, which may be why it quickly became the dominant variant.

The study found that O139 started with several genes that made it resistant to antibiotics. But it gradually lost those genes over time.

At the same time, the O1 variant acquired antibiotic resistance.

“When it first appeared, the O139 variant of cholera was antibiotic-resistant. But over time, that resistance was lost — and the pre-existing O1 variant gained resistance and Re-established myself,” said Mutreja.

The World Health Organization (WHO) estimates that there are 1.3 million to 4 million cases of cholera and 21,000 to 143,000 deaths worldwide each year.

There have been seven cholera pandemics, all caused by the O1 variant of Vibrio cholerae, the first recorded in 1817.

Why did the highly contagious cholera variant predicted to cause the eighth cholera pandemic mysteriously disappear?