Why is the paper about Novartis $2.1 million AAV Gene therapy withdrawn?

Why is the paper about Novartis $2.1 million AAV Gene therapy withdrawn?

The relevant papers have been withdrawn, what do you think?

On October 6, 2022, Nature Biotechnology (IF=68) withdrew a preclinical study of “Zolgensma” due to “inaccurate data”.

The drug is Novartis’ AAV gene therapy drug for the treatment of spinal muscular atrophy (SMA) in children under 2 years of age.

Zolgensma is priced at US$2.1 million per dose and can be administered intravenously in a single dose, which has caused controversy in the industry due to its high cost. 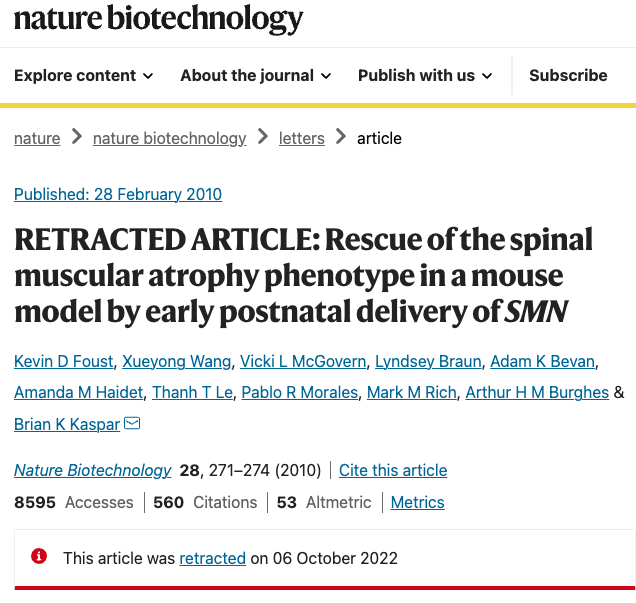 Spinal muscular atrophy (SMA) is a rare autosomal recessive neuromuscular disorder that affects 90% of infants with SMA beyond 2 years of age.

From the perspective of clinical therapeutics, disease modifying therapy (DMT) drugs for SMA have been launched in succession since 2016.

The world’s first drug for the treatment of SMA The DMT drug is nusinersen, and in May 2019, the first gene replacement therapy drug Zolgensma was also launched abroad.

How will the retraction of this paper affect this highly anticipated drug?

As early as 2019, the FDA announced that an early animal test data of the drug had tampering problems. The FDA pointed out that although the data problem was an active notification, AveXis Inc. (acquired by Novartis in 2018) knew about the drug before it was launched, but did not notify the FDA until the product was approved.

The incident once sparked heated discussions from all walks of life. However, in March 2020, the FDA closed its investigation into the case, saying the data would not affect the safety or efficacy of Zolgensma. 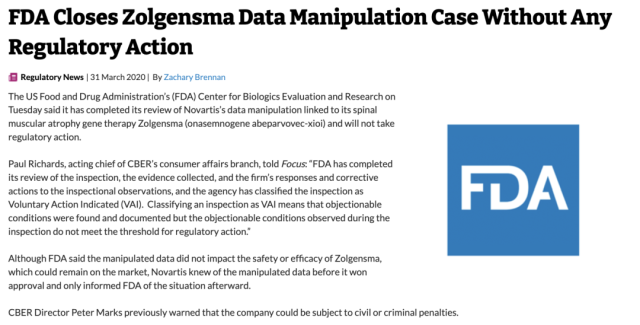 The retracted article by Nature Biotechnology is Rescue of the spinal muscular atrophy phenotype in a mouse model by early postnatal delivery of SMN published in 2010.

In 2021, the authors of the article alert the journal to an inaccuracy in Figure 1e: a Kaplan-Meier curve representing spinal muscular atrophy mice receiving scAAV9-SMN gene therapy or a control scAAV9-GFP vector survival rate.

In 2022, the authors provided a source data file for the graph, confirming that there were multiple discrepancies in their reported mouse lifespan, and the process for including or excluding animals from specific analyses. It is particularly noteworthy that the original article reported that 6 mice that received gene therapy survived for more than 250 days, but only 1 actually survived.

Therefore, the editors and reviewers of the journal judged that the data of the article was no longer sufficiently credible and decided to withdraw the manuscript.

Combining the actual research content and the attitude of the journal, Dr. Mao Shanshan believes that the impact of the retraction of the manuscript on the clinic may be relatively limited: “Judging from the retraction of this manuscript, the content of the article mainly involves preclinical research, but in fact, because of genetic The follow-up clinical data of the treatment are quite impressive.

Even if the author of the preclinical data problem reminded the journal a year ago, the current result is only a retraction, and no more serious punishment has been given to Novartis and its products.

In fact, Novartis has started clinical trials of gene therapy for children with late-onset SMA in China. If such a retraction event occurs, the SMA patient group will inevitably have certain concerns. But for doctors, it is more important to communicate with patients in detail and tell the truth. Most parents are still willing to “give it a try” because they may pay more attention to the data of clinical trials. “

Back to the drug itself, there have been many clinical data disclosures abroad.

Novartis started a trial in 2014 to evaluate the safety and efficacy of intravenous AVXS-101 (trade name: Zolgensma) in spinal muscular atrophy type 1 (SMN1), according to the US Clinical Trials Registry.

Results showed significant improvement in motor function assessed with Zolgensma in children with clinical symptoms prior to 6 months of age and with the Children’s Hospital of Philadelphia Neuromuscular Disease Infant Test CHOP INTEND 1 month after infusion. 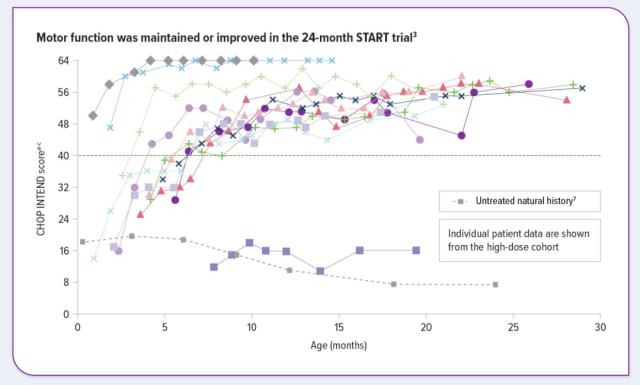 In the study, 13 children with SMA type 1 received a single low-dose or usual dose of onasemnogene abeparvovec (brand name: Zolgensma) for 6.2 years.

The study results indicated that onasemnogene abeparvovec provided sustained, durable efficacy in patients treated with commonly used doses, with all patients alive and without the need for permanent ventilation.

In view of its risk of acute severe liver injury, acute liver failure and elevated transaminases, the FDA also added a boxed warning to its label.

Ke Nan (pseudonym), a senior practitioner in the pharmaceutical industry, believes: “From the retraction statement, the main effect is the efficacy data of experimental model animals, and the mechanism of action of Zolgensma has not been overturned. In drug research and development, from the mechanism of action to the actual clinical practice The transformation of benefits depends more on the results of clinical trials and applications.

Therefore, this retraction will not have a huge impact on the drug. While regulators focus primarily on safety in animal test data, flaws in efficacy data are unlikely to have serious consequences. “