Cancel cells died after they couldn’t swallow their own cell membranes.  Can cancer cells really swallow themselves? Another breakthrough makes it possible to kill cancer cells!

In order to survive the dangers that threaten their lives, cancer cells use a special method, which is to eat part of the membrane that covers them. A group of research teams from Denmark discovered this characteristic of cancer cells in their experiments for the first time.

In this study, a team led by team leader Jesper Nylandsted from the Danish Cancer Society Research Center and the University of Copenhagen studied cancer cells from another perspective. They focused their research on cell membranes, and they found that cancer cells repair their damage by swallowing their own cell membranes. If cancer cells do not feed themselves in this way, the damage and threats they suffer are enough to cause them to die. This conclusion was published in “Science Advances” with the title of the article: “Restructuring of the plasma membrane upon damage by LC3-associated macropinocytosis”: 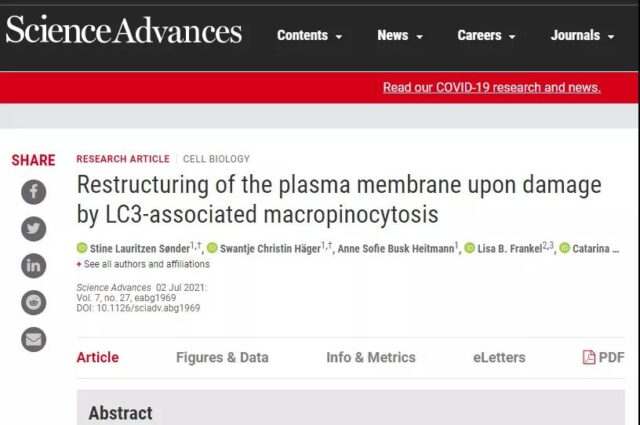 Whether it is an ordinary cell or a cancer cell, the cell membrane is the outer skin of the cell, which plays an important role in coating and protecting the entire cell. Therefore, the damage of the membrane may endanger the life of the cell. The inside of the cell is fluid, so as long as there is a hole in the membrane, the cell will emerge and die—just like when a balloon filled with water breaks a hole, the water flows out, and the balloon just It’s completely broken.

Therefore, when the cell membrane is damaged, it must be repaired quickly. The Danish research team showed that cancer cells use a method called endocytosis when they repair themselves. This is a method that cells will use in other situations. The cancer cell pulls the intact cell membrane to the damaged area and quickly seals the hole in just a few minutes. Next, the damaged part of the cell membrane divides into small spheres, which are transported to the lysosome of the cell, where they are broken down.

In response to this feature, in the laboratory, researchers use lasers to destroy the membrane of cancer cells. The laser shoots out small holes in the membrane and triggers endocytosis. At this time, they believe that if the formation of small spheres in the cell membrane is inhibited by certain substances, thereby blocking the process of forming the small spheres, the cancer cells will no longer be able to repair the membrane damage and will die. 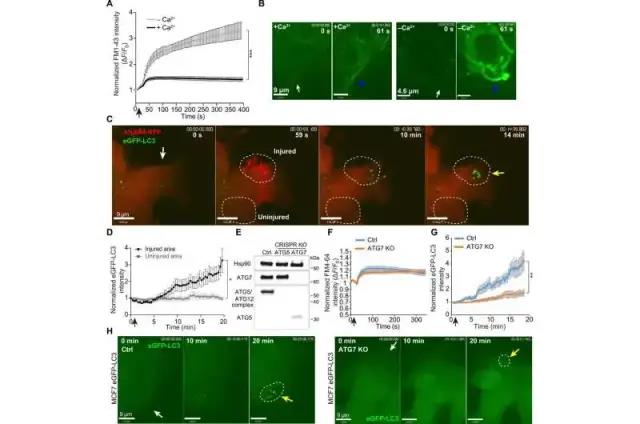 “Our research provides very basic knowledge support for the theory of how cancer cells survive when they are injured. In our experiments, we also found that if the formation of small spheres is blocked, cancer cells will It is impossible to repair the cell membrane and die. This lays the foundation for future endocytosis treatments. This view will last a long time, but it will be interesting,” Jesper Nylandsted said. For many years, he has been studying how cancer cells repair their membranes.

One of the most harmful features of cancer is the spread of cancer cells in the body. If the tumor grows in a new part of the body, this cancer becomes more difficult to treat and usually requires a more extensive form of treatment. When cancer cells spread between human tissues, their membranes are particularly vulnerable to damage.

Researchers from the Danish Cancer Society have previously demonstrated how cancer cells use another method to repair their membranes, which is to throw away their damaged parts, just like a lizard loses its tail.

However, many experiments have shown that especially aggressive cancer cells use endocytosis. This may be because the damaged part of the membrane can be used by cancer cells again after being degraded in the lysosome. This cyclical function is of great significance to cancer cells because they divide frequently and often require a lot of energy and materials for new cells to survive.

Although the researchers have published their research results, their work is far from over. Another member of the research team, postdoctoral fellow Stine Lauritzen Sønder, stated: “We will continue to explore how cancer cells protect their cell membranes. Especially with regard to the method of endocytosis, what happens after the cell membrane is closed? What’s the change. When cancer cells repair their cell membranes for the first time, they are a little rough and not so detailed, but later they will make more comprehensive repairs to the membranes. This may be another weakness of cancer cells, and we want to go further. The question of research.”

In the process of scientific research on the various characteristics of cancer, any important new discovery and understanding of the characteristics of cancer cells is very likely to bring new methods to the problem of how to remove cancer cells as much as possible. The development process is tortuous. Every conclusion of the scientific community on cancer research should be taken seriously, and new treatment methods should be summarized in practice.