When it comes to controlling the COVID-19 epidemic, few countries seem to be willing to do the same as China. Now, many countries have reopened their borders and relaxed epidemic prevention and control.

And Beijing continues to implement its zero infection policy. The latest example is: an inbound passenger quarantine center with 5,000 rooms will be opened in the southern metropolis of Guangzhou in a few days.

Located on the outskirts of Guangzhou, this huge complex consists of rows of three-story buildings (pictured), with gray roofs in traditional Chinese style, and an area equivalent to 46 football fields.

The entire center was built from scratch in less than three months. It will replace designated segregated hotels located throughout Guangzhou. This move aims to reduce residents’ exposure to imported cases.

Inbound passengers will be transferred here directly from the airport by bus, and then stay in their respective rooms for at least two weeks. The walls of each room are equipped with smart panels that integrate functions such as one-key calling and rapid temperature measurement. Three meals a day are delivered by robots —–these arrangements are designed to minimize Direct contact with staff. 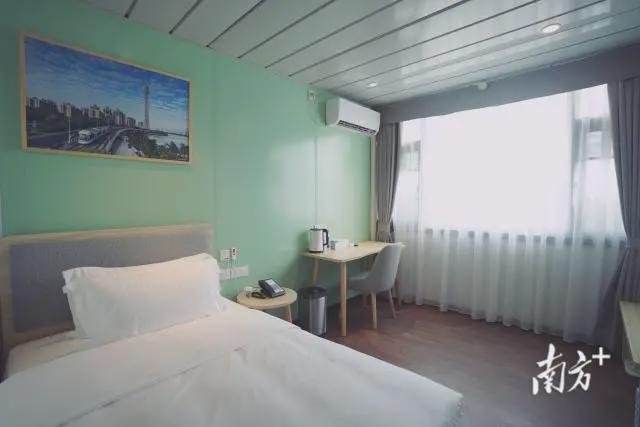 Huang Yanzhong, senior researcher for global health at the US Council on Foreign Relations, said: “It can be said that this is the most advanced isolation center in the world, very high-tech and very advanced.”

Guangzhou International Health Station is the first such isolation center in China. Experts say that as the Chinese government strengthens its uncompromising and zero tolerance policy for the COVID-19, there may be more health stations in the future.

An “International Health Post” is also being built in Dongguan, the manufacturing center about an hour away from Guangzhou. Further south, Shenzhen, the science and technology center, plans to build similar facilities.

Huang Yanzhong said: “This is not a temporary measure. Chinese leaders believe that the epidemic will continue and China will continue to strictly control its borders.”

But in May of this year, the highly contagious mutant delta strain caused an epidemic in Guangdong. A provincial health official said that Guangdong accepted 90% of inbound tourists at the time, and about 30,000 people were quarantined at 300 centralized facilities every day. In late June, Guangdong contained the epidemic. But officials believe that existing measures are not enough to keep the virus out. Zhong Nanshan, a senior government public health adviser, told the media that Guangzhou will build a centralized isolation facility for inbound tourists.

The project started quickly, and more than 4,000 workers were assigned to the construction site. The facility was completed earlier September, and the first batch of 184 medical staff moved in last week to prepare for the official launch.