COVID-19 Vaccines: China has no place for Phase 3 Trials

COVID-19 Vaccines: China has no place for Phase 3 Trials because China’s defense epidemic is too good to be done, according Dr. Bo, Shining working in ICU of Peking University Third Hospital by 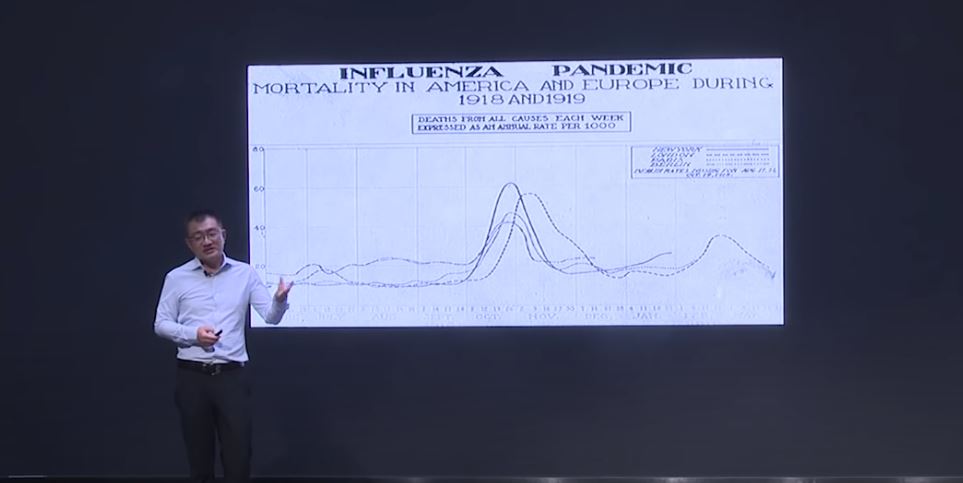 The speech of Dr Bo, Shining as below:

Hello everyone, I am Bo Shining, a doctor in the ICU of Peking University Third Hospital. Today, I will talk to you about the COVID-19 pneumonia from the perspective of medical practitioners.

The COVID-19 pneumonia, ordinary people think it is a black swan incident. From the perspective of our doctors, it is different from the understanding of economists, political scientists, and international relations experts. People have only been on this earth for a few million years, but the virus has a history of hundreds of millions of years, so the earth is originally bacteria and viruses. Yes, they never come by accident.

Of course, this lecture wants to tell you about vaccines, whether they are safe or not, and what are the principles of vaccines.

Viruses and people are playing games all the time every day. We don’t know when the virus will come, but we know that it will come again in the future. On February 4th, I wrote an article called “Why Viral Pneumonia Is So Hard to Treat”. This article has tens of millions of hits and was also selected by the “People’s Daily” to popularize some basic knowledge and knowledge about COVID-19 pneumonia. principle.

Speaking of this year’s epidemic, our doctors like to make some comparisons with the 1918 pandemic. There were three waves of the 1918 pandemic. The second wave was the most serious. The first wave, the small case, and the second wave, God really made a joke with the entire human race. The three waves of epidemics have caused 500 million infections worldwide, with a mortality rate of nearly 10%, and 50 million deaths. Take the United States as an example. The epidemic reduced the average life expectancy in the United States from 51 to 39 years, a total reduction of 12 years.

The second wave of the epidemic occurred in October and November, which suddenly caused an outbreak in the United States and Europe. Half of the patients who died were young and middle-aged between 20 and 40 years old. This is strange. Many historians, doctors, scientists, virologists, and biologists are studying why they were 20 to 40 years old. So many people died at this age. There is also a word called inflammatory factor storm.

Today we will use modeling to show the trend of the plague. For example, like SARS, we will think about whether it is because of temperature changes that the plague is gone. In the 1918 pandemic, the core and most critical factor was the change in human behavior. Modeling showed that if masks were worn in the early stage to reduce aggregation and isolation, the mortality rate of that year could be reduced by more than 50%. When the COVID-19 pneumonia just started, our country carried out isolation, prevention and control in a timely manner, which really scared the virus away.

During a flu outbreak, in the United States, spitting can be fined or even imprisoned. But it was too late to issue these administrative orders. At that time, the hospitals in the United States were full. This virus was very lethal in the early days. However, the fatality is very strong and it is the weakness of the virus itself. Severely ill patients are kept in the hospital, and those who go out are generally asymptomatic infections or mild cases. Therefore, over time, the virus is artificially poisoned. The force selectivity is reduced.

But the story is not over yet.

Eighty years later, there was a very small village in Alaska. 72 people died from the flu in 1918. The place in Alaska was very cold. At that time, the corpse was treated directly by burying it and then covering it with ice and snow. Later, scientists dug up the grave. The virus from the 1918 flu was reproduced in the body. Later in birds, the virus mutated and it was called H1N1.

Therefore, throughout the history of the game between humans and viruses, viral diseases have always been with us, but we don’t know when it will come.

For viral diseases, it is difficult for us to find specific medicines at an early stage. On August 23 this year, the US FDA approved a resolution called Emergency Application Authorization (Recovered Serum). Trump said that this was a historic breakthrough. As soon as he said it, Americans began to scold him, saying that in the late 19th century and early 20th century, serum was used to treat diseases. At that time, it was to treat diphtheria. In fact, the fight against SARS, MERS, Middle East Respiratory Syndrome, Ebola virus, and Zika virus are all useful.

But its effect is not so good. Our human body produces many kinds of antibodies against the same virus. Therefore, there are many kinds of antibodies in the plasma, and the effect may not be accurate. Moreover, we take 400 ml from the recovered patient and inject it into the patient. It is like a fire. You may not solve the problem if you splash a glass of water.

Because there is no specific medicine, the British experts mentioned herd immunity in the early stage of the outbreak of COVID-19 pneumonia abroad, saying that after everyone is infected, we are not afraid. It turned out that after the infection, it took about four months to produce antibodies. The group of people who were infected in February became infected.

Although facing so many difficulties, the average life expectancy of human beings is constantly increasing. The average life expectancy in China is approaching 80 years, and that in Shanghai is 83 years old. The ancients lived in caves, drank mineral water, and absorbed natural air. The oxygen ions were high, but the ancients could only live 30 years old because of various bacteria and viruses.

Humans and viruses are an open process of mutual game. Humans can only rely on their own immune system and build their own Great Wall to resist virus infection. Just like the principle of anti-fragility, a glass falls on the ground and breaks. This is called fragility, but if you throw a ping pong ball hard, it will bounce higher, which is called anti-fragile. The human immune system is an anti-fragile system of the human body. The AIDS vaccine has been studied for so long. In fact, this patient can also produce antibodies, but the Phase III clinical trial found no effect. This is the most terrifying.

The Phase I and Phase II clinical trials of the COVID-19 vaccine have been completed. Many people have asked me whether this vaccine is safe, so I can answer that it is very safe. Many people are not worried about whether they can fight, then they can definitely fight. The first and second phases of clinical trials are mainly based on safety, and the third phase is mainly to put it in a real virus scenario to see if it has any effect.

Now many companies have begun to produce the COVID-19 vaccine, and it has been prepared in advance before it has been approved by the state. After the country has completed clinical trials and approved the clinical application, it can be used clinically in a timely manner. When the COVID-19 vaccine is officially popularized, according to the current speed, personally guess that it will be widely vaccinated around January next year. The difficulty now is that it is not easy to find a place to do Phase III clinical trials. You have to contact foreign countries. China has no conditions. There is no way that foreign countries do not do it for you.

The COVID-19 has caused us to face the worst human public health crisis in 100 years. How will we overcome this virus? Without specific medicines, there are many problems with the sera of recovered patients. We must develop antibody drugs through the antibodies in the sera of recovered patients, and more importantly, vaccines. We must use the anti-fragility principle of vaccines to stimulate human immunity and ultimately defeat the virus.

Finally, I will talk about a picture from the movie “The Wandering Earth”. There is a description of hope in “The Wandering Earth”. It says that when the earth will break through Jupiter’s rigid Roche limit and enter the irreversible disintegration process, no matter what the future end will be Where to lead human history, we choose to believe in hope, because hope is something more expensive than diamonds, and hope is the only way we go home. We look back on the past and look to the future. In fact, medicine always releases light and illuminates our progress. The way.