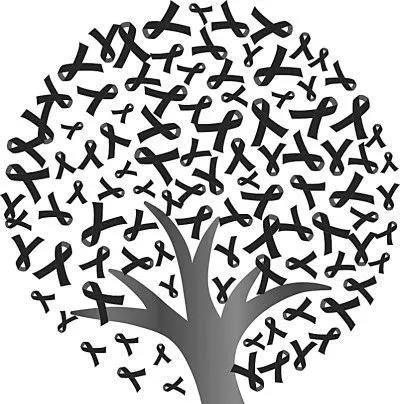 China International Television’s official Weibo CGTN reported on December 3 that China’s AIDS vaccine may start a phase III trial next year. Shao Yiming, the chief AIDS expert of China’s CDC, said in an interview that AIDS vaccine is one of the most difficult scientific subjects facing mankind, and AIDS vaccine research must be increased. At the same time, he pointed out that vaccines are only one of the many ways to prevent and treat AIDS, and comprehensive prevention and treatment measures must be adopted to combat AIDS.
HIV anti-epidemic enlightenment

December 1st is World AIDS Day. On the same day, Popova, director of the Russian Federation’s Consumer Rights Protection and Public Welfare Supervision Agency, revealed in Moscow that Russia has developed a prototype AIDS vaccine.
Popova said that Russia has been involved in the research and development of AIDS vaccines for many years. There are currently several AIDS prototype vaccines in Russia, including prototype vaccines developed by the Russian “Vector” Virology and Biotechnology Research Center and other institutions.

Like other viruses, the coronavirus is the “master” of deciphering the human immune system. The new coronavirus has indeed cracked the human immune system. Imagine that this virus is like an intelligent biological machine. In order to adapt to the living environment, it constantly changes and copies its own DNA. The reason why such viruses can cause a widespread epidemic is largely due to the use of three human weaknesses: fragile physical defenses, gathering social behaviors, and growing political differences.

How will the confrontation between humans and viruses unfold in the next few years or even decades? Can new vaccines and therapeutic drugs really inhibit the spread of the virus or eliminate it? No one can answer these questions. But in the long-term fight against HIV, some of the lessons we have learned can be used to predict what may happen in the future. For humans, AIDS is undoubtedly a difficult disease to deal with, and HIV is also a well-deserved “master” in deciphering the human immune system. As of the end of 2019, about 33 million people have died of AIDS globally, and the total number of people infected is 76 million. Scientists estimate that there are 1.7 million new infections each year.

Early research on the mechanism of HIV infection has shown that developing an effective vaccine is not only time-consuming, but also very challenging. With the outbreak of AIDS, we began to track the levels of antibodies and T cells in patients. The high levels of antibodies and T cells in the patients indicate that their body’s immune response is extremely active, even exceeding that of any other disease. But even if the body’s immune response is strong, it is not enough to completely eliminate HIV in the body.

Unlike poliovirus, which can be cured by one treatment and the body can maintain immune memory for a long time, HIV is more like an “entangled” virus. Once infected by it, it will always exist in the infected person until it destroys them. immune system.

In the end, the patient cannot resist even the slightest other infections. In addition, HIV is still evolving, and this cunning opponent is trying to avoid the immune response in the human body. Although this does not mean that we cannot develop a successful AIDS vaccine, it was really difficult in the 1980s when the virus broke out.

In 1988, I told the Presidential Committee on the AIDS Epidemiology in the United States: “No one can be sure whether an AIDS vaccine will appear. This does not mean that we cannot develop such a vaccine, but it is impossible to determine its effect.” But at 30 Today, many years later, we still do not have an effective AIDS vaccine.