COVID-19 Vaccine: US UK Canada Much Higher Possession. The distribution of COVID-19 vaccine is uneven, and the per capita possession of Canada, the United States, and the United Kingdom is much higher than other countries

According to estimates by multiple COVID-19 vaccine developers, one-third of the world’s population will be vaccinated by the end of 2021. A study in Nature magazine on November 30 revealed the side behind this number: The earliest vaccines were monopolized by European and American countries, and low-income countries can only wait until 2023 or even after 2024.

Rasmus Bech Hansen, CEO of London-based life science market analysis company Airfinity, said that there are currently three vaccines that will be widely promoted, including AstraZeneca, Pfizer, and Moderna’s COVID-19 vaccine. The total production capacity of the three companies is expected to be 5.3 billion doses in 2021, which can theoretically cover 2.6 billion to 3.1 billion people. The vaccine produced by the National Center for Epidemiology and Microbiology in Jamalya, Russia in 2021 can also cover 500 million people outside Russia. 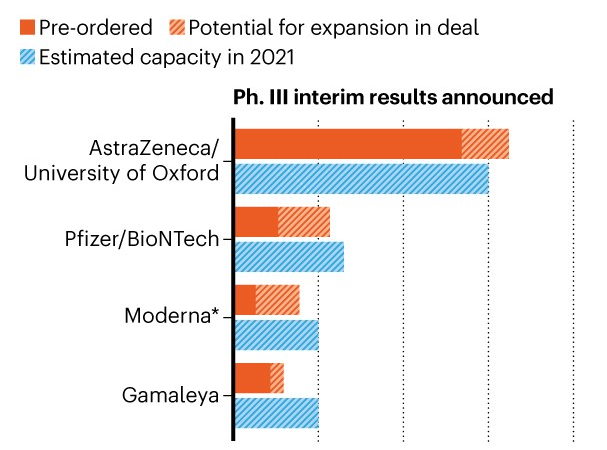 Figure 1. 2021 COVID-19 vaccine production and ordering chart of the four major vaccine manufacturers. The solid orange is ordered, the dashed line is under negotiation, and the blue dashed line is the estimated capacity 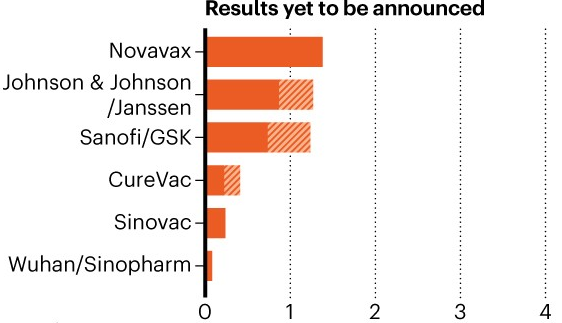 Figure 2. Orders from other vaccine manufacturers

At present, the 27 EU member states and 5 other high-income countries have signed vaccine contracts and ordered half of the production capacity. The population of these countries only accounts for about 13% of the global population. If you count the other 6 candidate vaccines, the total doses of the deals that have been published will rise to 7.4 billion doses, and the deals under negotiation total 2.9 billion doses. Counting these vaccines, the 5 high-income countries plus the EU will receive half of the global total. 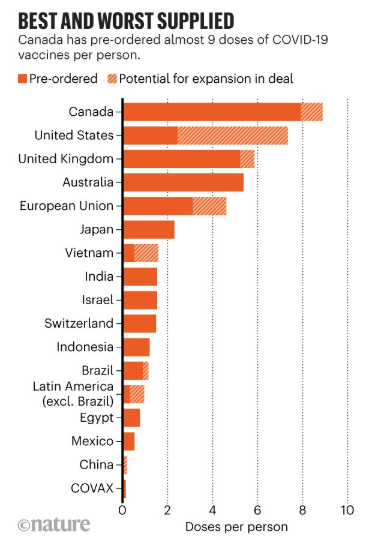 Figure 3. The estimated per capita vaccine allocation of countries (economies) in the world. The top five are Canada, the United States, the United Kingdom, Australia, and the European Union.

Canada ranks first with 9 doses per capita. This is the right thing for their country. It also highlights the dilemma of equitable vaccine distribution. In many countries, the per capita distribution is very low, or even none. In addition to existing orders, local manufacturing will also determine the flow of the first batch of vaccines. For example, India has received orders for more than 2 billion doses because the Serum Institute in Pune, India is the world’s largest vaccine manufacturer.

The short-term supply capacity of low- and middle-income countries is constantly being compressed, and most of them can only rely on COVAX. This is the “COVID-19 Pneumonia Vaccine Implementation Plan” jointly proposed and led by the Global Alliance for Vaccines and Immunization, the World Health Organization and the Alliance for Epidemic Prevention Innovation. It is headquartered in Geneva, Switzerland and provides vaccine funding to low-income countries. So far, it has received about 700 million doses of vaccine, and it is expected to provide 2 billion doses by the end of 2021, with the goal of covering at least 20% of the population of participating countries.

At present, more than 189 countries have signed the COVAX agreement, including some wealthy economies. Countries with saturated distribution capacity will donate part of their vaccines to COVAX, but this still violates the original intention of the fund and does not contribute to fair distribution, because they will donate after meeting their full distribution of vaccines. Things will definitely develop in this way.

According to the current subscription contract, the prices of various vaccines are different. AstraZeneca will provide the vaccine at a price of 3-4 US dollars per dose, which is 5-10 times lower than the estimated price of other companies, such as Pfizer and Moderna. AstraZeneca has promised to provide vaccines on a non-profit basis during the epidemic, and permanently provide them to low- and middle-income countries, while other companies have not made such promises.