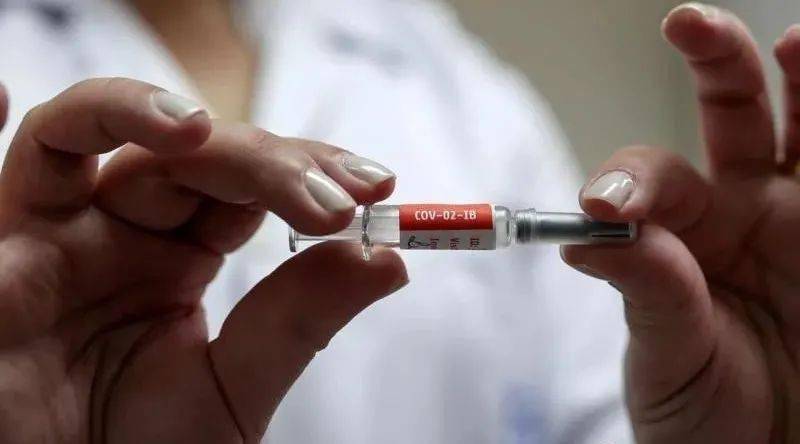 According to the news released on the 23rd by the Chinese vaccine company Beijing Kexing Company’s partner of the Butantan Institute in Brazil, the Brazilian Minister of Health and the director of the Butantan Institute will hold a press conference at 4 pm local time on the 23rd to announce the The results of the COVID-19 vaccine in the country’s phase three trials. Brazilian media “UOL” quoted a statement from Kexing on the 23rd, saying that Kexing vaccine’s test data in many countries showed that it has shown good tolerance in different age groups and can trigger the production of antibodies.

Among the data to be announced, the most concerned by the outside world is the effective data of this vaccine. According to the “Wall Street Journal” on the 22nd, citing people involved in the trial, the results of the trial showed that the Coxing vaccine exceeded the 50% effectiveness threshold that international scientists believed to provide protection.

However, “UOL” quoted the Butantan Institute’s statement that before the press conference, any data on the effectiveness of the vaccine is just a guess. The report also quoted Kexing’s statement on the 23rd, saying, “The vaccine has a total of more than 20,000 volunteers in Brazil, Indonesia, Turkey and Chile participating in Phase III trials. The data collected shows that the vaccine is in (testing) in different countries. Both have good security, and this result is similar to the result seen in China.”

“UOL” said that after the release of the data from the three phase trials such as the effective rate, the Butantan Institute will formally apply to the Brazilian National Health Supervision Agency (Anvisa) to register the vaccine on the same day, and the latter will evaluate it. If the rapid approval of Anvisa can be obtained, the Sao Paulo state government of Brazil will start vaccination on January 25 next year as planned.

According to the Butantan Institute, it has received several batches of Kexing vaccines. In addition, the Kexing vaccine production line of the institute has been launched. It is estimated that by the end of 2020, 10.8 million doses of ready-made vaccines will be available for 5.4 million vaccinations. According to a report from the Brazilian news website “G1”, Anvisa issued a “Good Practice Certification” to Coxing’s factories in China on the 21st. The certification is valid for two years and is a prerequisite for registration and emergency approval of a vaccine in Brazil. Prior to this, Anvisa sent a team to China to inspect the production process of Kexing vaccine.

Due to low storage temperature requirements and competitive prices, Kexing vaccine is considered to be the hope of many developing countries such as Brazil. “If this vaccine gets the necessary approval, I will definitely get it”, Professor Mailer of the University of Brasilia told the Global Times reporter on the 23rd. “I think most Brazilians are looking forward to getting the vaccine because it can Improving the economy and allowing people to return to work is the hope for the world to return to normal life.”

The epidemic data released by the Brazilian Ministry of Health on the 22nd showed that in the past 24 hours, there were 55,202 new confirmed cases of COVID-19 in Brazil, with a total of 73,18821 confirmed; 968 new deaths and a total of 188,259 deaths. Among them, the state of Sao Paulo is the most severely affected. The local government announced on the 22nd that it will tighten the state’s isolation measures during the Christmas and New Year holidays.

Lorenzoni, a girl who runs a small shop in Sao Paulo, told the Global Times reporter that she had lost two sisters in the epidemic and her parents were also very sick. After seeing a doctor affirming Kexing vaccine on TV, she dispelled the previous idea that the vaccine was unsafe and hoped to receive it as soon as possible. “We urgently need the light at the end of the tunnel.”

An immunologist who requested anonymity told the Global Times reporter on the 23rd that Kexing vaccine is an inactivated vaccine with a protection rate of about 80%. This result is quite good. The participation of Brazil and international third-party agencies in the third phase of the trial and the release of relevant data will also help increase the public’s recognition of the safety and effectiveness of China’s vaccines and increase overseas willingness to vaccinate Chinese vaccines.

The Coxing vaccine data released by Brazil is attracting attention from many parties. According to a report by Singapore’s “Straits Times” on the 23rd, Indonesian drug regulatory authorities have sought data on Coxing vaccines from Brazil through diplomatic channels, hoping to receive vaccine safety and effectiveness data before December 28, and finally 1 next year. Began to implement its vaccination plan in September. According to reports, Kexing Vaccine has also launched a Phase III trial in Indonesia, but because fewer volunteers are recruited and there is a lack of susceptible populations such as medical workers, so far there is no data required to obtain approval for registration.

At the same time, the UAE is using China’s Sinopharm vaccine to initiate vaccination for adults across the country. The COVID-19 inactivated vaccine developed by Sinopharm Group was officially registered in the country on December 9. The British “Financial Times” said on the 23rd that the UAE is leading the global vaccination competition. At present, its public clinics, private clinics and field hospitals in the seven emirates provide Sinopharm vaccines.

According to the report, in Dubai, the tourist and commercial center of the UAE, there is currently only one public place that can be vaccinated against COVID-19, that is, a temporary field hospital in a theme park. Security personnel said that they accepted more than 1,200 vehicles every day last week, and some of them queued for several hours before entering. In the vaccination institutions, government medical staff have to receive more than 1,000 doses of vaccines every day, based on the principle of first-come, first-served, and give priority to those with higher risk of severe illness.

The report quoted Trina Moore, a British expatriate who runs a pet supplies company Hanz & Oley in Dubai, as saying, “This field hospital is great, better than most hospitals in the UK.” “The atmosphere is very good and very friendly-I I thought the atmosphere would be tense, but maybe because we finally found a way out of this epidemic, everyone felt a little relieved.”