JMT: Beware of irregular menstruation and beware of endometrial cancer

JMT: Beware of irregular menstruation and beware of endometrial cancer.  The cause of endometrial cancer is not very clear. Most doctors believe that there are two types of endometrial cancer, and there may be two pathogenesis. One is younger. Under the long-term action of estrogen that is not antagonized by progesterone, the endometrium will undergo proliferative changes, which will eventually lead to cancer, but the tumor is well differentiated. The pathogenesis of the other is not clear and may be related to gene mutation. It is more common in postmenopausal elderly people with thin body and low estrogen levels. Around the cancer focus may be atrophic endometrium, the tumor is highly malignant, poorly differentiated, and has a poor prognosis. 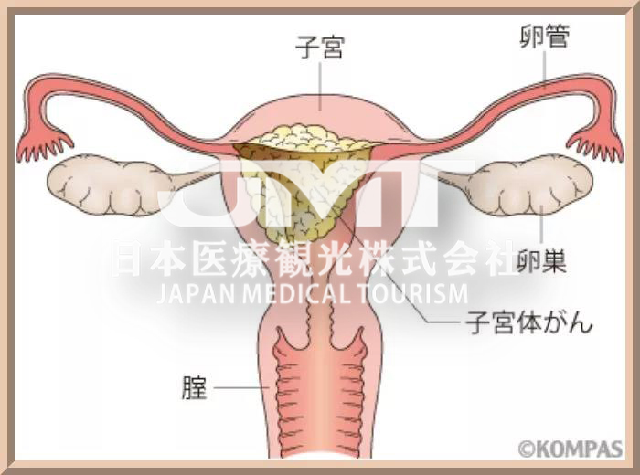 If there is a functional uterine bleeding with anovulatory type or corpus luteum dysfunction, long-term menstrual disorders will cause the endometrium to continue to be stimulated by estrogen, without progesterone resistance or insufficient progesterone, and the endometrium lacks periodic changes. In a state of proliferation.

Especially the infertility caused by non-ovulation of the ovary, the risk of endometrial cancer is significantly increased. Among patients with endometrial cancer, about 15% to 20% have a history of infertility. These patients lack or insufficient progesterone due to non-ovulation or low ovulation, so that the endometrium is continuously stimulated by estrogen. During pregnancy, the placenta produces estrogen and progesterone, so that the endometrium undergoes corresponding pregnancy changes; during lactation, due to the action of the hypothalamus and pituitary, the ovarian function is temporarily inhibited, and the endometrium is free from estrogen stimulation. Infertility, especially infertility caused by anovulation, keeps the endometrium in a hyperplastic state for a long time.

Especially obesity after menopause significantly increases the risk of endometrial cancer. Ovarian function declines after menopause, and androstenedione secreted by the adrenal gland can be converted into estrone in adipose tissue by aromatase. The more adipose tissue, the stronger the conversion ability, and the higher the level of estrone in plasma.

Obesity, high blood pressure, and diabetes may all be the result of hypothalamic-pituitary-adrenal dysfunction or abnormal metabolism. At the same time, the function of pituitary gonadotropin may also be abnormal, resulting in anovulation and no secretion of progesterone, so that the endometrium is continuously stimulated by estrogen for a long time.

Some people believe that premenopausal obesity, especially those obese from a young age, is also a high-risk factor for endometrial cancer, because obese people are often accompanied by relatively insufficient secretion of progesterone during the luteal phase, or accompanied by irregular menstruation or even amenorrhea.

According to related reports, the risk of endometrial cancer in menopausal age> 52 years is 1.5 to 2.5 times that of menopausal patients before 45 years of age. After a few years of late menopause, there is no ovulation, but the effect of estrogen is extended.

Among endometrial cancer patients under the age of 40, approximately 19% to 25% suffer from polycystic ovary syndrome. In patients with polycystic ovary syndrome, the ovarian follicles last for a long time, but they cannot mature to achieve ovulation, which makes the endometrium under continuous estrogen stimulation, lack of progesterone regulation and periodic endometrial shedding, leading to endometriosis Hyperplasia changes.

Those who have used higher doses of estrogen for more than 10 years have a 10-fold increase in the chance of suffering from endometrial cancer. In the absence of progesterone antagonism or insufficient progesterone, long-term estrogen replacement therapy can lead to intimal hyperplasia and even cancer. Endometrial cancer has been reported in young patients with long-term use of estrogen replacement therapy for gonadal dysfunction or Turner syndrome.

However, some people hold objections that even combined estrogen, such as long-term application, still has an adverse effect on the endometrium. It is also recommended that for long-term replacement therapy, the endometrial condition should be closely followed, and endometrial biopsy should be performed if necessary.

In recent years, the application of tamoxifen as an adjuvant treatment of breast cancer has increased day by day. In a report by FoRNAnder et al., a survey of 1,800 Swedish women with breast cancer was conducted. Those who used tamoxifen for more than 2 years, compared with those who did not receive adjuvant therapy or who only used chemotherapy, endometrial cancer The incidence of the former is twice that of the latter. The incidence of endometrial cancer is 5 times that of those who use tamoxifen for 5 years.

In the United States, some people have done a comparative study and found that the incidence of endometrial cancer in women with a high educational level and high economic income is lower than that of women with low economic income. However, some people believe that it may be due to the common application of estrogen replacement therapy in the former, the long time and the obesity.

Whether the pathogenic factors are related to race is still inconclusive. In a retrospective analysis in 1997, Matthews and others pointed out that the incidence of endometrial cancer in white women is higher than that in black women. But black women suffering from endometrial cancer have a low survival rate and a high mortality rate.