[Article on the website of “Medical Express” in the United Kingdom on December 31, 2020] Title: Research on the special variant of SARS-CoV-2 and the unique sensitivity of the vaccine. 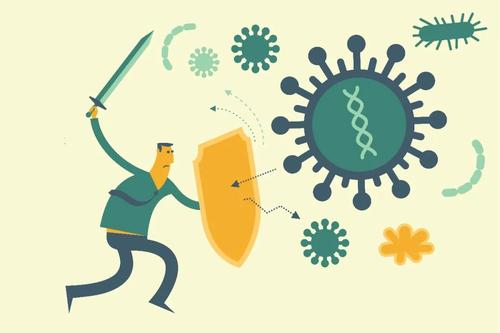 We recently discussed several newly discovered sources of immune gene mutations that control Sars susceptibility. For example, modern people carrying the Neanderthal gene DPP4 or the historical variant of the spike protein cleavage protease TMPRSS2 seem to be at a high risk of infection with severe new coronaviruses. , Other mutations (such as the high expression of TMEM1B gene common in East Asia, or the gene of heparin sulfate synthesis pathway) help explain the disproportionate severity of COVID-19 in some populations.

Two recent papers published in the journals Nature Immunology and Science expand the list of emerging genes to further cover the structural variations of antibodies caused by viruses or vaccines. These variations include Special post-translational modification of anti-RBD (surface spike protein receptor binding domain) rich in afucosylated (IgG1 subclass), essentially means that, for some reason, afucosylated antibody The addition of fucose molecules is lacking in key structural positions.

The arms of the Y-shaped molecule are variable regions called Fab regions, which contain epitopes that interact with the viral spike protein. The single base region contains a constant Fc fragment. Sugar N297 position. In the near-fractal specificity, this glycoform kit also has a biantennary structure similar to the parent antibody, is much smaller, and consists of various sugars (not amino acids). The fucose itself hangs on the stem of the polysaccharide type, just like these glycans hang on the antibody in turn.

For those familiar with the related types of post-translational modification (called ubiquitination), N-glycan bonds form a code similar to ubiquitin. The ubiquitin code is composed of linear and branched subunits of various phosphorylated or acetylated ureas, SUMOs or NEDDs, and the N-glycan code is composed of a heptasaccharide core, which can be further expanded to core fucose and terminal galactose (Gal ), terminal sialic acid (Sia), and GlcNAc is divided into two through selective enzymatic glycosylation reaction.

The authors of these new papers found that patients with severe SARS-CoV-2 (especially male patients) are more likely to have IgG1 antibodies with afucosylated Fc glycans. The final result of afucosylation has been confirmed to enhance its interaction and binding with the immune-activated Fcγ receptor FcγRIIIA, which increases the cytokines (such as interleukin 6 and TNF) produced by monocytes. It should be noted that standard Fc receptors for human IgG include activation receptors (FcγRI, FcγRIIA, FcγRIIC, FcγRIIIA and FcγRIIIB) and inhibitory receptors (FcγRIIB). Most immune effector cells express both activation and inhibition of FcγRs, so the final result of IgG interaction can usually be predicted as the ratio of specific activation and inhibition of IgG receptor binding affinity.

The author discovered this substance by first using protein purification and trypsin digestion to isolate the relevant IgG from the patient’s serum, and then using nanoscale liquid chromatography coupled with tandem mass spectrometry to characterize potential glycosylation sites . But what the author really wants is a more quantitative description, that is, the extent to which receptor binding is affected by fatty acylation. To this end, various proven biophysical techniques have been provided, including surface plasmon resonance (SPR). ), Isothermal Titration Calorimetry (ITC), Micro Thermophoresis (MST) and Biofilm Reflected Light Interference (BLI).

The author of the “Nature” magazine paper chose to use the interference of the reflected light from the biological film layer. This method can generate the combined graph (in nanometers) as a function of time to obtain the kinetic constants. BLI is a label-free optical technology used to analyze the interference patterns of white light reflected from two surfaces, one is the immobilized protein layer on the tip of the biosensor, and the other is the internal reference. When the ligand fixed on the surface of the biosensor tip is combined with the analyte in the solution, the interference mode will change, which can be measured in real time.

It was found that the affinity of afucosylated IgG to FcγRIIIa increased by 20-40 times. This helps explain the observed conversion of FcγRIIIA-expressing frontline lung scavengers (ie, alveolar macrophages) into an activated state of antibody-dependent cellular phagocytosis. The anti-spike response of patients with acute respiratory distress syndrome (ARDS) found reduced Fc fucosylation levels, but other studies have found high levels of fucosylation in several cancers.

Although many gene variants that help build glycan chains, such as fucosyltransferase FUT2, may play a role in patient responses, the more pressing issue may be differences in people’s responses to vaccine antibodies. The good news is that the actual sequence of Pfizer’s new mRNA vaccine is fully disclosed, and a person named Bert Hubert first tried to decrypt it.

The main difference in the vaccine code is that uracil has been replaced by 1-methyl-3′-pseudouracil, which is labeled Ψ. Although Ψ does not cause discomfort to the immune system, it is still recognized as a normal uracil by the cell’s translation, transcription and replication mechanisms. Another strange feature is the replacement of two prolines to stabilize the spike structure, and the deployment of special 5’and 3’untranslated regions before and after the main spike sequence. Bert has promised to release a second in-depth investigation of the sequence within a few days, and many people are waiting anxiously.