More and more evidence shows that some new coronavirus variants may escape the immune response induced by vaccines and previous infections. Researchers are fully deciphering the overwhelming laboratory studies published this week, which have raised concerns about some of the new variants and mutations.

“The data I saw in the past 48 hours really scared me.” said Daniel Altmann, an immunologist at Imperial College London. Altmann is worried that some of these results may mean that the effectiveness of the COVID-19 vaccine will decrease.

However, Altmann and other scientists also pointed out that the current situation is not clear. These studies analyzed the blood of a small number of COVID-19 survivors and vaccinators. The study only tested the ability of their antibodies to “neutralize” the variant strains in the experiment, and could not know the overall impact of other immune responses in their bodies.

These data also cannot explain whether changes in antibody activity will affect the actual effect of the vaccine or the possibility of reinfection. “Will these changes be important? I really don’t know.” said Paul Bieniasz, a vaccinologist at Rockefeller University in New York who co-led one of the studies. 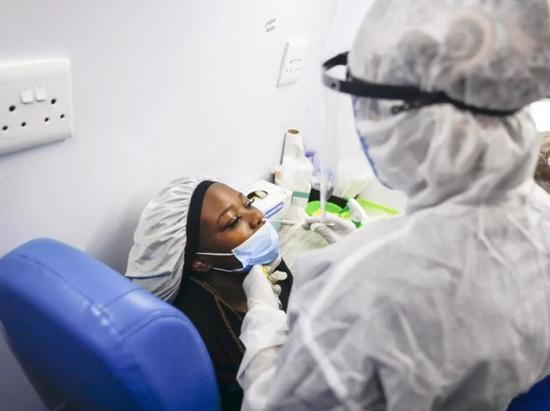 Most of the concerns focus on the mutant strain 501Y.V2 discovered in South Africa at the end of 2020. A team led by Tulio de Oliveira, a bioinformatics scientist at the University of KwaZulu Natal in South Africa, discovered that the mutant strain is related to the rapidly spreading epidemic in Eastern Cape. The mutant strain has now spread throughout South Africa and has spread to Other countries[1]. It is known that the spike protein of the new coronavirus can help the virus recognize and infect host cells and is the main target of the immune system. This lineage has multiple mutations in the spike protein, some of which are related to the weakened antiviral activity of antibodies [2, 3].

Eastern Cape Province was hit hard in the first round of the outbreak in South Africa. Researchers want to know: Is the ability of the mutant strain 501Y.V2 to escape the immune response part of the reason for its rapid spread?

In order to find the answer, de Oliveira, Alex Sigal, a virologist at the African Health Institute, and other colleagues isolated the virus from patients infected with the 501Y.V2 variant [4]. They also collected serum (part of the blood containing antibodies) from six survivors who had been infected with other new coronavirus strains, and used these serums to test samples of the mutant virus.

These convalescent serums generally contain “neutralizing” antibodies (antibodies that can block the virus), which can prevent infection. However, the researchers found that the ability of these convalescent serums to neutralize 501Y.V2 was much weaker than that of other strains of the COVID-19 epidemic before. The serum of some of them has a slightly stronger effect on 501Y.V2 than the serum of others, but overall, the neutralization ability is significantly reduced, de Oliveira said. “This is very worrying.”

In another study [5], a team led by Penny Moore, a virologist at the National Institute of Infectious Diseases of South Africa and Jinshan University, arranged and combined the different spike protein mutations found in 501Y.V2, and looked at the convalescent serum How does it affect them? They used a “pseudovirus”, a modified HIV virus that uses the spike protein of the new coronavirus to infect cells.

de Oliveira said that South Africa has found multiple cases of reinfection involving 501Y.V2. One possibility is growing: part of the reason why this mutated virus can spread in previously severely affected areas may be that it can escape the human body’s immune response to the previous strain.

Bieniasz said: “This has become a fact before our eyes.” He also mentioned that the mutants found in Brazil and the United Kingdom carry some of the same spike mutations.

Soon, the two South African teams will test the 501Y.V2 variant with serum from subjects in clinical trials of the COVID-19 vaccine. Similar research is being carried out in laboratories around the world. A team co-led by Bieniasz found that mutations in the receptor binding domain in 501Y.V2 only slightly reduced the efficacy of antibodies in Pfizer or Moderna’s mRNA vaccines [6]. “It’s a relief,” Moore said, but we have to test the effects of other mutations in 501Y.V2.

Whether these mutations will reduce the actual effectiveness of the vaccine is still uncertain, says Volker Thiel, an RNA virologist at the University of Bern, Switzerland. Most of the COVID-19 vaccines expose our body to the spike protein, which can generally induce higher levels of antibodies. These antibodies will attack different parts of the molecule, so some antibodies may block the mutant virus.

As for other immune responses, such as T cells, it may not be affected by 501Y.V2. “Although these vaccines only target the spike protein gene, they can still mobilize different forms of immune responses, enough to deal with these new variants,” Thiel said, “but it requires experimental research.”

Ongoing efficacy trials and national vaccination data should reveal the specific impact of these mutant viruses. In South Africa, clinical trials of multiple vaccines are still underway, and researchers will pay close attention to whether the vaccine’s ability to prevent 501Y.V2 related infections will decline.

In the real world, weakened antibody response to variants such as 501Y.V2 may not be a big problem, says Marion Koopmans, a virologist at the Erasmus Medical Center in Rotterdam, the Netherlands. “You will see some changes in laboratory tests, but it has no effect on the individual, because the individual still has enough antibodies to neutralize the infection.” As for reinfection, the immune response induced by the initial infection is weakened. It was caused by a mutation in the virus—it was not easy to distinguish the two, she added.

There are more and more clues about the performance of the fast-spreading mutant strain B.1.1.7 found in the UK in similar studies. Researchers from the German biotechnology company BioNtech found in the pseudovirus experiment that the spike protein mutation of B.1.1.7 had no effect on the sera of 16 Pfizer vaccinators [7].

In addition, a team led by virologist Ravindra Gupta at the University of Cambridge in the United Kingdom found that among the 15 people who received the first dose of Pfizer vaccine (two doses in total), 10 had a slight decrease in serum efficacy [8]. For now, these changes will not change the effectiveness of the vaccine for the time being, Gupta said, but it may have an impact as antibody levels gradually decline.

What these findings of this week mean for the fight against the epidemic is not yet fully clear. The current priority is to determine whether the mutation in 501Y.V2 is the cause of reinfection. If this is the case, de Oliveira said, “The hope of herd immunity may be dashed, at least it is impossible to achieve herd immunity by natural infection.”