COVID-19 Lambda variants’ recombinant protein and immune escape.  According to the information provided by WHO, the Spike protein of the Lambda mutant strain has mutation sites such as G75V, T76I, del247/253, L452Q, F490S, D614G, and T859N. These sites may affect the transmission ability and immune escape ability of the mutant strain.

Delta has spread in dozens of countries around the world, and has spread to more than a dozen places in many countries. During the spread of Delta, there has been an “enhanced version”: Delta plus , and when Delta mutant strains are rampant, a new mutant strain Lambda is quietly emerging. 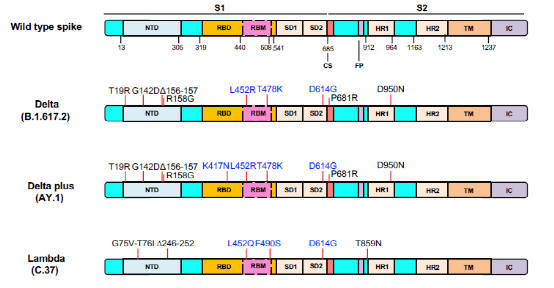 Lambda has spread to more than 30 countries including the United States, the United Kingdom, and Japan. This mutant strain was first discovered in Peru in August 2020, and then spread rapidly in the country with an unstoppable situation. At present, more than 97% of new cases in Peru are related to this strain.

June 14, 2021, WHO announced that these new strains crown variant strain Lambda as a ” noteworthy mutant ” (Variants of Interest, VOI) , this strain of the virus will cause widespread concern, some analysts even predict the future The Lambda mutant strain will replace Delta as the dominant strain in the world.

According to the information provided by WHO, the Spike protein of the Lambda mutant strain has mutation sites such as G75V, T76I, del247/253, L452Q, F490S, D614G, and T859N. These sites may affect the transmission ability and immune escape ability of the mutant strain. .

Lambda and Delta coincidentally both had mutations at position L452, which may indicate that mutations at this position may have caused the rapid spread of these two viruses.

According to a paper published in the preprint bioRxiv by researchers from the University of Tokyo on July 28, the Lambda mutant strain has two key viral characteristics: 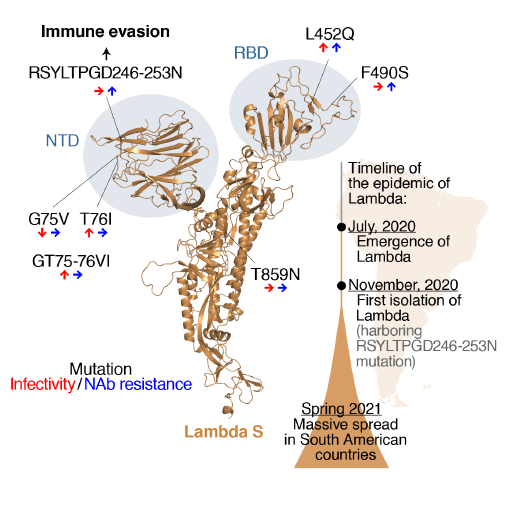 In addition, under the background that vaccines have been widely vaccinated, people are very concerned about whether the virus can escape the protective effect produced by the vaccine. Recently, two studies have studied the immune escape ability of Lambda.

Therefore, the existing vaccine still has a protective effect on the mutant strain.

However, the Lambda mutant strain has just emerged, and there are few related studies and reports, and more experiments are needed by scientific researchers in order to have a more in-depth understanding of this potentially high-risk mutant strain.

Although the lack of a large segment of S-NTD has not yet become a mainstream change. However, some C.37 still carry this mutation. To facilitate the research of scientists. Yiqiao Shenzhou has separately developed two types of Spike products for the Lambda lineage, one type covers Spike protein with large deletions of S-NTD, and the other type is Spike protein product covering the latest C.37 mutations.

Delta and Delta plus

Moreover, many studies have shown that its infectious ability has greatly increased, and the protective effect of vaccines has also been significantly reduced.

The WHO has redefined the Delta mutation, and four lineages including B.1.617.2, AY.1, AY.2, and AY.3 are considered to be strains of concern. The two lineages AY.1 and AY.2, which introduced the K417N mutation in Delta, are named Delta plus. And K417N already exists in the previous Beta mutant strain.

Lambda and Delta plus recombinant protein products are available from stock, and have been verified by SDS-PAGE and ELISA activity. 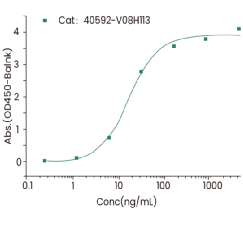 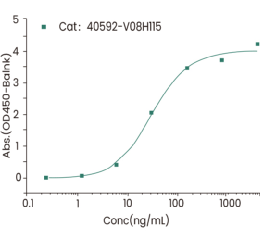