Denmark has also become the first country in the world to permanently discontinue AstraZeneca’s COVID-19 vaccine. According to Danish media reports, this decision may delay the country’s COVID-19 vaccination plan for several weeks. Just as the director of the Danish Health Service, Brostrom, announced the news, the acting director of the drug safety department Eriksen on the side suddenly fainted to the ground. She later regained consciousness and was sent to the doctor for examination.

Denmark held a press conference to announce the suspension of AstraZeneca’s COVID-19 vaccine in the country. But at the press conference, there was an unexpected scene. Tanja Erichsen, the head of the country’s medical institution, suddenly fainted and was sent to the hospital. At present, Eriksson is said to have recovered.

According to reports, Denmark has suspended vaccination of this vaccine since March 11 due to thrombosis and at least one fatal case soon after vaccination. On April 14, the Danish National Health Service and the Drug Administration held a joint press conference to announce the removal of the AstraZeneca vaccine from the national COVID-19 vaccination plan. Denmark thus became the first country to announce the discontinuation of AstraZeneca vaccine.

However, at the press conference, when Brostrom, director of the Danish National Health Service, announced the above news, Eriksson, the head of the medical institution standing by, suddenly fainted to the ground. 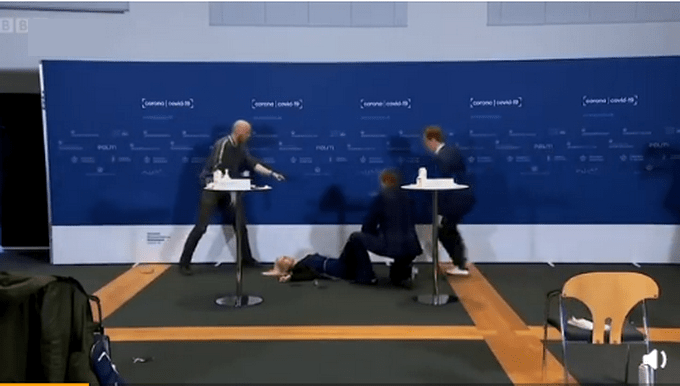 According to the British Broadcasting Corporation (BBC), Eriksson was subsequently taken to the hospital and has recovered. Bloomberg quoted reporters who participated in the event as saying that Eriksson quickly recovered his health after experiencing a brief faint.