Viral vector-based therapeutic drugs for genetic diseases.   Gene medicine is one of the most cutting-edge medicine fields, and it has made continuous breakthroughs in the treatment of genetic diseases, cancer, diabetes, and the prevention of infectious diseases.

Gene medicine usually consists of a vector or delivery system containing an engineered gene construct. Its active ingredients can be DNA, RNA, genetically modified viruses, bacteria or cells. By introducing foreign genes into target cells or tissues, it replaces, compensates, and Block and modify specific genes to achieve the purpose of treating and preventing diseases.

Gene medicine is one of the most cutting-edge drug development fields. Breakthroughs are being made in the treatment of genetic diseases, cancer, diabetes, and the prevention of infectious diseases, including genetic disease treatment viruses, oncolytic viruses, gene editing drugs, mRNA Drugs, small nucleic acid drugs, etc.

This article will focus on introducing viral vector-based therapeutic drugs for genetic diseases.

Viruses that can be used as viral vectors include Lentivirus, Adenovirus, Adeno-associated virus (AAV), Herpes virus, etc. Among them, adeno-associated virus (AAV) is particularly suitable as a gene therapy vector, because this virus has good safety, a wide range of host cells (dividing and non-dividing cells), low immunogenicity, and a long time for expressing foreign genes in vivo. Many advantages.

History of the development of genetic disease treatment viruses

In 1970, the American doctor Stanley Cohen tried to treat the arginemia of a pair of sisters by injecting papillomavirus containing arginase without the approval of the regulatory authorities, but it ended in failure. Subsequently, scientists tried to achieve the purpose of treatment by introducing normal genomes to replace mutant genomes. However, in the early stages of gene therapy, there has been no effective tool for delivering foreign genes to human cells. It was not until the end of the 1980s that the viral vector technology gradually developed and the regulatory system became more and more perfect, which provided the necessary conditions for the treatment of viruses for genetic diseases.

The success of this clinical trial has epoch-making significance for the development of genetic disease treatment viruses. Since then, countries around the world have set off a research boom in the treatment of viruses for genetic diseases, but the research progress has not been smooth.

After the above painful lessons, scientists began to look for the reasons for the failure, and found that the viral vector carrying genes-adenovirus (adenovirus) has strong immunogenicity, which may cause a cytokine storm after being injected into the human body. Subsequently, scientists began to search for safer gene vectors and found that adeno-associated virus (AAV) has good safety, and by optimizing the design of AAV, this vector can also achieve greater potential.

At present, all the products on the market of genetic disease treatment drugs based on viral vectors are in foreign countries, and there are no products on the market in some countries, and related research is also in the preclinical stage. The reason is that, on the one hand, it is difficult to develop such drugs. On the other hand, this may be because most genetic diseases are rare diseases and the patient population is small. Although such drugs are expensive, the domestic commercial medical insurance system is not perfect. It is difficult for the revenue of such drugs to cover the cost of research and development after they are marketed.

Acquired the gene therapy AVXS-101 that AveXis was developing at the time, which later became Zolgensma. Zolgensma was launched in 2019, becoming the world’s second effective treatment for spinal muscular atrophy (SMA). The first drug was the antisense nucleotide (ASO) drug Spinraza, which was launched in 2016, and was jointly developed by Biogen and Ionis.

Spinal muscular atrophy (SMA) is an inherited neurodegenerative disease. It is caused by a defect in the single-gene motor neuron survival gene SMN1, which cannot produce enough SMN protein. Depending on the degree of SMN protein deficiency, muscle weakness or even paralysis can be caused. The probability of neonates suffering from SMA is about 1/6000-10000, and 90% of neonates cannot live beyond 2 years of age or depend on ventilator permanently for survival.

According to the pathogenic mechanism of SMA, there are two main ways to treat SMA: one is SMN1 gene replacement therapy, SMN1 gene is the main force of SMN protein production, this therapy can restore the activity of SMN protein to the greatest extent; the other is through modification of SMN2 gene The splicing of pre-messenger RNA produces normal SMN protein, which supplements the lack of SMN1 to a certain extent and restores the vitality of part of the SMN protein. Zolgensma uses the first path, Spinraza uses the second path. Zolgensma treatment is effective for more than 5 years, and the treatment cost is 2.125 million US dollars, while Spinraza requires repeated injections. The first year treatment cost is 750,000 US dollars, and then it costs 375,000 US dollars each year. In terms of economy, patient compliance, and clinical treatment effects, Zolgensma is even better.

Figure: Comparison of treatment routes between Zolgensma and Spinraza

Spark Therapeutics is a biotechnology company focused on the development of gene therapies. Its pipeline is very rich, covering hereditary eye diseases, hemophilia, lysosomal storage diseases, and neurodegenerative diseases. In 2019, it was acquired by Roche for US$4.3 billion, with a premium rate of 122%.

Congenital amaurosis, also known as hereditary congenital retinopathy, is due to the inability to express normal functional proteins in the eye due to the mutation of the RPE65 gene in newborns, and the complete loss of cone and rod cell function at birth or within one year after birth, resulting in vision loss or blindness At the same time, it may be accompanied by neurological deafness, obesity, diabetes and other symptoms.

Luxturna, Spark Therapeutics’ first product, delivers an AAV vector containing the RPE65 gene to the inside of the patient’s eyeball by intravitreal injection and expresses a normal-functioning protein, thereby improving the patient’s vision. The two fastest-growing hemophilia treatment products among other products under development are already in phase III clinical trials. 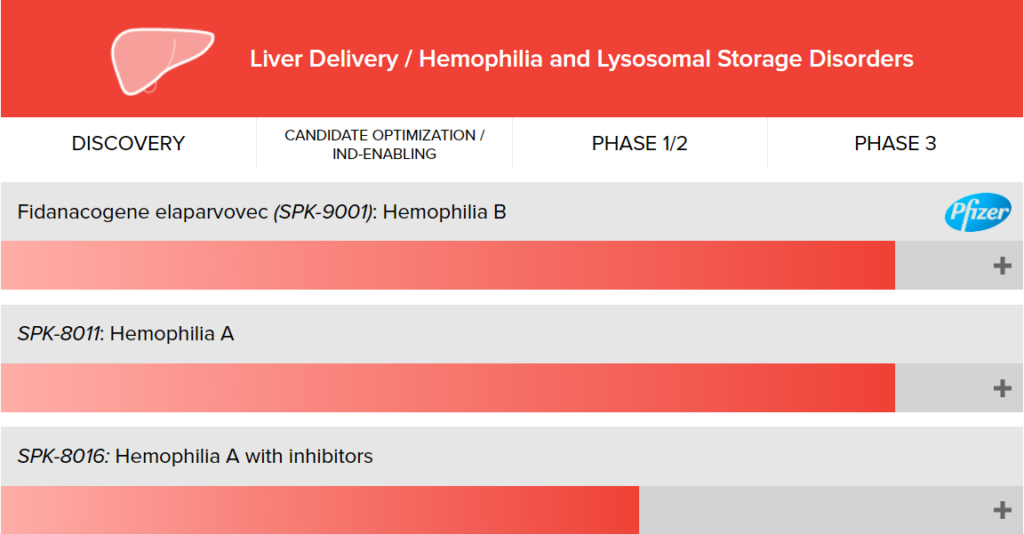 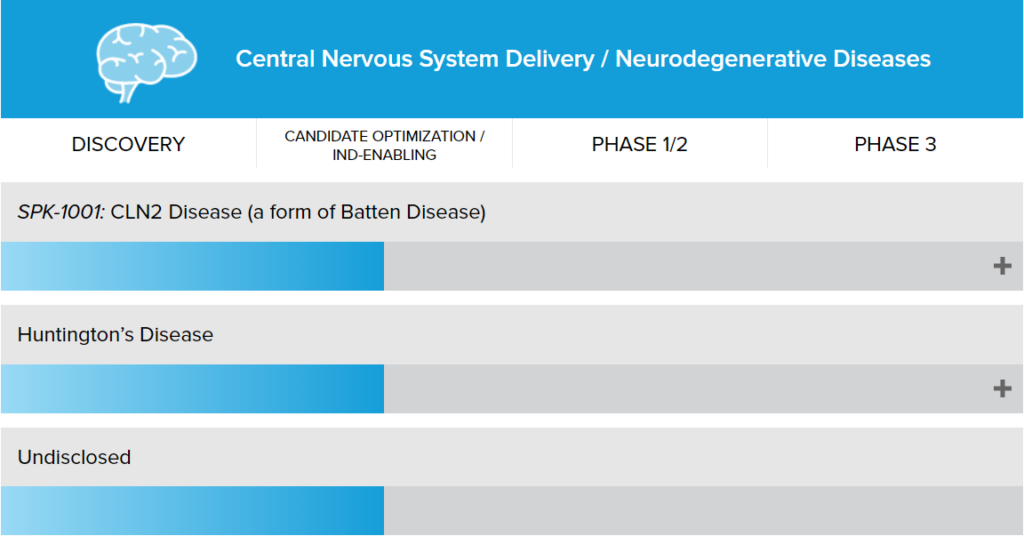 In 2012, the European Commission (EC) approved the first gene therapy drug in Europe, Glybera, which was developed by the Dutch company UniQure (formerly Amsterdam Molecular Therapeutics Company, independent from the University of Amsterdam in 1998) for the treatment of an extremely rare Genetic disease-lipoprotein lipase deficiency (LPLD). Glybera uses an adeno-associated virus (AAV) to deliver genes that produce functional lipoprotein lipase to the skeletal muscle of patients, which greatly reduces the incidence of pancreatitis in patients, relaxes dietary restrictions and improves quality of life. Its price of up to $1 million has set a new record for the most expensive drug. But embarrassingly, the drug was delisted after only one patient was treated for five years. Limited market demand and high pricing are the two main reasons leading to product delisting. The indications targeted by Glybera are too rare, with an incidence rate of about 1/100 million, and a high rate of misdiagnosis. At the same time, the price of “one injection per million” is beyond the financial capacity of patients.

Now Uniqure is targeting the broader hemophilia market (the global market size will reach US$26 billion in 2025). The fastest-advanced drug AMT-061 for the treatment of hemophilia B in its R&D pipeline is currently in Phase III clinical trials. 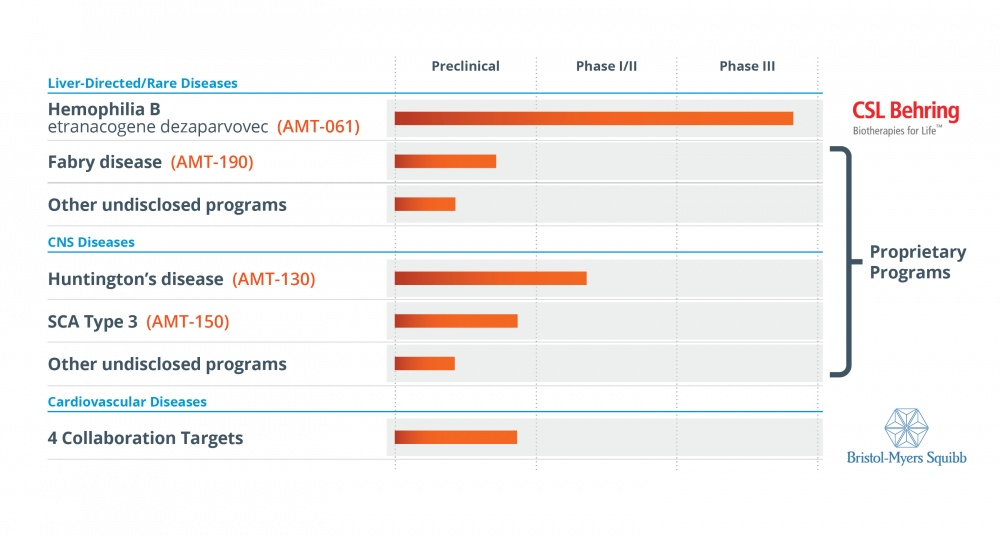 In Europe and the United States, BioMarin has submitted a marketing application for the first AAV5 vector-based gene therapy valoctocogene roxaparvovec (valrox, BMN270) for the treatment of adult patients with hemophilia A. And GenSight’s Lumevoq has also received provisional approval for the treatment of Leber Hereditary Optic Neuropathy (Leber Hereditary Optic Neuropathy). Up to now, more and more innovative biopharmaceutical companies are joining the cohort of genetic disease treatment drugs based on viral vectors.

The main challenge for the development of viral vector-based therapeutic drugs for genetic diseases stems from the AAV vector itself, such as the empty AAV capsid. It must be minimized in the purification process of gene therapy products, because these viral capsids do not contain DNA. When they are infused to patients, they have no therapeutic benefit and may cause fatal side effects, such as immunotoxicity. The same is true for capsids containing partial copies of therapeutic genes, which may be caused by incomplete virus packaging during the production process.

Since the AAV capsid is assembled from 60 capsid proteins, its formation process is very complicated. These complexities promote the probability of the formation of defective viruses. At the microscopic level, that is, at the molecular level, these impurities are very similar to the ideal active AAV, which makes the purification and removal downstream of the process difficult. Therefore, it is best to reduce the proportion of inactive viruses as much as possible in the upstream virus packaging and preparation process, on the one hand, it improves the yield or quality of the virus, and on the other hand, it also reduces the pressure of downstream purification. 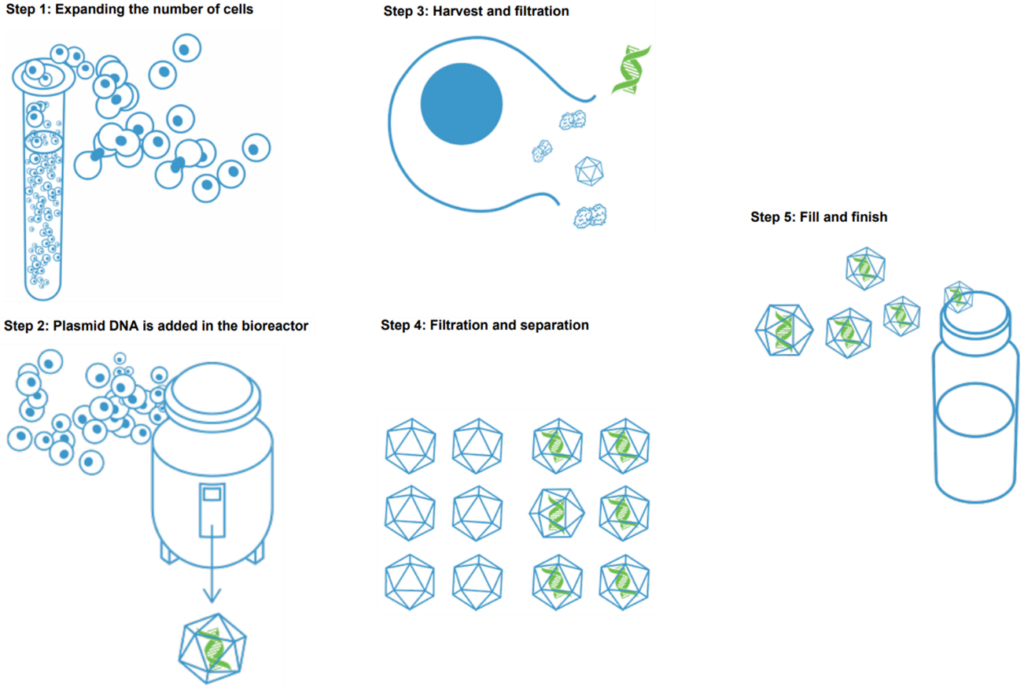