Such patients exhibit life-threatening hypoglycemia and are prone to liver Tumor. There is no cure for GSD1a and hypoglycemia, and the current standard of care cannot prevent the risk of liver tumors.

Due to the challenges of drug delivery, efficacy and safety, enzyme replacement therapy and gene therapy are not ideal.

Compared with traditional methods, it has considerable advantages to restore protein function by delivering mRNA to tissues. Unlike viral vector-mediated gene delivery methods, mRNA therapy can correct protein function without changing genomic DNA, and mRNA-dependent transient protein expression can reduce unintentional excess due to the constitutive and/or long-term activation of protein function The risk and linear dose response observed through mRNA therapy may allow the formulation of an ideal dose for each patient, which is not easy to achieve in viral vector-mediated gene therapy.

Despite the many benefits, the lack of effective and safe delivery methods has hindered the advancement of clinically based mRNA therapies. However, with the launch and large-scale application of Moderna’s new coronavirus vaccine that uses lipid nanoparticles (LNP) to deliver mRNA, it provides great confidence in the clinical promotion of mRNA therapy to treat other types of diseases.
On May 25, 2021, the rare disease research team of Moderna, USA, published a research paper titled: mRNA therapy restores euglycemia and prevents liver tumors in murine model of glycogen storage disease in Nature Communications.

In order to ensure effective mRNA performance in vivo, the research team optimized mRNA and protein sequences. They first conducted computer-aided bioinformatics research to determine amino acid residues that are highly conserved in most species. S298C protein variants directly involved in the formation of the active residues of hG6Pase-α were selected. 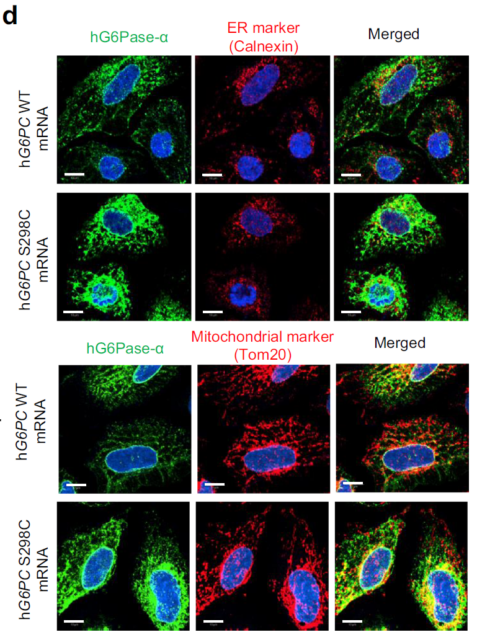 In order to evaluate the effect of optimized hG6PC S298C mRNA on the liver, the research team measured the transcript and protein activity of hG6PC S298C over time and found that compared with unoptimized mRNA, optimized hG6PC mRNA can lead to higher liver hG6Pase-α protein Levels and enzymatic activity.

Safety is a key factor that needs to be considered in the development of any drug therapy. The research team evaluated the correlation between serum cytokine levels, liver enzyme levels, anti-drug antibodies, and mRNA doses, and found that hG6PC S298C mRNA is well tolerated and does not cause serious side effects. 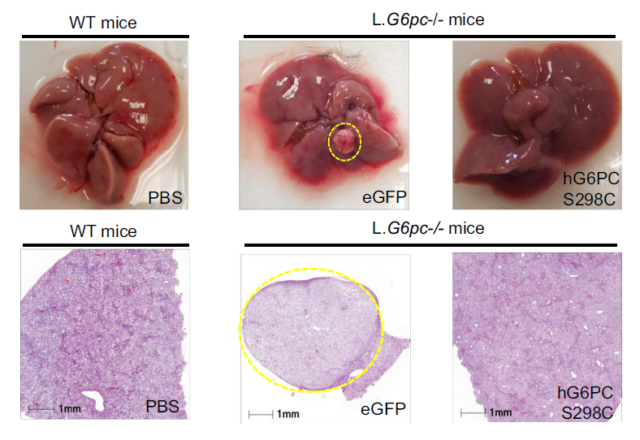 In this study, the research team designed chemically modified co-mRNAs-α encoding hG6Pase and encapsulated them in lipid nanoparticles (LNP) for delivery to the liver. They found that engineered mRNAs produced hG6Pase-α, compared with unoptimized mRNA sequences, the expression and enzyme activity of hG6Pase-α were enhanced.

Proteins translated from engineered mRNAs are also directed to the endoplasmic reticulum. When injected into a liver-specific mouse model of GSD1a, the optimized mRNAs resulted in the restoration of fasting blood glucose levels and the normalization of several liver and serum biomarkers associated with GSD1a.  Importantly, repeated administration of mRNAs is well tolerated and can reduce the risk of hypoglycemia and long-term liver complications.

This is also the first evidence to show that repeated administration of mRNA-based GSD1a drug therapy in a preclinical mouse model can improve fasting tolerance and the risk of liver disease. It also proved the safety and effectiveness of mRNA therapy, paving the way for the treatment of human glycogen storage diseases through mRNA therapy.