Can mRNA therapy cure other diseases?

Can mRNA therapy cure other diseases? What is the mRNA vaccine for COVID-19? As 2021 is approaching, the COVID-19 epidemic that has been raging for more than a year has not yet subsided, and as the northern hemisphere enters the cold winter season, the epidemic situation in Europe, North America and South Asia has once again seen a surge. Even more frightening is that so far, the cumulative number of confirmed COVID-19 worldwide has exceeded 75 million, and the cumulative death toll has exceeded 1.66 million.

From this point of view, the fight against the COVID-19 epidemic is bound to be a protracted battle. Today, mankind can only hope to develop a safe and efficient COVID-19 vaccine to curb the COVID-19 pandemic.

In November, two COVID-19 pneumonia vaccines achieved great success in clinical trials, marking another big step forward for mankind to overcome tCOVID-19. Then the U.S. Food and Drug Administration (FDA) The mRNA vaccine jointly developed by Pfizer and BioNTech and the mRNA vaccine developed by Moderna have been approved for emergency use.

In fact, long before the COVID-19 pandemic, mRNA vaccines have attracted a large number of pharmaceutical companies to participate in research and development with their unique advantages. Now, the successful clinical trial of the mRNA vaccine for COVID-19 may trigger a new “tsunami” in the field of vaccine preparation and drug development!

Messenger RNA (mRNA), a nucleic acid molecule that transfers the genetic code from DNA to the protein-making machinery of the cell, serves as a template for translation. Scientists hope that it can be redesigned into a set of multifunctional drugs or vaccines in the body. Anything needed to treat or prevent disease is produced inside. 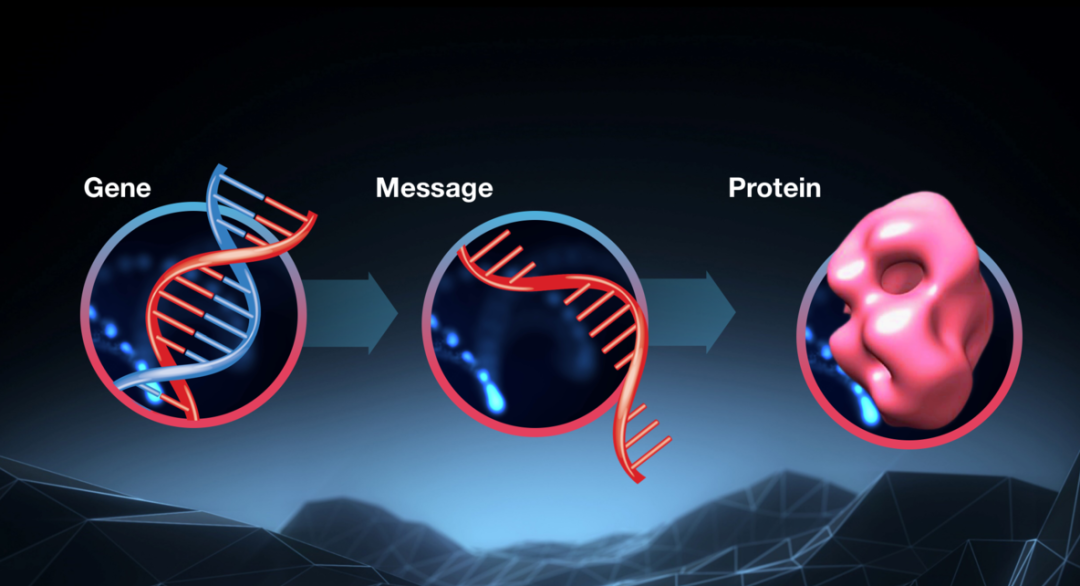 Specifically, we can design an mRNA sequence to encode a protein that stimulates blood vessel growth to repair the damaged heart. In addition, it may also encode a key enzyme to reverse a rare human genetic disease. And this is mRNA therapy. 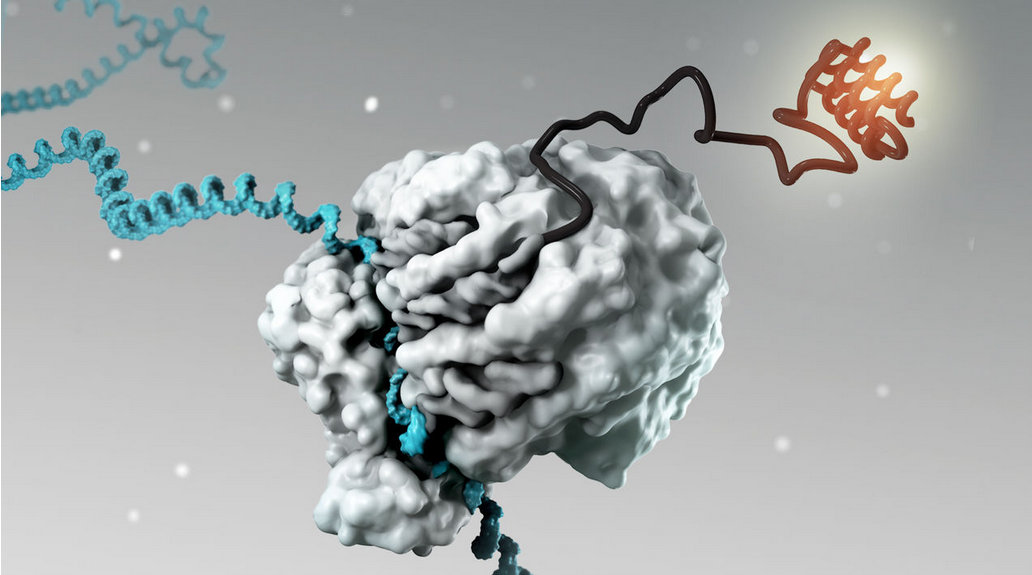 Among them, the mRNA vaccine is to directly introduce the mRNA encoding a certain viral antigen protein into the animal’s somatic cells, and synthesize the corresponding antigen protein through the host cell’s translation system, thereby inducing the host to produce an immune response to the antigen protein. To achieve the purpose of preventing and treating viral infections.

In recent years, mRNA vaccines have been developing rapidly at an extremely alarming rate. There are not only a variety of SARS-CoV-2 mRNA vaccines, but also mRNA vaccines against rabies, Zika virus, cytomegalovirus, influenza and other viruses are undergoing clinical trials. test.

The delivery efficiency of mRNA therapy in vivo affects its efficacy

But it has to be said that the clinical application of mRNA therapy is much more difficult than that of ordinary vaccines. The biggest challenge is how to target mRNA to specific tissues and provide robustness without excessive side effects. And lasting effect. Therefore, few mRNA vaccines and drugs have entered clinical trials.

Instead of putting in an mRNA sequence, it can treat any disease you want to treat. Tailoring an mRNA drug for a certain disease usually means adjusting both the mRNA itself and the structure of lipid nanoparticles used for in vivo transportation.

Of course, for some mRNA therapies, the way of administration is relatively simple. For example, mRNA vaccines are usually injected intramuscularly into the vaccinators. Muscle cells obtain mRNA and produce corresponding viral proteins. The host immune system is stimulated by these viral proteins to produce antibodies and T cells to arm the body to resist future invasions.

Not only that, other local injection methods, such as subcutaneous injection or tumor injection, can also provide some mRNA-based treatment methods that use the immune system to fight cancer. Currently, more than a dozen clinical trials are in progress. These therapies can help enhance the body’s attack on cancer cells by encoding tumor proteins or immune signaling molecules.

In more cases, mRNA drugs are still delivered through lipid nanoparticles (LNP). It is worth noting that sometimes the wrong delivery of mRNA drugs can lead to serious consequences. For example, in mRNA therapy for the treatment of ornithine carbamate (OTC) deficiency, the enzyme encoded by the mRNA can cause the accumulation of ammonia in the blood, which can induce seizures, coma and even death.

Therefore, many pharmaceutical companies are working to reduce or eliminate the possible defects of this mRNA therapy-by adjusting the structure of lipid nanoparticles, or modifying them with molecules to allow them to enter specific organs or cell types.

Advantages and disadvantages of mRNA vaccines and drugs

Compared with traditional inactivated vaccines, subunit vaccines, and genetically engineered vaccines, mRNA vaccines can provide stronger immune protection, and can be updated and iterated quickly according to pathogen mutations. In addition, after the nucleic acid vaccine is inoculated, the antigen protein is expressed in the host cell, which is not easy to cause adverse reactions in the body.

Not only that, there are also differences in the dosage of mRNA vaccines and mRNA drugs. Generally speaking, vaccines only require one or a few doses, and once the immune system is trained to be immune to specific pathogens, it does not need to be supplemented. But relatively speaking, mRNA drugs may require repeated injections to maintain their efficacy. At present, most of the mRNA drugs entering clinical trials are drugs whose drug effect is longer than that of drug. “

However, when patients need repeated doses of mRNA to continue the therapeutic effect, the side effects may appear-this may be caused by the accumulation of lipid nanoparticles in the body or the inflammatory response to foreign RNA molecules. This side effect severely hinders the application of mRNA vaccines and drugs.

In order to make repeated doses easier to tolerate, Translate Bio is optimizing the designed mRNA to make it as natural as possible for the human body and loading it in degradable nanoparticles.

Currently, Translate Bio’s mRNA therapy for cystic fibrosis is in clinical trials. Single-dose treatment shows no serious side effects, but some patients have symptoms such as fever, muscle pain or headache. Therefore, multiple dose tests are still needed to verify its safety.

In addition, it is a clever solution to increase the amount of protein produced by the body from a single dose of mRNA drugs, thereby reducing the required frequency of administration. All in all, mRNA vaccines and drugs have unique advantages different from traditional vaccine drugs, but there are disadvantages in the way of administration, dosage and frequency. Today, the mRNA vaccine race against COVID-19 has not solved the delivery problem faced by mRNA therapy, but it may pave the way for mRNA therapy in other ways.

Nowadays, many pharmaceutical companies and laboratories around the world are trying to find the best lipid nanoparticles (LNP) to deliver mRNA safely and efficiently to specific locations in the human body. I believe this transformative day will finally come.