For a long time, genetic diseases have always been a problem that plagued human beings, whether it is the more common red-green blindness in life, or the hemophilia that has plagued European royal families for centuries, these diseases caused by genetic defects not only cause patients’ lives.

The impact also seriously threatens the lives of patients.

More importantly, thousands of genetic diseases have been discovered by humans, but most of them are still helpless.

Fortunately, the rise of genomics has allowed humans to recognize the nature of genetic diseases-derived from mutations in the genes themselves.

Based on this, if we can precisely edit these mutated gene loci and replace them with the correct base pairs, then these human genetic diseases can be completely cured.

The base editor based on the CRISPR system is a very promising key technology that can be used for the treatment of genetic diseases.

Unfortunately, some studies have shown that base editors have off-target effects and may perform non-targeted editing of normal gene sites. If this problem cannot be solved, the application of base editors in the treatment of human genetic diseases will be far away.

On January 25, 2021, a joint team composed of the Swiss Federal Institute of Technology Zurich, the University of Zurich, and the University of Basel published in Nature Biomedical Engineering the title: In vivo cytidine base editing of hepatocytes without detectable off-target mutations in RNA and DNA research papers.

In this study, two delivery vehicles, adeno-associated virus (AAV) and lipid nanoparticles (LNP), were used to deliver cytosine base editor (CBE) to the liver of mice, and to perform whole-transcriptome and whole-genome off-target. Unbiased analysis of modifications.

Researchers found that the cytosine base editor delivered by these two vectors can repair disease-causing mutations without generating off-target mutations in the RNA and DNA of liver cells.

This result supports the feasibility of cytosine base editing to treat hereditary liver diseases.

According to statistics, single-base mutations account for about two-thirds of all human genetic diseases discovered, and they are also the genetic basis for the variation of many important traits in plants and animals.

Therefore, it is particularly important to develop a precise and efficient single-base replacement technology. The base editor developed by the research team led by Chinese scientist David Liu was born for this.

Cytosine Base Editor (CBE) is a base editor developed by Liu Ruqian’s laboratory, which can realize the direct substitution of C•G base pairs to T•A base pairs.

However, some recent studies have shown that the cytosine base editor (CBE) can cause non-targeted whole-transcriptome off-target mutations in cell lines, and hundreds of them in induced pluripotent stem cells and two-cell stage embryos.

Whole genome off-target mutations. In addition, the overexpression of rAPOBEC1, the deaminase used in the cytosine base editor (CBE) in vivo, may cause liver dysplasia and hepatocellular carcinoma in mice.

From this point of view, it is very necessary to evaluate the off-target effects and other adverse effects of base editors such as cytosine base editor (CBE).

In this study, in order to evaluate whether the cytosine base editor (CBE) has off-target effects in vivo, the research team focused on the Pahenu2 phenylketonuria mouse model, and the SaKKH-CBE3 base editing system was mediated by AVV Delivery to mouse liver.

The researchers observed 23% target editing, but compared with the untreated control group, the C→U transition within the transcriptome did not increase.

More interestingly, when transfecting low-dose SaKKH-CBE3 mRNA, although compared with plasmid transfection, the expression of cytosine base editor (CBE) was reduced by 18 times, but 63% of target editing was retained while , It also greatly reduces non-target mutations.

This result indicates that the overexpression of cytosine base editor (CBE) may be closely related to the high non-target editing rate. 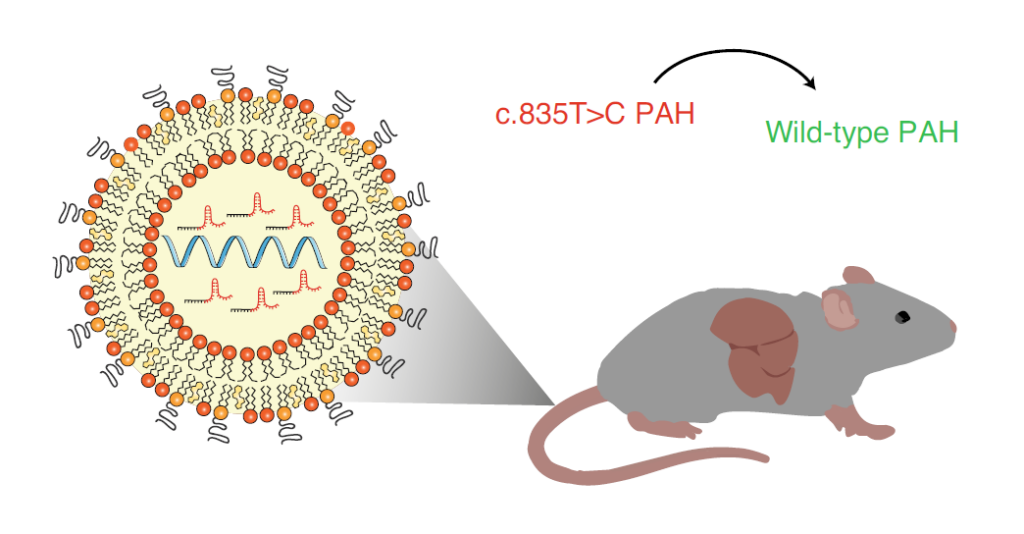 At the same time, the research team also evaluated whether the AAV-mediated SaKKH-CBE3 system after entering Pahenu2 mice will cause non-target editing of genomic DNA.

Their results showed that the transient expression of the SaKKH-CBE3 system delivered by lipid nanoparticles (LNP) resulted in about 21% of targeted editing and reversed the disease phenotype of Pahenu2 mice, while the entire disease was not detected.

The editing efficiency and safety results of lipid nanoparticle (LNP) delivery are not lost to adeno-associated virus (AAV) vectors. 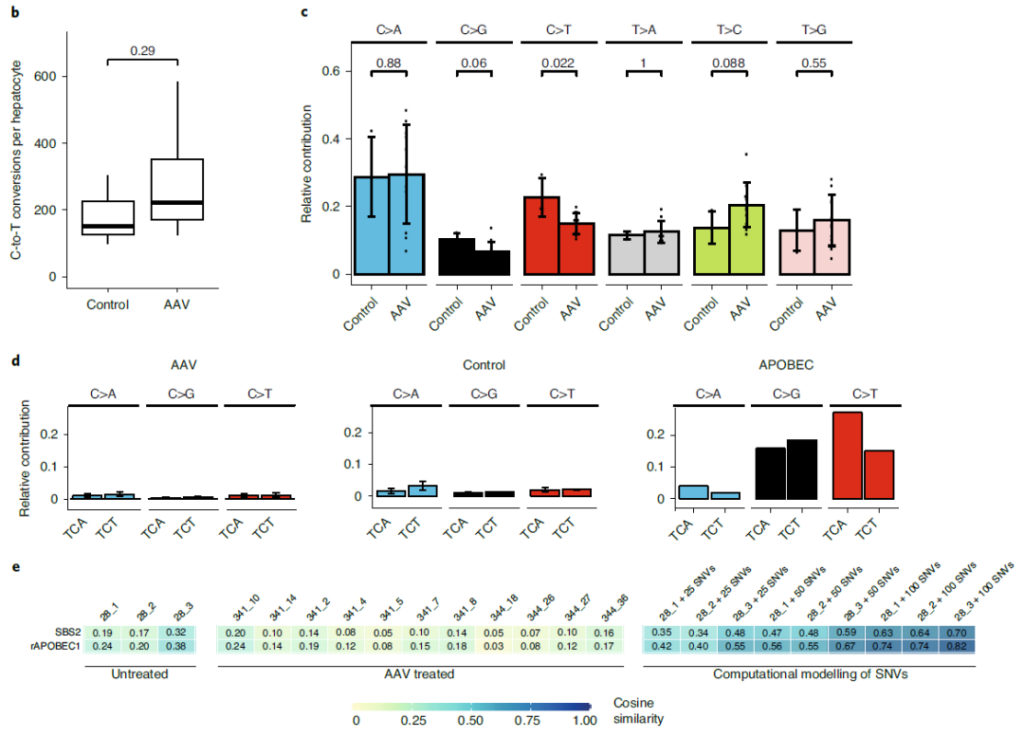 In summary, the expression of the SaKKH-CBE3 system after AAV or LNP-mediated liver delivery can not only effectively replace target mutations and reverse the disease phenotype of Pahenu2 mice, but also will not cause substantial effects on the RNA and DNA in liver cells. Sexual non-targeted editing.

This discovery supports the feasibility of cytosine base editor (CBE) in the treatment of hereditary liver diseases!