Aneuploidy is a distinctive feature of human breast cancer cancer cells, and it is especially common in triple-negative breast cancer (TNBC) patients with TP53 mutations. Although the underlying molecular mechanisms of aneuploidy have been elucidated in cell and animal models, the understanding of when and how to maintain chromosomal rearrangements during the growth of human primary tumors is still limited.

Tumor progression is the result of the gradual accumulation of genetic mutations and chromosomal aberrations over time. However, another mode of tumor progression is discontinuous copy number evolution (PCNE). In the early stages of tumor evolution, brief bursts of genome instability lead to Chromosome rearrangement. After the initial outbreak of genome instability, is there also continuous copy number evolution?

Discontinuous copy number evolution (PCNE) is common in patients with triple-negative breast cancer (TNBC), but it is unclear whether copy number evolution will continue to evolve after the initial burst of instability when tumor cells undergo clonal progression. . Due to the limited number of cells that can be sequenced and the extensive technical noise in the first-generation single-cell DNA sequencing (scDNA-seq) technology, solving this problem is facing a huge challenge.

Recently, the Nicholas Navin team of the MD Anderson Cancer Center of the University of Texas in the United States published a research paper titled: Breast tumours maintain a reservoir of subclonal diversity during expansion in Nature.

In this study, the research team developed a new single-cell DNA sequencing method: Acoustic Cell Marking (ACT). Through ACT sequencing of breast cancer tissues and tumor cell lines, it was found that they were composed of a large number of subclones, and there was a brief period of genomic instability during the progression of primary tumors, followed by continuous copy number evolution. The genome was re-differentiated and did not retain isogenic characteristics, indicating that triple-negative breast cancer continues to undergo chromosomal aberrations and maintain subclonal diversity during the growth of the primary tumor. 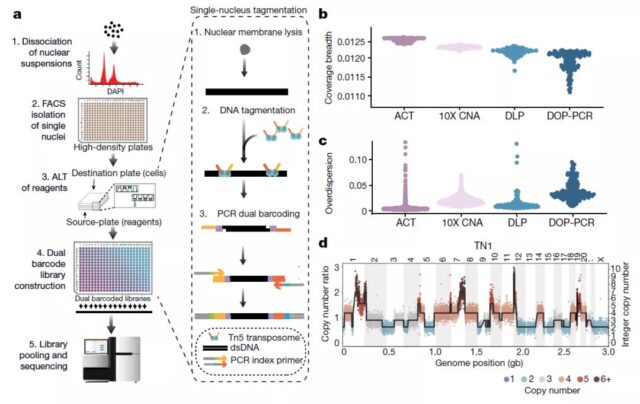 Next, 8 tumors and matched normal tissues were sequenced and the ACT data was used to infer the phylogenetic tree to reconstruct the evolution of CNAs before and after the expansion of the primary tumor. It was found that a large number of CNAs were cloned, indicating that all 8 tumors are in common The ancestors continue to replicate and evolve successively. 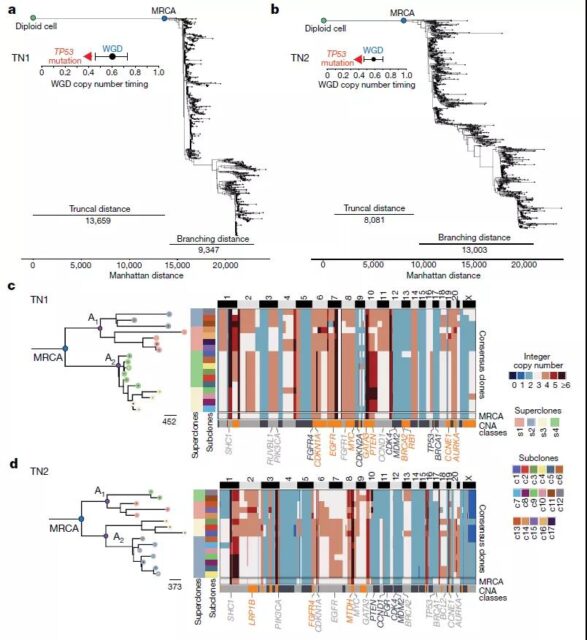 Next, ACT sequencing and cell doubling experiments were performed on a total of 6413 cells of 4 triple-negative breast cancer (TNBC) cell lines, which proved that these cell lines represent the copy number substructure of human TNBC tumors, and that single cancer cells are amplified after amplification. , Even in a relatively short period of time, a stable clonal genotype cannot be maintained. 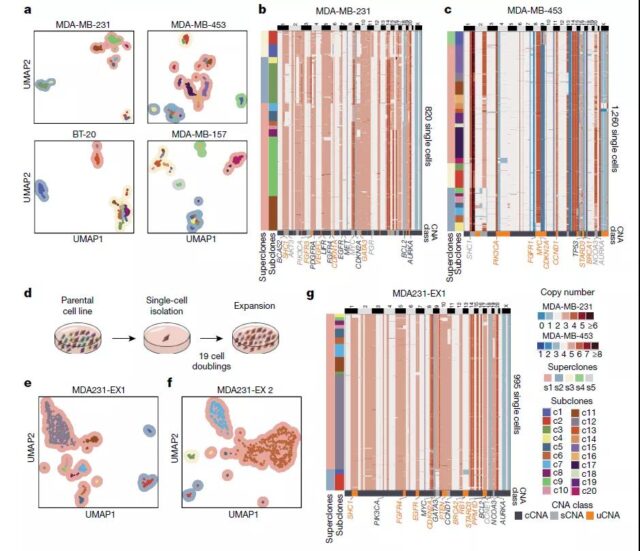 In summary, this research has developed a new single-cell DNA sequencing technology: Acoustic Cell Marking (ACT). ACT is a major technical improvement of the first generation scDNA-seq method, and its technical performance has been significantly improved. Through ACT analysis, it is found that the copy number substructure of human triple-negative breast cancer (TNBC) tumors is composed of a large number of subclones and shares a common evolutionary lineage.

A period of short-term instability will produce a large number of subclones, which are then transformed into the primary The basic rate of continuous copy number evolution that persists during tumor expansion indicates that triple-negative breast cancer continues to undergo chromosomal aberrations and maintain subclonal diversity during the growth of the primary tumor.