Research reveals photodynamic anti-tumor therapy.  A team of researchers from RUDN University and the Nesmeyanov Institute of Organic Compounds of the Russian Academy of Sciences have synthesized and studied a series of new chlorine derivatives that can be used in cancer phototherapy to diagnose tumors and improve tumor cells’ exposure to light. Sensitivity. The results of the study were published in the journal Dyes and Pigments. 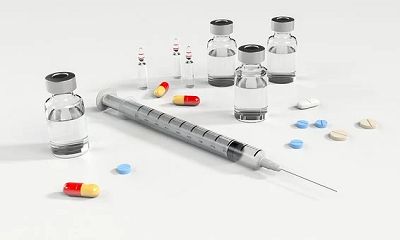 Because tetrapyrroles (such as porphyrins) can accumulate in tumor cells, they can be used for photodynamic cancer treatment. When using a certain wavelength of light therapy, some tetrapyrrole-based drugs stimulate the production of reactive oxygen intermediates that destroy tumor cells. Researchers at RUDN University suggested using chlorine derivatives as the basis for similar drugs. “Chlorine has long been considered a promising substance for photodynamic therapy. They absorb longer wavelengths than porphyrins and therefore can affect deeper tissues. In addition, chlorine with boron and fluorine seems to have the greatest potential for use”, RUDN Said Albina Petrova, assistant in the University’s Department of Biochemistry.

In order to compare the properties of different chlorine derivatives, the research team synthesized two substances with similar structures. The first has four hydrocarbon cycles connected to the chlorine cycle, each hydrocarbon cycle being combined with the rest of the polyhedral molecule of four fluorine atoms and carborane (a boron-containing organic compound). The second compound lacks fluorine atoms, but there are four carborane molecules bound to it on the four hydrocarbon rings. Both of these newly synthesized compounds are water-soluble and can bind to protein molecules (ie, human serum albumin), which is important for targeted drug delivery to tumors.

After confirming that these two compounds can produce ROI, the research team conducted biological tests on cell cultures and laboratory animals. Experiments have shown that fluorine-containing compounds penetrate cells better than boron-only compounds. Unexpectedly, the accumulation of these two substances in cells is more resistant to anti-tumor drugs than the more sensitive drugs. MTT confirmed that without light, these compounds are generally safe for cells. However, after exposure to light, they kill the cells within 10 minutes.

To evaluate the potential of the new compound, the research team tested it in animal melanoma and glioma models. Mice with melanoma were injected with a 1% solution of either substance and then exposed to light. After 14 days of treatment, the tumor almost completely disappeared. However, injection of drugs alone or light treatment has no therapeutic effect on animals.

“We tried to confirm that chlorine-based compounds, fluorine and carborane have a wide range of applications in the diagnosis and treatment of cancer diseases. When exposed to light, they stimulate the production of ROI. In addition, we believe in the combination of the two treatment methods. Can enhance the anti-tumor effect.”