Nature : China has approved 52 new anti-tumor drugs in 2016-2020, and both the approval and the delay in launching have been improved.

The latest issue of nature reviews drug discovery was published titled ” Characteristics of expedited programmes for cancer drug approval in China” article, commented on the current status of new cancer drugs in China and their accelerated approval.

China has introduced a series of drug approval reforms to accelerate drug development and review in China (Table 1). The specific plan includes:

2) Conditional Approval (CA) plan, NMPA will approve drugs for the treatment of serious or life-threatening diseases based on the alternative endpoints or intermediate results in 2017, and accelerate the approval of foreign countries based on trial data mainly from other countries in 2018 Urgently Needed Overseas Drugs (UNODs).

So far, anti-tumor drugs account for the majority of drugs approved by the accelerated program. 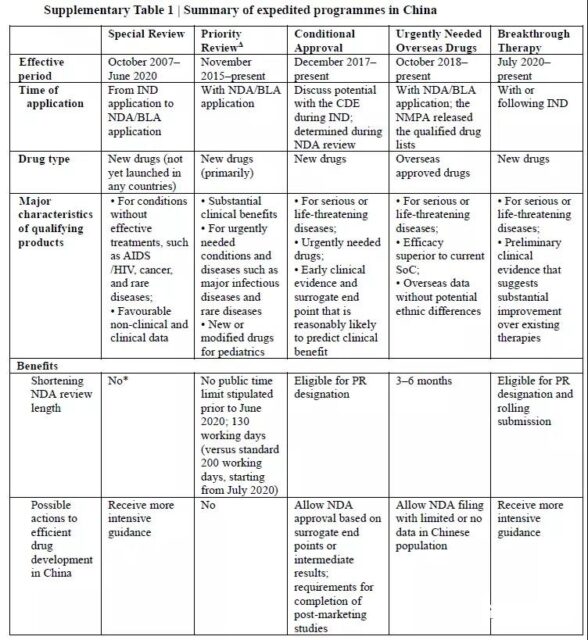 From 2016 to 2020, China has approved a total of 52 new anti-tumor drugs, of which 38 are developed overseas and 14 are domestically developed (Table 2); 44 of these drugs benefit from at least one accelerated program (Figure 1a). According to the analysis of the clinical development and approval time of anti-cancer drugs, the acceleration plan has accelerated the market entry of new anti-cancer drugs in China. Ten drugs with CA and PR marks were approved for the first time after entering clinical research and development, with a median of 4.3 years; while the median of four domestic drugs without CA marks was 11.3 years. 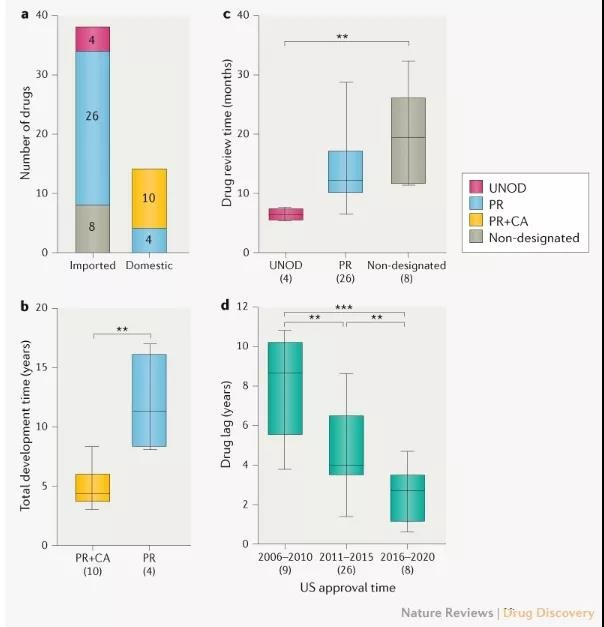 Figure 1 | The characteristics of new anti-cancer drugs developed by China’s accelerated project. a | 2016-2020 accelerated projects; b | development time, with priority review (PR) and conditional approval (CA); c | drug review time for imported new drugs approved in 2016-2020, defined as the submission of new drug applications /The time between the application for a biological license and the approval of the first cancer indication; d | Drug lag, defined as the time difference between the first approval of imported drugs approved by China between the United States and China from 2010 to 2020. **, P < 0.01; ***, P < 0.001. UNOD, there is an urgent need for overseas medicines.

Another goal of China’s regulatory reform is to reduce the lag in the launch of drugs (the time lag between the approval of a new drug by the US FDA and its subsequent approval in China). Compared with non-accelerated drugs (median 19.4 months), PR and UNOD certification significantly shortened the review time of Chinese imported drugs (median 12.2 months and 6.4 months, respectively) (Figure 1c).

China launched a Breakthrough Therapy (BT) program in July 2020, which provides extensive guidance to facilitate drug development and registration. As of May 6, 2021, 27 cancer products have obtained BT certification, including 18 domestic drugs. The project is expected to further promote the innovation of anti-cancer drugs in China. 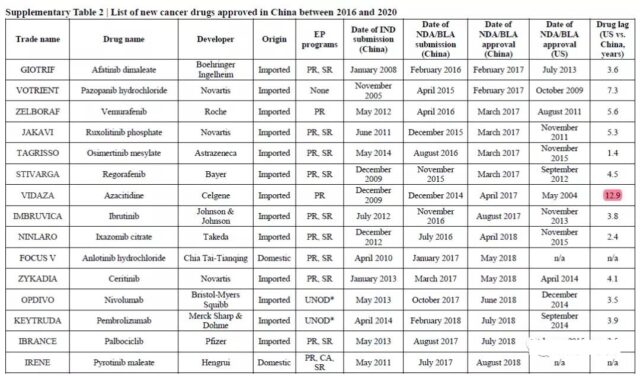 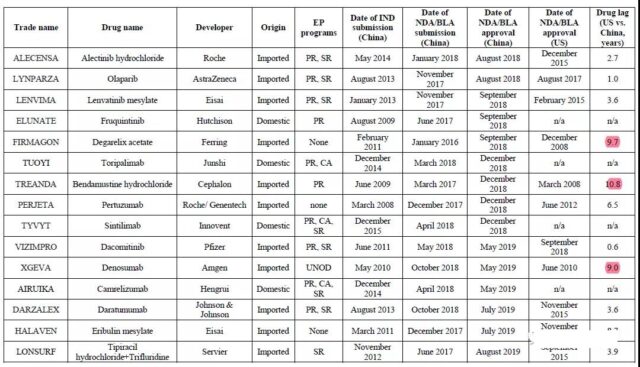 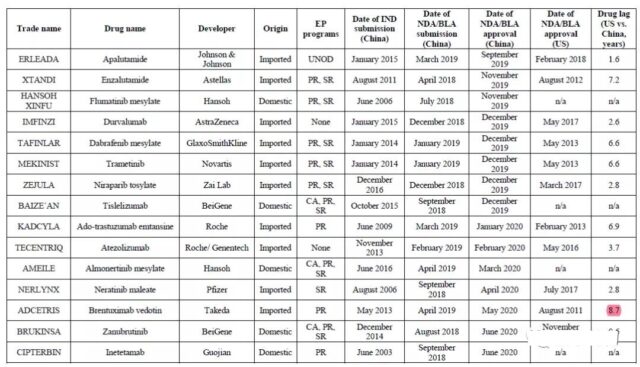