Intestinal polyps must be removed early to avoid cancer

Intestinal polyps must be removed early to avoid cancer.  Oncologist: The polyps that grow here, please remove it as soon as possible, don’t drag it to cancer! 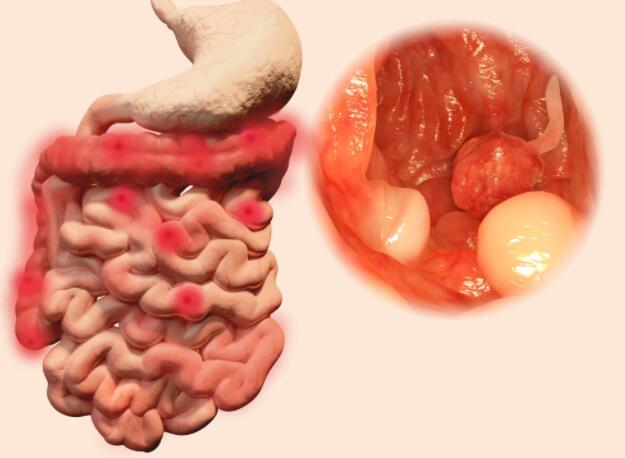 Although polyps are benign tumors, they should not be taken lightly if they grow in the intestine. Such polyps are likely to become cancerous and should be removed as soon as possible.

Polyps are neoplasms that grow on the mucous membrane and are caused by excessive cell proliferation. Polyps can grow on the inner surface of various organs, such as the bladder, uterus, gallbladder, stomach, intestines, and nasal cavity.

Polyps are actually benign tumors, and in most cases they are not life-threatening. Therefore, after the appearance of polyps in many patients, doctors often advise that they do not need special treatment, just pay attention to observation.

However, this does not mean that all polyps are safe. Polyps in some parts of the body may become cancerous. For these polyps, surgical removal is recommended. Otherwise, once cancer occurs, it will pose a serious threat to health and life. So, where does the polyp grow need to be surgically removed?

Most polyps are clinically harmless, but once polyps are found in the intestines, it is recommended to promptly remove them by surgery. Studies have shown that clinically about 80%-95% of bowel cancers arise from bowel polyps.

Polyps in the intestine include ordinary inflammatory polyps and adenomatous polyps. Adenomatous polyps should be paid special attention to. They are precancerous lesions and are closely related to the occurrence of bowel cancer. If they are not treated in time, most patients can eventually develop Cancerous.

Even if it is only an inflammatory polyp, it cannot be taken lightly. Although its harmfulness is relatively small, as the polyp increases, it can cause symptoms such as diarrhea, blood in the stool, and intestinal obstruction, which can also cause health hazards. Therefore, once intestinal polyps are found, they should be removed as soon as possible to avoid causing more serious problems.

People with intestinal polyps usually have the following symptoms, which should be paid attention to:

1. Blood in the stool

If you have an intestinal polyp, the surface of the polyp will be ulcerated and ulcerated, and it will bleed after rubbing with the stool, which will cause blood in the stool.

Some familial polyps due to the large number of polyps, or the rupture of adenomatous polyps, can cause massive bleeding, and even cause coma and shock.

If the polyps in the intestines become inflamed, they can stimulate the intestines, induce intestinal inflammation, and then cause changes in bowel habits, such as irregular stools and frequent bowel movements.

Many patients with familial polyps will have symptoms of malnutrition. This is because intestinal polyps affect the digestion and absorption function of the intestine. Patients can experience symptoms of weight loss and fatigue in a short period of time, which should be taken seriously.

Although polyps are benign tumors, they should not be taken lightly if they grow in the intestine. Such polyps are likely to become cancerous and should be removed as soon as possible.

Generally, it takes about 10 years for bowel polyps to evolve into bowel cancer, and bowel cancer is more common after the age of 55. Therefore, it is recommended that you start colonoscopy once a year at the age of 40. Colonoscopy is about to start at the age of age. Only in this way can polyps be detected in advance, and they can be disposed of before they become cancerous.