FDA authorized GSK/Vir antibody Sotrovimab as COVID-19 early treatment.  Recently, GlaxoSmithKline (GSK) and Vir Biotech jointly announced that the U.S. Food and Drug Administration (FDA) has granted sotrovimab (formerly known as VIR-7831, GSK4182136) an emergency use authorization (EUA) for the treatment of mild Adult and pediatric patients with moderate to moderate COVID-19 (12 years of age and older, weighing at least 40 kg), specifically: a direct SARS-CoV-2 virus test result is positive, and there is a high risk of developing severe COVID-19 (including hospitalization) And death) patients.

Sotrovimab is a monoclonal antibody with dual functions, and has the potential to block the virus from entering healthy cells and eliminate infected cells.

Sotrovimab can bind to an epitope shared by SARS-CoV-2 and SARS-CoV-1 (the virus that causes SARS). This epitope is highly conserved, which may make resistance development more difficult.

Sotrovimab incorporates Xencor’s Xtend technology and is also designed to achieve high concentrations in the lungs to ensure optimal penetration of the airway tissues affected by SARS-CoV-2 and have an extended half-life.

Interim data from the COMET-ICE Phase 3 trial showed that compared with placebo, sotrovimab treatment reduced the risk of hospitalization or death in high-risk outpatient COVID-19 adult patients by 85%. In addition, in vitro data also show that sotrovimab remains active against all known virus variants, including variants from India, indicating that sotrovimab has the potential to become an important new treatment option against the current pandemic and future coronavirus outbreaks.

Currently, sotrovimab is continuing to be evaluated in multiple studies. The 29-day efficacy and safety analysis of the entire study population of the COMET-ICE trial will be conducted in the first half of 2021. GSK and Vir plan to submit a Biologics License Application (BLA) to the FDA in the second half of 2021. Currently, the European Medicines Agency (EMA) is also conducting a rolling review of sotrovimab data. In addition, sotrovimab is also being reviewed by regulatory agencies in other countries including the United Kingdom and Canada.

Adrienne E. Shapiro, a COMET-ICE trial investigator and an infectious disease expert at the Fred Hutchinson Cancer Research Center in the United States, said: “A monoclonal antibody like sotrovimab may be one of our most effective tools against COVID-19. Although Preventive measures including vaccines can reduce the total number of cases, but sotrovimab is an important treatment option for COVID-19 patients and high-risk groups, which will enable them to avoid hospitalization or worse.”

Dr. Hal Barron, Chief Scientific Officer and President of Research and Development of GSK, said: “The speed of COVID-19 vaccination in the United States is encouraging. However, despite these active efforts, there is still a need to help prevent complications in infected patients.” In just over a year since we started working together, and less than 10 months after starting clinical trials, we are very pleased to see that from today onwards, the benefits of this unique monoclonal antibody will be provided to those in need Patients.” 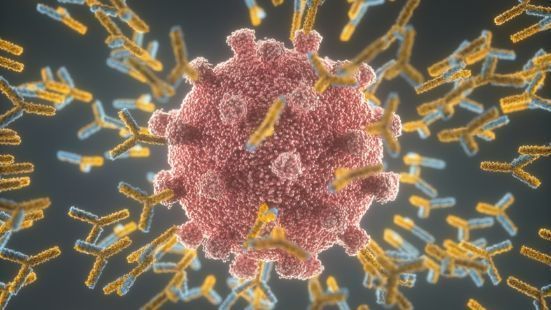 This EUA is based on the interim analysis data of the Phase 3 clinical trial of COMET-ICE (Covid-19 Monoclonal Antibody Efficacy Trial-Early Care Intention). The trial evaluated the efficacy of sotrovimab as a monotherapy for early treatment of COVID-19 patients at high risk of hospitalization. The primary efficacy endpoint is the proportion of patients with progression of COVID-19. COVID-19 progression is defined as: requiring hospitalization for at least 24 hours or death within 29 days after randomization.

In March 2021, the trial was terminated early because the independent data monitoring committee (IDMC) reviewed the existing data and concluded that there is evidence that sotrovimab has significant clinical efficacy. As mentioned earlier, an interim analysis based on data from 583 randomized patients showed that the trial reached the primary endpoint: compared with placebo, the hospitalization or mortality rate of patients treated with sotrovimab was reduced by 85% (p=0.002) ). In this trial, the most common adverse reactions in the sotrovimab treatment group were rash (2%) and diarrhea (1%), both of which were grade 1 (mild) or grade 2 (moderate).

Sotrovimab targets a conserved epitope of the S protein that is unlikely to mutate over time. In vitro experimental data show that sotrovimab is active against all known related variants.

EUA submissions also include data from published in vitro studies, showing that sotrovimab maintains activity against all known epidemic variants, including those from Brazil (P.1), California (B.1.427/B.1.429), and India (B.1.427/B.1.429). .1.617), New York (B.1526), ​​South Africa (B.1.351) and the United Kingdom (B.1.1.7). Currently, GSK and Vir are continuing to evaluate sotrovimab’s ability to maintain activity against newly emerging variants. The clinical impact of these in vitro variant data is unclear. Data collection and analysis are still ongoing.