High uric acid can cause gout and kidney disease. How to prevent Hyperuricemia from developing to kidney failure or uremia?

How to prevent Hyperuricemia from developing to kidney failure or uremia? Hyperuricemia is also an independent risk factor for cardiovascular disease.

With the improvement of living standards and changes in lifestyles, more and more people suffer from the “three highs”. The “three highs” include high blood sugar, high blood pressure and hyperlipidemia. Also related to eating habits and lifestyle, the “fourth highest” has also increased, namely hyperuric acid, also known as hyperuricemia. 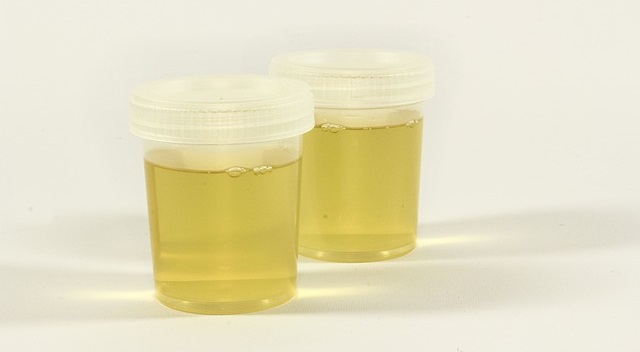 Like the “three highs”, hyperuricemia is also an independent risk factor for cardiovascular disease. Not only that, long-term hyperuricemia causes urate crystals to deposit on joint synovium, bursa and cartilage, causing recurrent inflammatory diseases, which is gout or gouty arthritis.

The characteristic of gouty arthritis is that birefringent sodium urate monohydrate crystals can be found in synovial fluid and tophi. In other words, hyperuricemia can cause gout. Gouty arthritis can manifest as redness, swelling, heat, pain, and limited mobility in the joints. It can occur in many joints of the limbs, but it is more common in the toe joints and ankle joints, and other parts such as the wrists, elbows, and elbows. Gout can also occur in joints such as the fingers, the back of the foot, the heel and the knee.

The onset of gout is generally related to triggers, that is, drinking, binge eating, injury, infection, local cold, and the use of certain drugs (such as diuretics, aspirin, tacrolimus, benzbromarone, etc.) that can easily induce gouty arthritis Of seizures. When gout attacks, the pain is very severe, even unbearable. In severe cases, fever, headache, nausea, and fatigue may occur.

Since hyperuricemia can also cause kidney disease, what can be done to avoid the development of kidney failure and uremia?

That is, a large amount of uric acid is produced in a short period of time, which causes the filtered uric acid in the original urine to far exceed the normal level, so that a large amount of uric acid crystallizes and blocks the renal tubules, resulting in oliguria-type acute kidney injury (AKI), usually seen in chemotherapy for malignant tumors In the next 1-2 days, a large number of cell destruction leads to a rapid increase in the production of uric acid. At this time, the patient’s blood creatinine and urea nitrogen and other indicators can rise rapidly.

Because it often occurs in the early stage of tumor chemotherapy, reducing the tumor load can significantly reduce or avoid the occurrence of renal failure. Such as patients with leukemia, when the peripheral blood white blood cell count is more than 100,000/μL, it is not suitable for direct chemotherapy. At the same time, uric acid-lowering drugs, allopurinol or febuxostat can be used to prevent hyperuricemia before tumor chemotherapy, and the appropriate dose should be selected according to the patient’s renal impairment. For patients with acute uric acid nephropathy, it is necessary to fully hydrate and alkalize the urine, and if necessary, undergo hemodialysis to pass the dangerous period.

Usually manifested as chronic renal insufficiency, and its renal pathology is mainly renal tubulointerstitial damage. The patient’s urine protein is mostly small (24-hour urine protein quantitative <1.0 g), urine protein in routine urine may be negative or ± or 1+, and hypertension is common. The physical examination is often accompanied by gouty arthritis and subcutaneous tophi. To prevent renal failure and uremia, the main measures taken are to choose drugs for hyperuricemia and hypertension, and to correct bad lifestyle and eating habits.

Patients may have low back pain, hematuria, and may be accompanied by gouty arthritis. Tests can find that both blood uric acid and 24-hour urine uric acid will increase. Imaging examinations can find uric acid stones in the urinary tract, and stones and crystals of different sizes can be seen in the kidney and ureter. Uric acid stones block the ureters and kidneys, which can cause obstructive nephropathy, and can also cause kidney failure and uremia. The measures to be taken should mainly focus on how to reduce the production of uric acid. Febuxostat can be used to reduce the production of uric acid. Sodium bicarbonate is also needed to alkalinize the urine, and patients are required to drink frequently and urinate frequently. Patients with larger stones may choose surgical treatment.

When hyperuricemia is only discovered during a physical examination, the patient has no symptoms related to gouty arthritis and kidney damage. As long as the lifestyle changes and eating habits can be changed early, kidney failure and uremia will generally not be found. However, when hyperuricemia has been around for a long time, no effective measures have been taken, and even gout and kidney damage have been manifested. At this time, the treatment becomes more difficult, and it is easier to develop uremia. Therefore, for patients with hyperuricemia, early detection, early intervention, and early treatment are the keys to avoid renal failure and uremia.