Will a kidney disease patient with a little proteinuria develop to uremia? 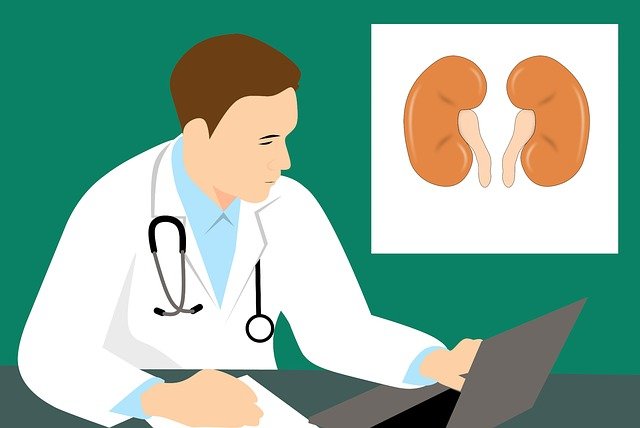 Before discussing this topic, let’s take a look at this case. The patient is a middle-aged female with a medical history of more than 13 years. When nephropathy was first discovered, the patient mainly showed slight swelling of both lower limbs and no other discomfort. After the hospital examination, the urine protein was ±-1+, the 24-hour urine protein was 0.48 g (ie 480 mg), and the blood pressure was basically normal (blood pressure). Fluctuations between 110/70-140/90mmHg), renal function is completely normal. At that time, it was clinically diagnosed as “chronic glomerulonephritis”, and only general conventional treatment was given.

Later, although regular review was also frequent, the urine protein was between 0.3 and 0.7 grams, and there was no abnormality in kidney function after repeated examinations. The patient underwent a renal puncture pathological examination 3 years ago, and the result showed “IgA nephropathy”. Since I have been sick for a long time, I often hear doctors say, “Your condition is mild, don’t worry about uremia!” Later, I gradually didn’t take it seriously. In the last 3 years, patients have basically ignored it. Until the day 2 weeks ago, the patient felt obviously uncomfortable, complained of dizziness, fatigue and increased nocturia. After another examination, it was found that the renal function was obviously abnormal, showing that the blood creatinine was 272.5 μmol/L, and the patient’s urine protein was still only 1+. The 24-hour urine protein quantitative was 0.53 g.

1. After partial remission of nephrotic syndrome

After the treatment of nephrotic syndrome, the condition was partially relieved, the patient’s edema completely subsided, and the plasma protein and blood lipids returned to normal. However, the urine protein dropped to a small amount of proteinuria, and the 24-hour urine protein quantitative did not drop below 0.3 grams. Although the curative effect is also very good, it is still possible to develop gradually. Subsequent regular review and follow-up treatment are still necessary to avoid the occurrence of chronic renal failure and uremia.

This is similar to the above abnormal urine test IgA nephropathy, the difference is that this is a clinical diagnosis, and the abnormal urine test IgA nephropathy is a pathological diagnosis. Similarly, mild chronic glomerulonephritis with only a small amount of proteinuria may also develop into uremia. It is also necessary to pay close attention to changes in the disease and give corresponding treatment and management.

Generally speaking, the urine protein of patients with chronic interstitial nephritis is not too high, and the 24-hour urine protein quantitative is about 1.0 g or less than 1.0 g, which is related to the main damage to the characteristics of the renal interstitial. Urinary tract infections or certain nephrotoxic drugs are the pathogenic factors of chronic interstitial nephritis. This disease also accounts for a certain proportion of the causes of chronic renal failure and uremia.

In some cases of polycystic kidney disease, if you do not do kidney color Doppler ultrasound and renal function tests, but only check the urine routine, sometimes the kidney disease may not be found. The reason is that in the absence of urinary tract infection or cyst bleeding, urine routine is normal and urine protein is negative. Even if the patient’s blood creatinine is significantly abnormal, urine protein can still be negative. However, polycystic kidney disease will eventually be chronic renal failure and uremia.

There is a type of lupus nephritis of “not tepid”, the patient has no special manifestations at all: no facial erythema, no edema, low urine protein, and no joint pain. Unfortunately, some patients are only diagnosed when they develop chronic renal failure or uremia. In other words, lupus nephritis with only a small amount of urine protein will also progress.
Nephropathy that can progress with only a small amount of proteinuria is far more than the above 7 types. Don’t think that kidney disease will not progress if the urine protein is not too high. Those with a 24-hour urine protein quantitative of less than 1.0 g or even less than 0.5 g may also end up Progression to uremia also requires attention and management.