Ipsen recently signed a license agreement with IRLAB to obtain the exclusive global development and development of a new dopamine D3 receptor antagonist mesdopetam (IRL790) Commercialization rights. Through this license agreement, Ipsen aims to develop a drug with a new mechanism of action to improve the lives of Parkinson’s disease (PD) patients.

Currently, mesdopetam is being evaluated in phase 2b clinical trials as a potential treatment option for PD patients experiencing levodopa-induced dyskinesia (LID). LID is a serious involuntary movement common in PD patients. It is estimated that about 40-50% of PD patients will develop LID after receiving dopamine replacement therapy for 5 years. Currently, treatment options for LID are limited. In addition, mesdopetam is also in the early stage of development for the treatment of Parkinson’s disease psychosis (PDP), which is a common symptom of PD, and about 50% of PD patients will eventually develop this symptom during the course of the disease.

IRLAB will continue to be responsible for the ongoing Phase 2b trial. Ipsen will initiate Phase 3 preparation activities and will be responsible for all remaining clinical development and global commercialization. Under the terms of the agreement, IRLAB will be eligible to receive up to US$363 million in funding, including a cash advance of US$28 million, and development, regulatory and commercial milestone payments of up to US$335 million. IRLAB is also eligible to receive low 2-digit tiered royalties from mesdopetam’s global net sales. The transaction does not affect ipsen’s financial guidance for 2021. 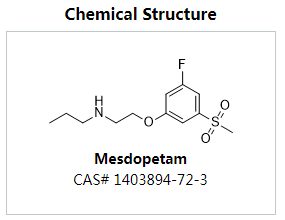 Parkinson’s disease (PD) is a common and progressive neurodegenerative disease that affects more than 10 million people worldwide. The most common motor symptoms of the disease are tremor, muscle stiffness, and slow movement. PD patients also experience other problems that are not related to exercise, including anxiety, pain, and depression. The symptoms of PD are usually controlled with drugs, such as levodopa, to compensate for the loss of dopaminergic neurons. A common side effect of levodopa is dyskinesia, that is, involuntary and unstable movements of the face, arms, legs, or trunk. For many PD patients, movement disorders are very serious and can interfere with normal functions.

Mesdopetam (IRL790) is a new type of dopamine D3 receptor antagonist, developed for PD patients to prevent and treat LID, and treat PDP. The completed phase 1b and phase 2a clinical project data show that in PD patients undergoing LID, mesdopetam treatment has greatly improved clinically relevant endpoints, reduced the time that PD patients experience dyskinesias, and prolonged the “ON” of patients. -Time (open period)”. ON-Time refers to the time during which PD patients take levodopa drugs for optimal efficacy and without movement disorders. Preclinical studies have shown that mesdopetam is an effective anti-dyskinesia drug and has the potential to prevent movement disorders. In addition, in preclinical studies, mesdopetam also showed antipsychotic properties.

Dr. Howard Mayer, Executive Vice President and Head of Research and Development of ipsen, said: “We are very pleased to sign this license agreement with IRLAB. Through the cooperation, our goal is to bring mesdopetam to those who are experiencing levodopa-induced dyskinesia (LID). Patients with Kinsen disease (PD). We are pleased to strengthen our pipeline and deepen our commitment to the neuroscience community around the world, including patients with this debilitating neurodegenerative disease.”