In verifying the effectiveness of the new grading system proposed by the Pathology Committee of the International Association for the Study of Lung Cancer (IASLC) on the prognostic stratification of Chinese patients with aggressive lung adenocarcinoma (ADC), the grading system, common driver mutations and adjuvant chemotherapy (ACT) were also studied. Relevance.

From 2008 to 2016, the histological pattern of a large cohort of 950 patients with aggressive ADC (stage I to III) was retrospectively analyzed and classified according to the proposed grading system.

Compared with the traditional dominance-based model group, the new grading system has better survival discrimination (area under the recurrence-free survival curve [AUC] = 0.768, and overall survival AUC = 0.775). When the lymphatic vascular infiltration state was included, the AUC curve did not improve further. EGFR mutations (P<0.001) were associated with intermediate grades, while KRAS mutations (P = 0.041) and ALK fusions (P = 0.021) were more common in poor grades. The reclassification of the grading system based on EGFR mutation status showed excellent survival discrimination (P <0.001). In particular, the use of ACT in stage Ib-III patients with new high-grade ADCs can improve the prognosis.

The new IASLC grading system is a practical and effective method to identify the prognosis of patients, and should be part of the comprehensive pathological genetic subtypes to improve the survival prediction of patients. In addition, it may support the stratification of patients with active adjuvant chemotherapy. 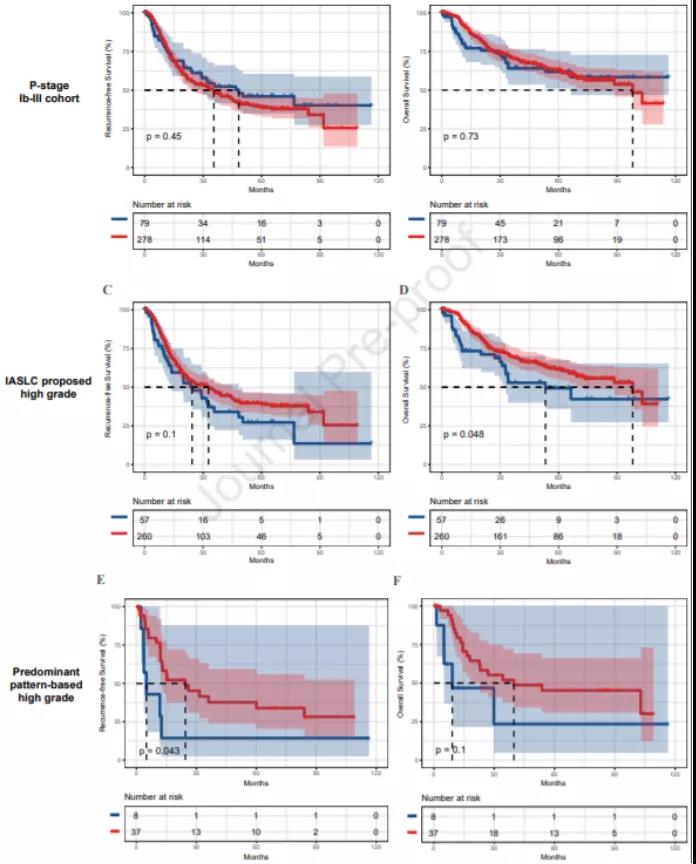