HLA-B44: Effect prediction marker of lung cancer immunotherapy. Human Leukocyte Antigen (HLA)-B is considered to be the main determinant of differences in disease prognosis, and there is recent evidence that it plays a role in the efficacy of immune checkpoint blocking therapy (ICB). HLA-B44 supertype, which is characterized by a pocket with positive binding, which preferentially displays negatively charged amino acids.

Human Leukocyte Antigen (HLA)-B is considered to be the main determinant of differences in disease prognosis, and there is recent evidence that it plays a role in the efficacy of immune checkpoint blocking therapy (ICB). The HLA-B44 supertype, which is characterized by an electrically positive binding pocket, preferentially displays negatively charged amino acid-anchored peptides, and is related to improving the survival rate of melanoma ICB treatment1. However, this correlation is not seen in ICB-treated non-small cell lung cancer (NSCLC).

The study showed that based on the gene mutation map, mutations that cause glutamate substitution occur more frequently in melanoma than in non-small cell lung cancer. In addition, stratification of B44 based on the presence of somatic mutations leading to negatively charged glutamate anchor sites determined that the benefit of immune checkpoint blockade in patients with non-small cell lung cancer is similar to that of melanoma. These findings are expected to improve the assessment of HLA-related results and predict the benefit of immune checkpoint blockade in B44 patients. 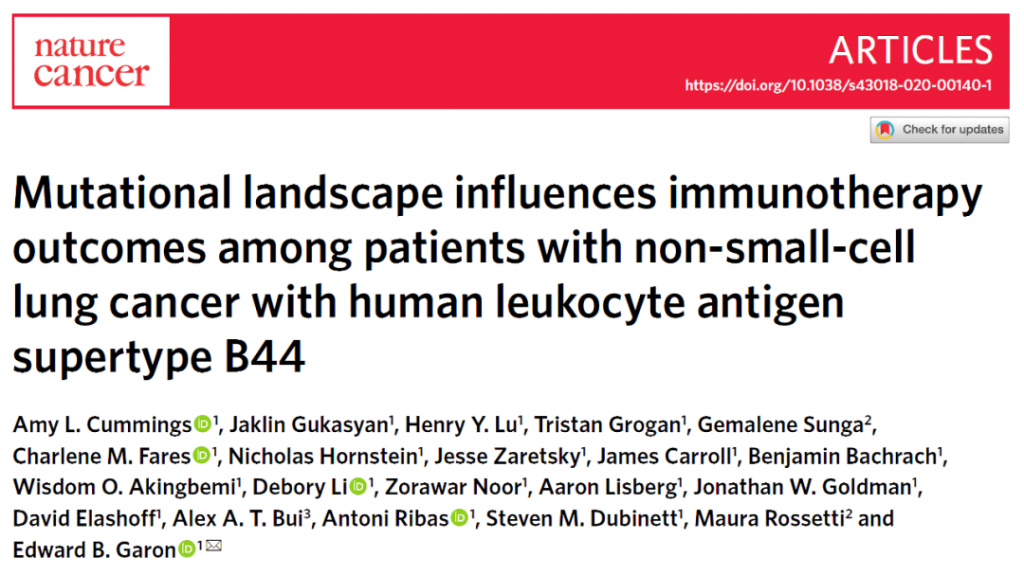 The research team performed whole exome sequencing (WES) on 67 patients with advanced NSCLC treated with pambrolizumab at the University of California, Los Angeles (UCLA) to obtain HLA typing, tumor mutational burden (TMB), and neoantigens, etc., and used them together The Dana Farber Cancer Institute’s NSCLC and melanoma immunotherapy cohort served as external validation. In addition, the researchers analyzed the half-inhibitory concentration (IC50) between HLA-B44 supertype and neoantigen through in vitro experiments. 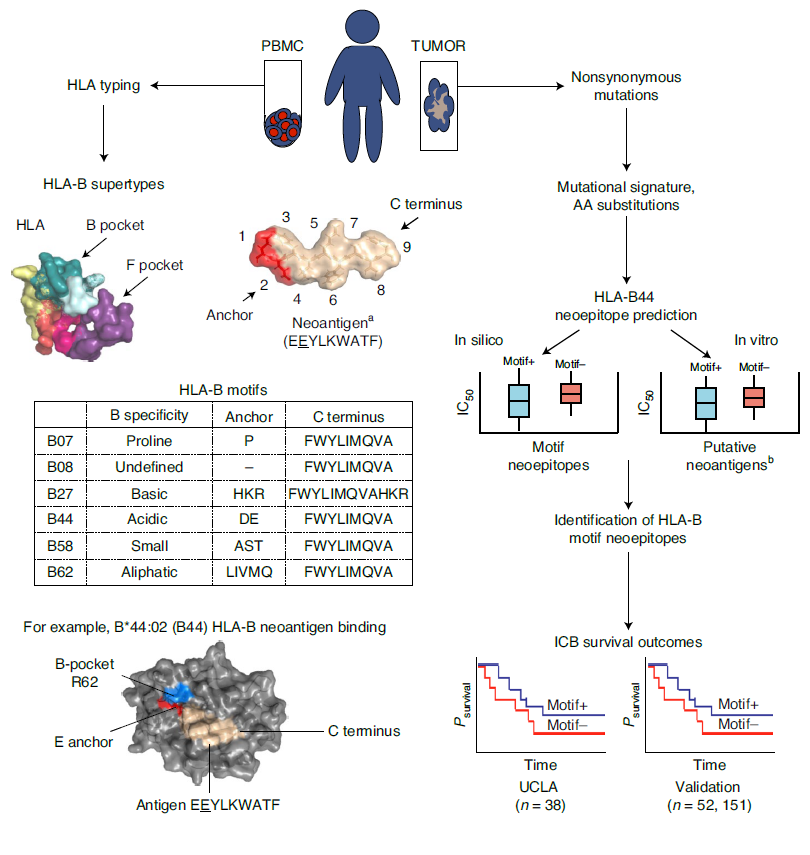 Based on OS and PFS of charged neoepitope motifs, the impact of HLA-B44 supertype on the prognosis of NSCLC and melanoma immunotherapy was analyzed. 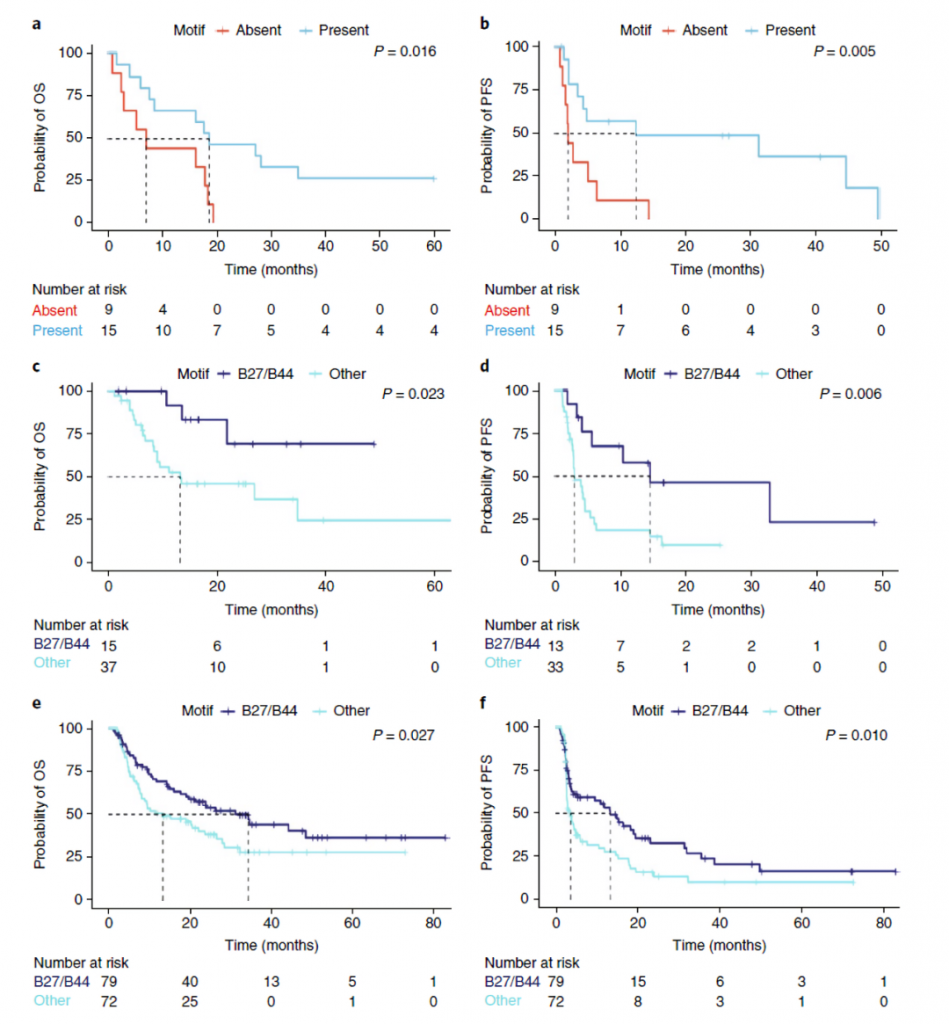 In conclusion, the study found that HLA-B44 supertype can be used to predict the efficacy of NSCLC immunotherapy, and its function in melanoma is similar, but other HLA supertypes need to be further verified.