PNAS: Ferroptosis is a powerful way to treat cancer

Ferroptosis is related to Parkinson’s disease, pancreatic cancer, diabetic complications, renal failure, cardiovascular and cerebrovascular diseases and other diseases. It has been discovered that Ferroptosis can be activated or inhibited to interfere with the development of the disease. Therefore, Ferroptosis has become a recent phenomenon. Research hotspots.

Recently, the team of Professor Xuejun Jiang from the Memorial Sloan Kettering Cancer Center in the United States published a titled “Oncogenic activation of PI3K-AKT-mTOR signaling suppresses ferroptosis via SREBP-mediated lipogenesis” in the Proceedings of the National Academy of Sciences (PNAS).
Research papers.

The research team found that in in vitro cell experiments, tumor cells with mutations in the PI3K-AKT-mTOR pathway showed strong resistance to drugs that induce cell Ferroptosis.

Next, the research team will use a combination of drugs that block the PI3K-AKT-mTOR pathway and drugs that induce cell Ferroptosis, and these cancer cells will die.

Then, the research team conducted verification in mouse models of breast and prostate cancer that contain mutations in the PI3K-AKT-mTOR pathway. Experimental results showed that the combination of these two drugs can almost completely destroy and eliminate tumors in mice. 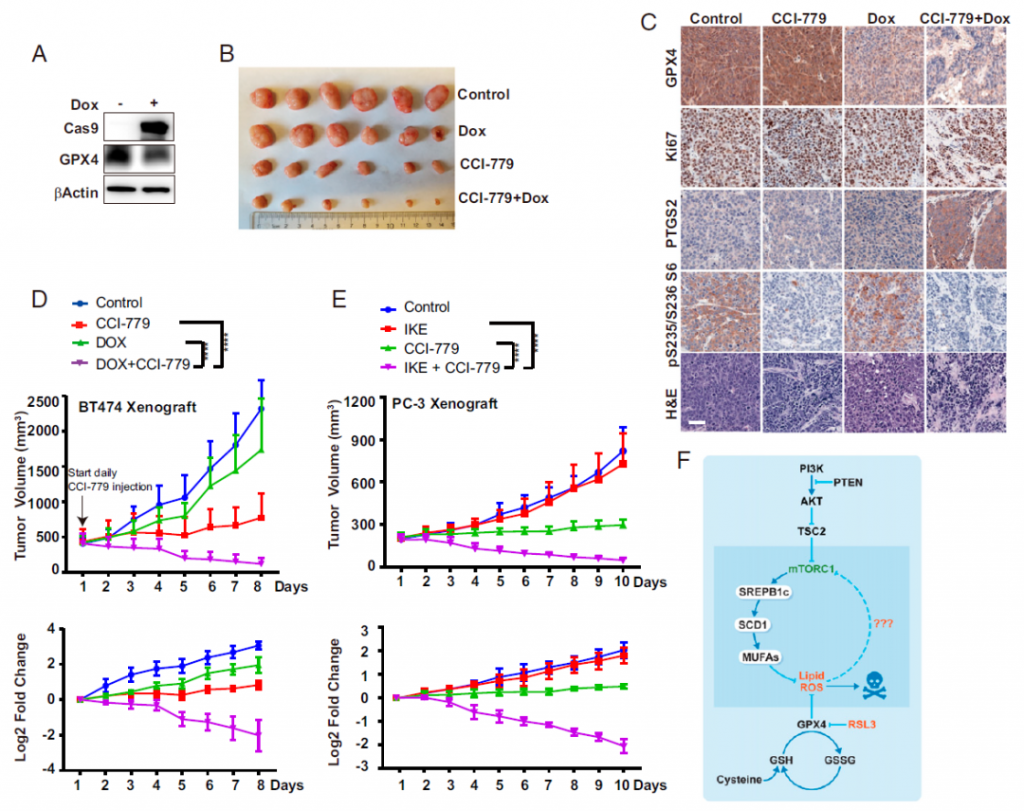 Faced with the results of this experiment, Professor Jiang Xuejun, the corresponding author of the study, said that this is the most significant tumor regression that has never been seen in his laboratory.

The research team further showed that the mutant PI3K-AKT-mTOR pathway can increase the activity of proteins involved in cell membrane lipid synthesis, thereby increasing cell membrane lipids and protecting cells from Ferroptosis. By blocking the PI3K-AKT-mTOR pathway, it is possible to pump down, prevent excessive synthesis of lipids, and make cells sensitive to Ferroptosis.

On July 24, 2019, Jiang Xuejun’s team and others published a paper in Nature and found that certain gene mutations in the Hippo pathway can make cells more sensitive to Ferroptosis providing a new research direction for cancer treatment through Ferroptosis.

This study by PNAS is a supplement and development to the Nature paper mentioned above. Gene mutations in many cancers are related to the sensitivity of cells to Ferroptosis. Therefore, these mutations can be used to initiate Ferroptosis, thereby killing cancer cells. It is expected to become a new and exciting cancer treatment method.

It is reported that Professor Xuejun Jiang’s team has applied for a patent related to the research, and the next step will be to test the drug combination on tumor samples from cancer patients treated at the Memorial Sloan Kettering Cancer Center.