Based on the results of Keynote-024 and IMpower110, the FDA has approved pembrolizumab and atezolizumab as the first-line treatment for patients with advanced NSCLC with PD-L1≥50%.

Patients with well-controlled hepatitis B/C/HIV, pre-treated and stable brain metastases, squamous and non-squamous NSCLC can participate in the trial.

In the original trial design, all patients were randomly divided into two groups.

The patients were randomized to receive cimiprizumab 350 mg intravenously at a ratio of 1:1, once every 3 weeks for 108 weeks; or the platinum-containing dual-drug chemotherapy regimen selected by the investigator for 4-6 cycles (with Or without pemetrexed maintenance chemotherapy).

If the condition of any group of patients deteriorates severely, cross-group treatment is allowed. The primary end point is the patient’s overall survival (OS), and the secondary end points include objective response rate (ORR), duration of remission, quality of life, and safety.

From June 2017 to February 2020, a total of 710 patients were randomized (356 cases in the cimipril group and 354 cases in the chemotherapy group). In the second interim analysis in March 2020, 355 and 342 patients in the overall population received cimiprizumab and chemotherapy, respectively.

In the intent-to-treat (ITT) population with PD-L1≥50%, 283 and 280 patients received cimiprizumab and chemotherapy, respectively. Among them, 88 cases did not follow the entry criteria for PD-L1 testing before August 2018, and showed PD-L1 ≥50% when tested again; 475 cases followed the entry criteria for PD-L1 testing after August 2018 and showed PD -L1≥50%. 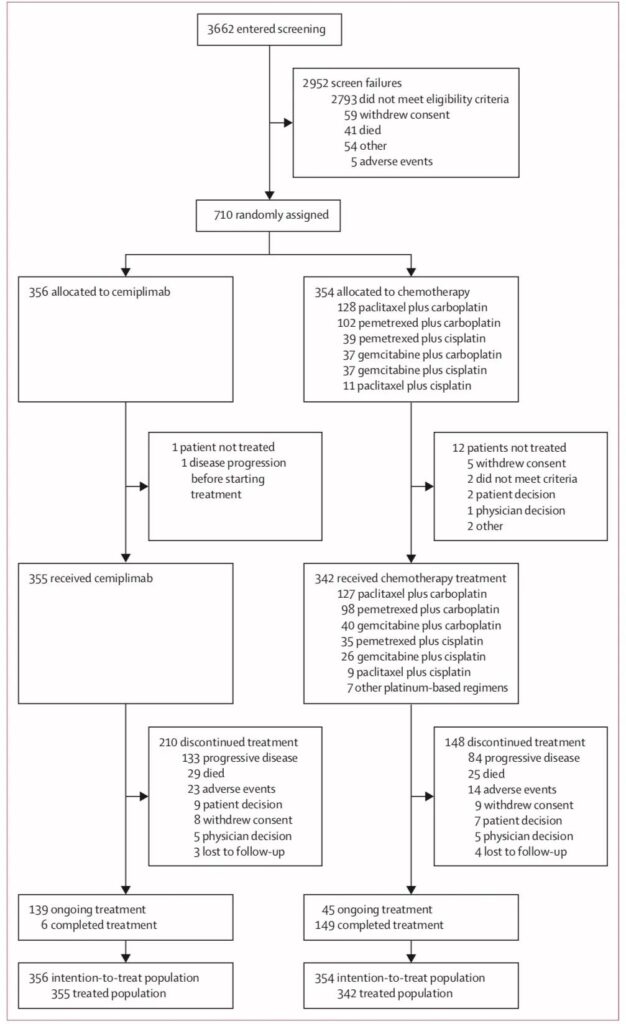 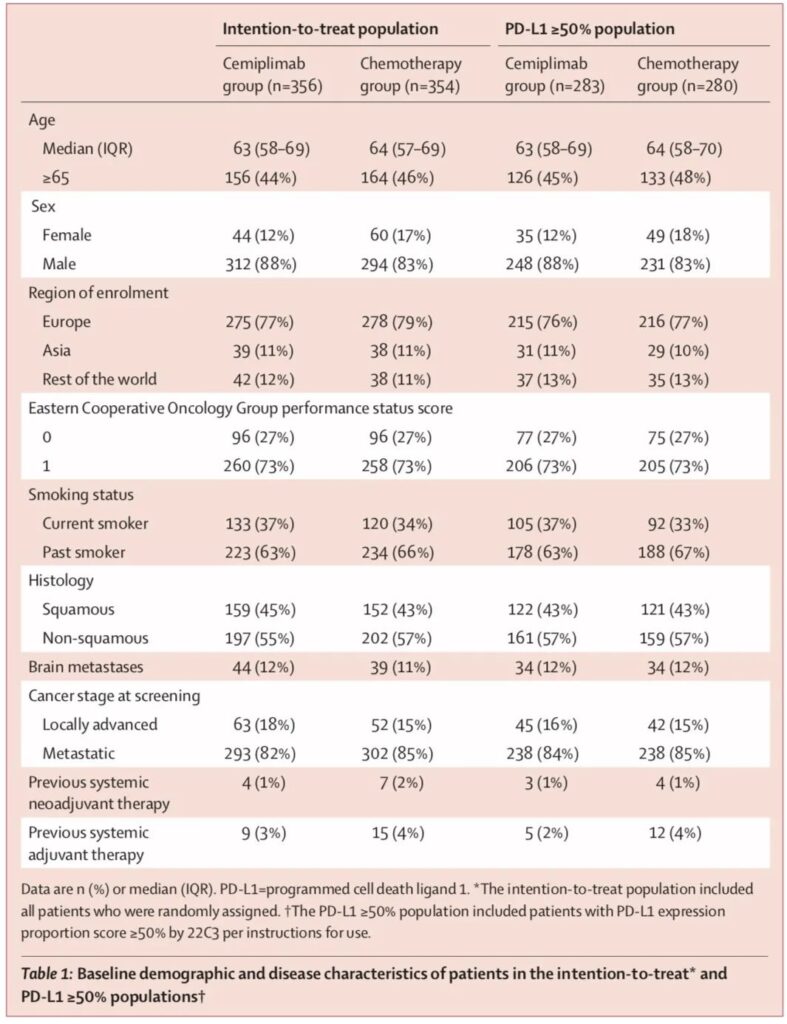 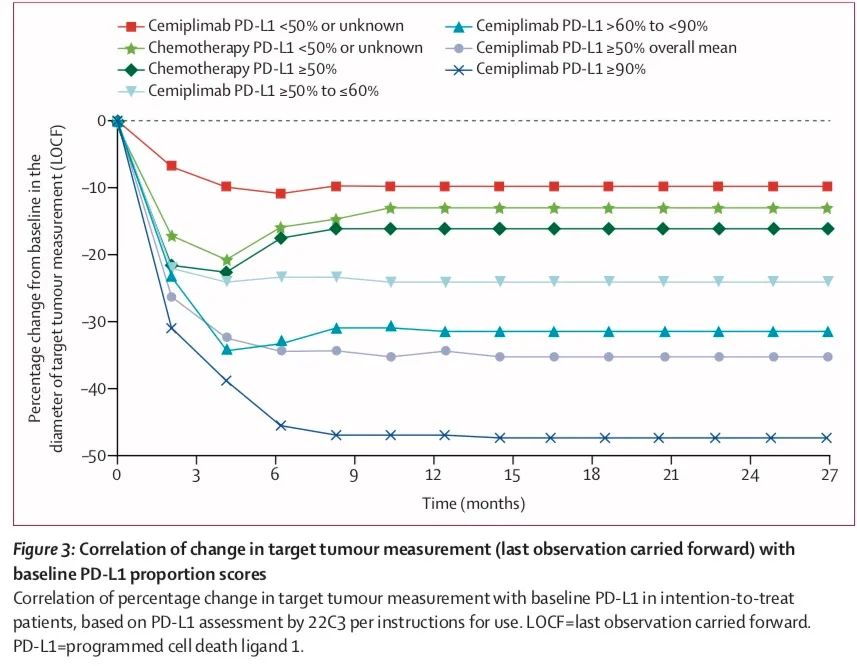 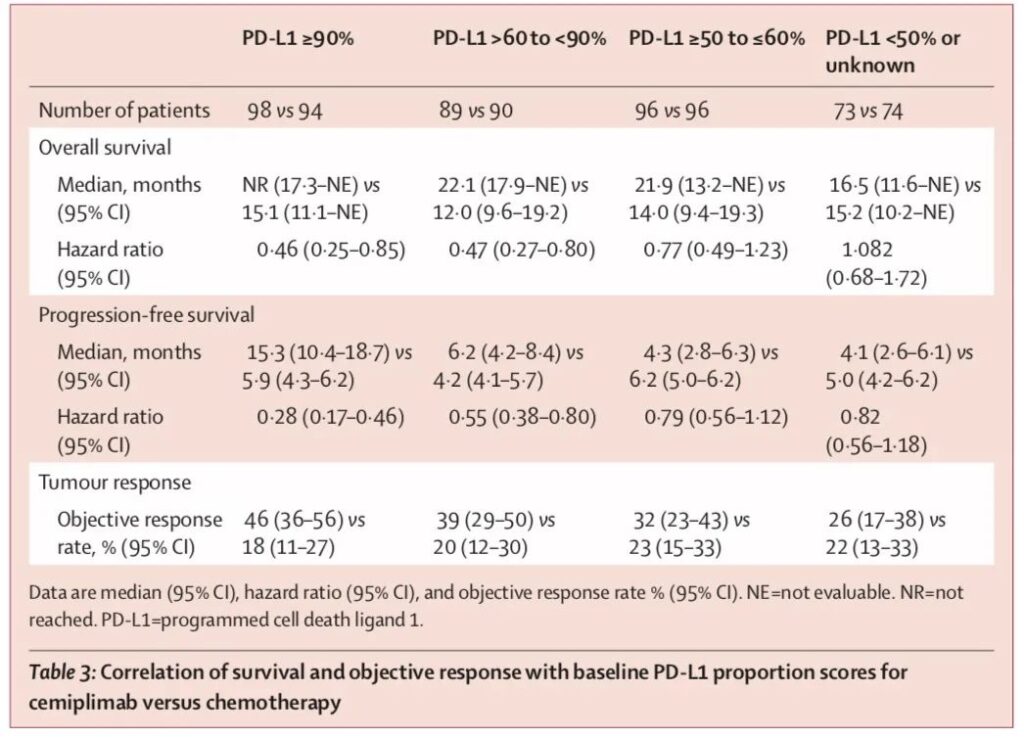 In addition, the estimated rates of 24-month OS in the two groups were 50% and 27%, respectively.

1) Compared with the chemotherapy group, the PD-1 group has better survival (OS), progression-free survival (PFS) and objective response rate (ORR), and the extent of benefit increases with the increase of PD-L1 expression rise;

2) The tumor shrinkage in the study group was greater, and it was related to the PD-L1 level;

3) In the PD-1 monoclonal antibody group and the chemotherapy group, the ORR difference of the population with PD-L1≥90% is the largest: 46% vs 18%;

4) PD-L1<50% or unknown, the curative effect is roughly the same as that of patients receiving chemotherapy. 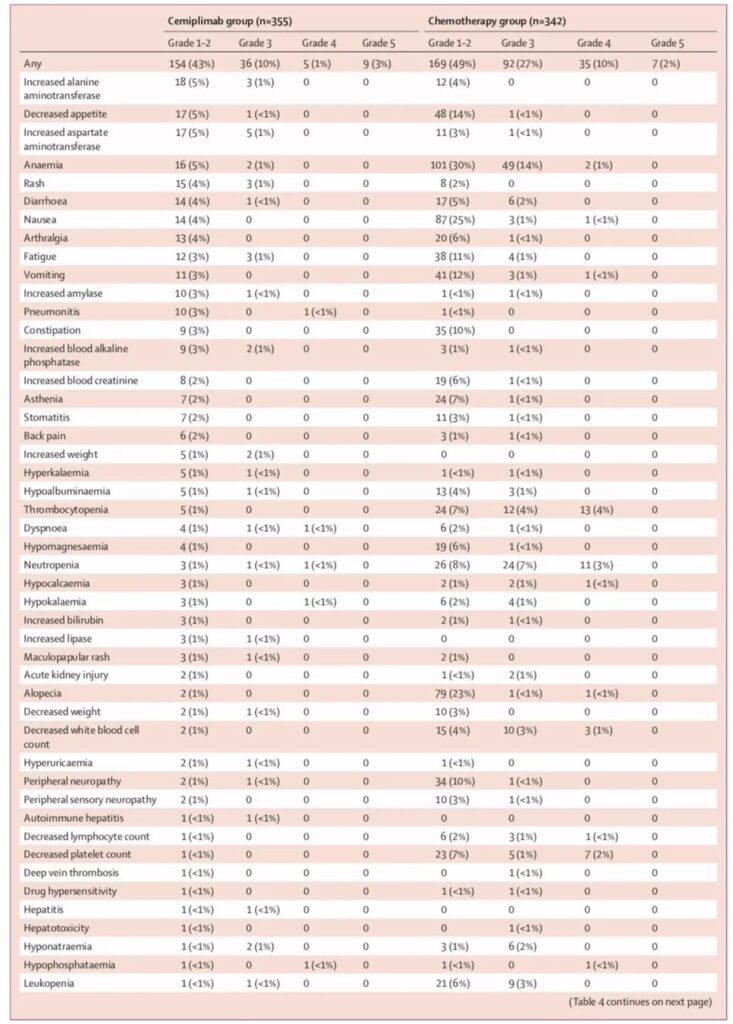 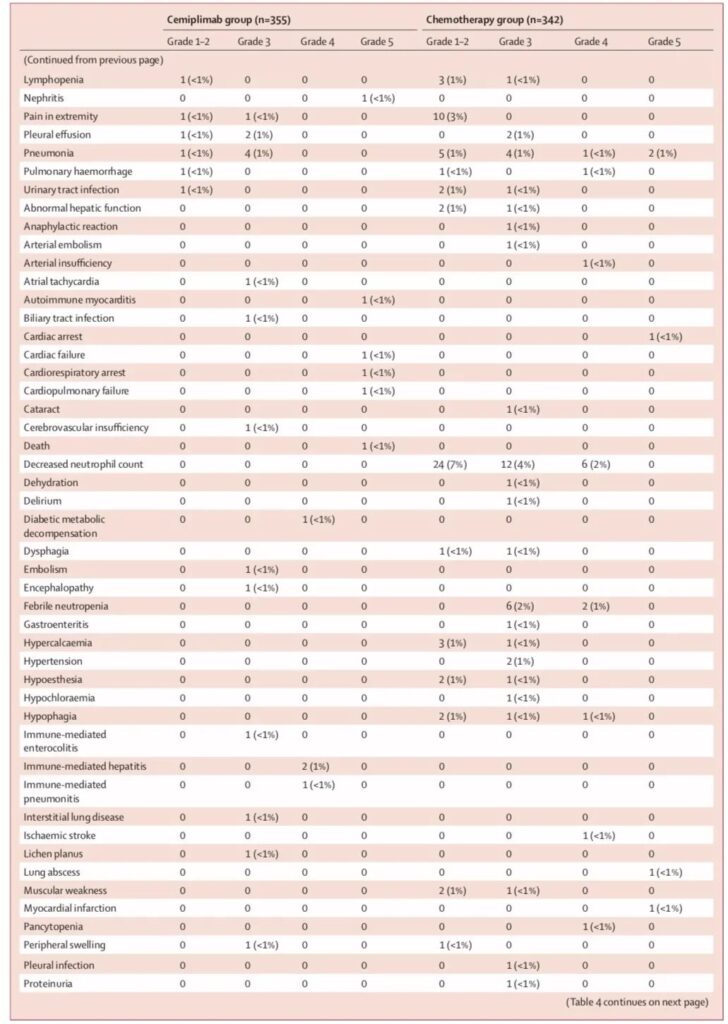 Based on the above research results, on February 22, 2021, the U.S. Food and Drug Administration (FDA) approved the PD-1 inhibitor cimiprizumab as the first-line treatment of PD-L1 expression ≥50%, without EGFR, ALK or Patients with locally advanced or metastatic non-small cell lung cancer (NSCLC) who have ROS1 mutations and are not suitable for surgical resection or radiotherapy and chemotherapy.