Y537S and D538G are the most common Erα mutations in breast cancer. Breast cancers with these two ERα mutations tend to be less sensitive to the inhibition of the drug fulvestrant, which is a typical second-line endocrine system Therapy; the drug Lasofoxifene is a selective estrogen receptor modulator with potential benefits for bone health and breast cancer prevention.

A few days ago, in a research report titled “Lasofoxifene as a potential treatment for therapy-resistant ER-positive metastatic breast cancer” published in the international journal Breast Cancer Research, scientists from the University of Chicago and other institutions investigated Lasso through research.

The anti-tumor activity of simoxifen in breast cancer xenografts expressing Y537S and D538G ERα mutants, and they also evaluated the combined therapy of lasoxifene, pabociclib and CDK4/6 inhibitors. Potential for the treatment of breast cancer. The results found that lasoxifene is superior to the current gold standard therapeutic drug fulvestrant in reducing or preventing the growth of primary tumors, and it can also effectively prevent the metastasis of cancer cells in the lung, liver, bones and brain. .

In addition, the researchers also found that the drug Fulvestrant and similar drugs often cause unwanted side effects similar to menopause, but lasoxifene can effectively prevent certain symptoms. Researcher Dr. Geoffrey Greene said that in addition to being very effective, the drug can also better improve the body’s bone density and certain vascular motion symptoms. About 75% of breast cancers are estrogen receptor positive (ER positive), which means that cancer cells have special receptors to respond to estrogen, and can use it to nourish the tumor and promote tumor growth; and menopause The latter patients are usually treated with drugs that can inhibit the production of estrogen, that is, aromatase inhibitors and so on. 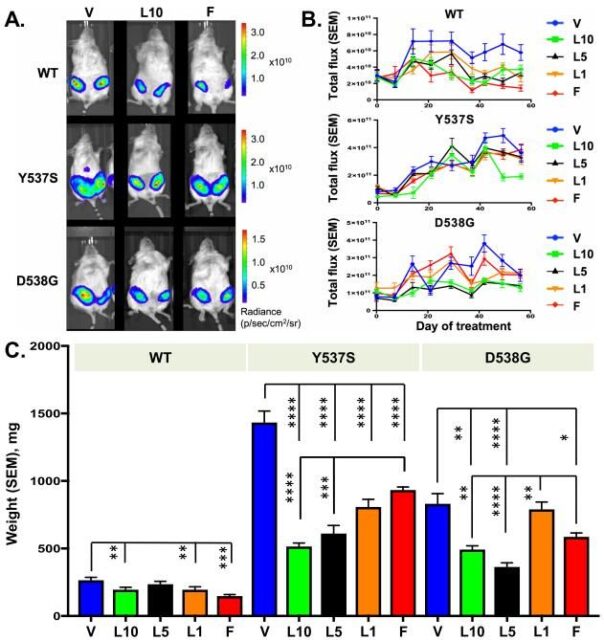 The effect of lasoxifene on the progression of primary tumors expressing wild-type ERa and mutant ERa.

However, about 40% of patients will eventually develop resistance to the therapy. More importantly, some tumors may even produce mutations in the estrogen receptor, which keeps them in an active state, which will promote the tumor’s aromatization.

Enzyme inhibitors develop tolerance. When this process occurs, the patient’s body usually replaces estrogen receptor antagonists, such as fulvestrant. These drugs can work by blocking estrogen receptors to nourish cancer. Although effective, drugs such as Fulvestrant can also cause side effects such as menopause, including decreased bone density, hot flashes, and vaginal atrophy. These side effects often make patients very uncomfortable.

As a selective estrogen receptor modulator, Laxoxifene was first developed to prevent osteoporosis, and it was later found to have estrogen and anti-estrogen effects in different tissues. These authors The use is mediated by estrogen receptors. Previous studies have shown that in addition to preventing bone loss, lasoxifene can also prevent breast cancer.

Compared with other drugs, it can reduce the risk of ER-positive breast cancer. The incidence rate is reduced by about 80%. This drug has good safety and can maintain bone density and other functions.

Although researchers have found that lasoxifene can help prevent breast cancer, they do not know whether the drug has tumor-fighting properties; in the article, the researchers performed ER-positive breast cancer tumors in mice that can activate ER mutations.

In the study, they used lasoxifene and fulvestrant to treat different mice separately. In addition, the researchers also tested the therapeutic effect of these two drugs in combination with Pabocinil, which is a common Chemotherapy drugs, which can exert their effects by inhibiting the proliferation of breast cancer. 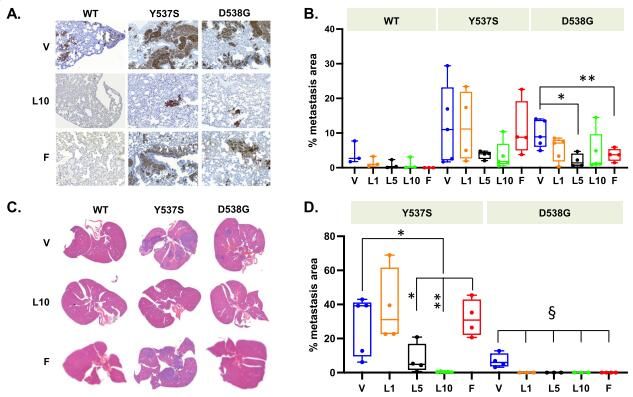 Laxoxifene can reduce the metastasis of cancer cells in the lung and liver.

In addition to fewer side effects, lasoxifene can also provide a variety of other noteworthy benefits. Unlike fulvestrant (which must be injected), lasoxifene can be taken orally and has a long half-life. This means it can stay in the body for a long time. Researcher Greene explained that what you want is to synthesize a new estrogen receptor every time, especially if it has a mutation, then there must be a drug to block it, and the advantage of lasoxifene One is that it can do the job.

Researchers are currently conducting a phase 2 clinical trial to analyze whether lasoxifene can be used as a second-line therapy to help treat postmenopausal women with ER-positive metastatic breast cancer with ER mutations; and independent clinical trials are also being recruited For related patients, researchers will combine lasoxifene with abemaciclib, a drug similar to Pabocinil, to test the therapeutic effects of the new combination therapy.

In summary, in this article, the researchers reported for the first time the anti-tumor activity of lasoxifene in the treatment of breast cancer mouse models resistant to endocrine therapy. The relevant research results confirmed the use of lasoxifene as an effective therapy or It can treat malignant or metastatic ER+ breast cancer expressing the most common active ERα mutation.