Original tile : A grading system for invasive pulmonary adenocarciioma: A proposal from the International Association for the Study of Lung Cancer Pathology Committee 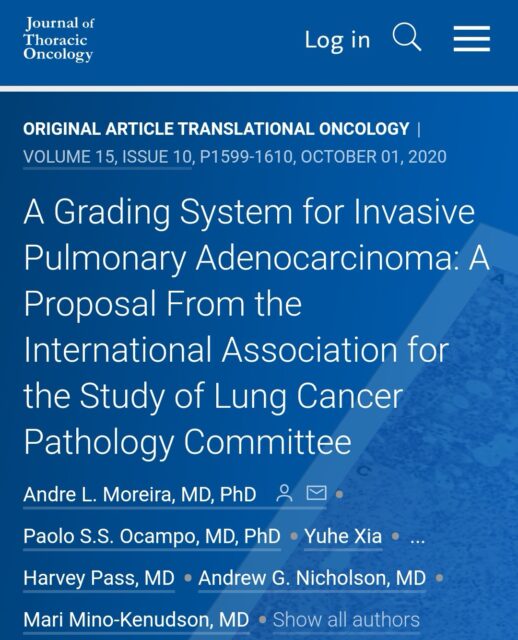 For stage IA-IB invasive lung adenocarcinoma, surgical resection is the standard treatment. For stage IA invasive lung adenocarcinoma, the standard after surgery is no treatment. According to the size of lung cancer 1-3cm, the stages are IA1-IA3. However, although there is no need for treatment, there are still many recurrences possible. How to identify these people who are prone to relapse is the first step in individualized treatment. 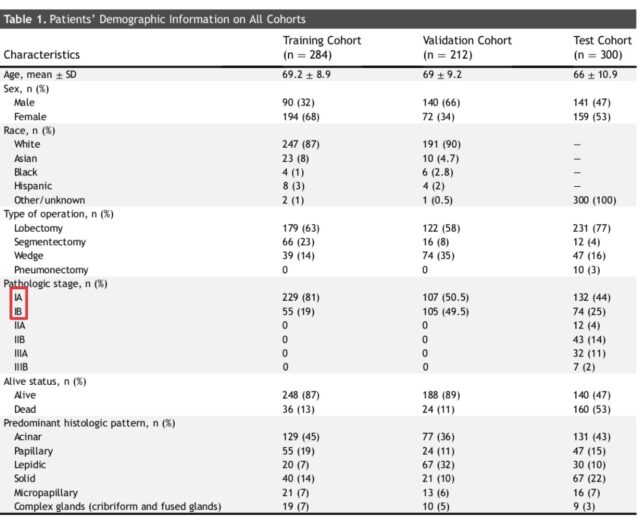 During the establishment of the IASLC grading system, it is divided into training set, validation set and test set. The training set and the validation set are all stage IA-IB patients, with 281 and 212 cases respectively. This is also the early lung adenocarcinoma patients we are concerned about.

Among them, the high-level pathological types are characterized as: micropapillary type, solid type and complex acinar type. This is the type of pathology that we generally consider to be highly malignant.

After the model was successfully established, further tests were done in the test set. And a long-term follow-up of 6000 days (nearly 20 years) was carried out. We only need to pay attention to the postoperative recurrence probability of early lung cancer in the article: 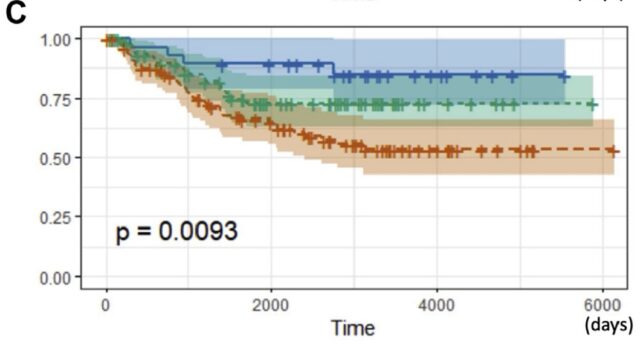 It can be seen that the three grade curves are clearly separated and evenly separated, which can well distinguish the risk of recurrence of early lung adenocarcinoma after surgery.

However, this grading system also has obvious flaws in judging the possibility of recurrence, that is, it does not include the risk factor of nodule size. For nodules with a size of 1-3 cm, that is, stage IA1-3, the risk of recurrence after surgery is very different.

In addition, through the 20-year follow-up data after surgery, it can also be seen that the vast majority of postoperative recurrences occur within 10 years after surgery. Once more than 10 years, there were basically no recurrences.

Then, according to the grading system, after communicating with the patients to explain the pros and cons, for patients with high-risk early lung adenocarcinoma of Grade 3 recurrence at stage IA3-IB, postoperative targeted adjuvant therapy with Osimertinib can be used to reduce postoperative recurrence Possible.