What are the treatment methods for non-small cell lung cancer?

What are the treatment methods for non-small cell l ung cancer?

The morbidity and mortality of lung cancer ranks first among malignant tumors in many coutries, and 80%-85% of patients are non-small cell lung cancer (NSCLC).

This time the “medical community” will discuss the main treatments of lung cancer based on the experiences and cases shared by several clinicians at the Chest Summit Forum.

For early stage patients with stages I and II and some locally advanced patients eligible for surgery, comprehensive treatment based on surgery is the preferred clinical treatment mode, and patients are expected to achieve long-term survival and cure. 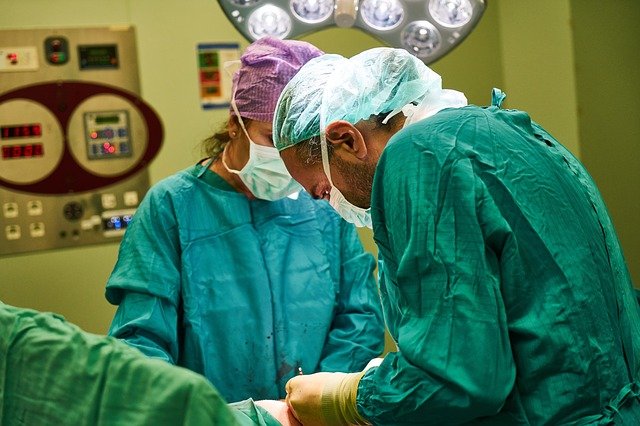 Minimally invasive surgery represented by video-assisted thoracoscopy (VATS) has gradually increased its proportion in early NSCLC surgical treatment due to its small incision and less damage. With the gradual maturity of surgical techniques, the application of VATS has also begun to expand from stage I lung cancer to stage II and stage IIIA operable lung cancer patients. Studies have shown that the effect of two surgical methods of lymph node dissection is equivalent to that of open surgery. The 5-year OS rate and no There is also no significant difference in disease survival (DFS) rate [2]. The advantages of minimally invasive surgery in reducing patient pain and reducing the impact of lung function also support its further application.

Whether patients with advanced NSCLC with stage IIIA-N2 and IV but with oligometastasis should receive surgical treatment is still a subject of great controversy. It requires clinicians to make highly individualized judgments and respect the patient’s willingness to make decisions. .

Radiotherapy is one of the important treatments for lung cancer. Its ability to kill local tumors is high and the curative effect is immediate. In different clinical stages of lung cancer (early, middle and late), all have good clinical application value.

In early patients, for those who cannot tolerate or refuse surgery due to other reasons (such as severe heart disease, poor lung function), stereotactic radiotherapy (SBRT) is the standard alternative to surgery.

For locally advanced (stage III) NSCLC, especially for patients with apical lung tumors (invading the chest wall or rich in nerves and blood vessels), direct surgery is more difficult. At this time, neoadjuvant radiotherapy + chemotherapy can be used to reduce the mass and reduce the difficulty of surgery. risk. In addition, patients who are found to have residual lesions after surgery can receive further radiotherapy. For patients with unresectable locally advanced NSCLC due to mediastinal lymph node metastasis, supraclavicular lymph node metastasis, or invasion of adjacent important organs (partially stage IIIA-N2, IIIB, and IIIC), concurrent radiotherapy and chemotherapy are standard treatments.

For advanced NSCLC, it was previously believed that radiotherapy can only be used as a palliative treatment for bone metastases, brain metastases, adrenal metastases, etc. However, more and more recent studies have shown that patients with advanced oligometastasis (the number of metastases does not exceed 5) are systematically When sexual drug treatment is effective, adding radiotherapy to the metastasis or primary tumor can bring better disease control time and prolong life time for the patient.

At present, the treatment of patients with advanced NSCLC is still based on systemic systemic therapy (SACT). With the development of precision diagnosis and treatment, the systemic treatment of NSCLC has entered a new era of immunotherapy and targeted therapy from the era of chemotherapy.

Gene-oriented rationalization and personalized targeted therapy has become a research hotspot for NSCLC. In particular, the discovery of drugs targeting EGFR and ALK is a milestone in the development of personalized NSCLC therapy.

Currently, for patients with single mutations in genes such as EGFR or ALK, targeted therapy improves the OS of patients with advanced/metastatic NSCLC (stage IV) by about 10-12 months [1]. EGFR mutations are common in clinical patients such as Asians, women, adenocarcinoma, and a small amount or no history of smoking. Among patients with lung adenocarcinoma, approximately 15% of white people and 30%-50% of East Asians have EGFR mutations. For those East Asians without a history of smoking, the proportion is as high as 50-60% [4]. Currently, there are relatively many targeted drugs for EGFR gene mutations.

Third-generation targeted drugs: Representative drugs mainly include osimertinib and ametinib. Acquired resistance often occurs after the first and second-generation EGFR-TKIs are applied for a period of time. The main reason is the T790M mutation in the EGFR gene, while the third-generation drugs such as osimertinib and ametinib can overcome the T790M-induced Resistance. In addition, osimertinib is also effective on the sensitive sites of the first and second generation EGFR-TKIs. Osimertinib has been approved for the second-line treatment of T790M mutation after the first- and second-generation TKI resistance, and the first-line treatment of advanced EGFR-sensitive mutant NSCLC Treatment and postoperative adjuvant treatment for patients with resectable EGFR-mutant NSCLC.

ALK gene recombination is rare in patients with lung cancer, accounting for only 4%-7% of NSCLC; it is more likely to occur in young patients with a small or no smoking history in the past [6].

Currently listed ALK-TKIs include the first generation crizotinib; the second generation ceritinib, aletinib, brigatinib, and ensatinib; and the third generation loratinib (not listed in China) .

For patients with negative driver genes, compared with chemotherapy, immune monotherapy or chemical immune combination, the survival status of patients with advanced NSCLC has been greatly improved. The incidence of immune-related adverse reactions (irAEs) of all grades in immunotherapy patients is 66%, and serious irAEs (Above grade 3) the incidence rate is 14% [7]. Common toxicities include endocrine toxicity, pulmonary toxicity, liver toxicity, gastrointestinal toxicity, skin capillary hyperplasia, pancreatic toxicity, infusion reactions, bone, joint and muscle toxicity, skin toxicity, and rare toxicity such as ocular toxicity, neurotoxicity, cardiotoxicity, Blood toxicity, kidney toxicity [8]. Although the use of immune drugs may produce the above-mentioned adverse reactions, they are generally within a controllable range and require scientific prevention, monitoring, and treatment.