Why these 3 types of cancer are called “couple cancer”?

Why these 3 types of cancer are called “couple cancer”?  When one appears, the spouse should be checked quickly!

What is “couple cancer”?

Cancers that occur almost simultaneously or successively in a husband and wife are medically called “couple cancer”, and couple cancer is a type of “family cancer”.

“U.S. Cancer Data Report 2018” once proposed the concept of “family cancer”. That is to say, in some families, one person suffers from cancer, other members may also suffer from cancer, which can occur at the same time or one after another, and the site of cancer can be the same or different.

It should be noted that the members of the disease are not limited to the relationship between husband and wife, but also include father and son, siblings, etc.

Based on long-term observation and research, it is certain that cancer is not an infectious disease.

These may become carcinogenic factors of digestive tract cancer.

For another example: family members smoke at the same time, or one party smokes, leading to passive smoking of the other party, thus jointly becoming a vulnerable group of oral cancer, lung cancer and so on. Or one of the spouses has a history of unclean sex, causing penile cancer and cervical cancer.

Under the attack of these carcinogenic factors, the husband and wife, as a close community, will have more opportunities to be exposed to the same carcinogenic factor for a long time, which will lead to the occurrence of “couple cancer” relatively more easily.

In addition, if one person in a couple suffers from cancer, the other will be under tremendous pressure both physically and mentally, often in distress and anxiety, and the family atmosphere will be severely affected, or because of changes in the relationship between the husband and wife, it is also indirectly. Increase the likelihood of suffering from disease.

In fact, when the doctor puts forward the term “couple cancer”, it does not mean that one spouse is suffering from cancer and the other spouse is doomed.

The main purpose is to warn these families: It’s time to examine the lifestyles of themselves and their families, and the change of bad habits that are usually taken for granted is imminent.

These cancers are most likely to develop into couple cancer

There are three types of cancers. The chances of couples discovering them at the same time are very high. Come to see if your partner has these bad habits, and quickly correct them, otherwise the health of both people will not be guaranteed.

Lung cancer has a great relationship with smoking, second-hand smoke and living environment. If one person in the family smokes, then other family members will be affected by second-hand smoke, and the risk of developing lung cancer will increase significantly.

In addition, the common living environment of the husband and wife, such as: cooking fume at home, harmful substances formed by house decoration, will cause both husband and wife to be harmed at the same time.

When the husband and wife eat a table of dishes, their eating habits will become closer.

For example, excessive intake of pickled foods will not only increase the burden on the kidneys, but the nitrite contained in them will also greatly increase the risk of cancer.

There are many patients with liver cancer in some countries, and many of them are “husband and wife liver cancer”.

Part of the reason is that hepatitis B patients are already high-risk groups for liver cancer. If one spouse becomes ill, the virus can be spread through sexual behavior, increasing the chance of the other partner getting cancer.

In November 2018, the journal Genetics published an ultra-large-scale study on lifespan.

Researchers analyzed the data of 400 million people and found that genes may have less than 7% of life expectancy, and the relationship between husband and wife’s life expectancy is higher.

1)  There is a scientific basis for “right to everybody”

When choosing a spouse, people usually choose someone who is more similar to them in all aspects, and the same is true in terms of lifespan.

Scientists believe that people choose their spouses on the basis of wealth, education background, and medical security service levels, which will make people live longer. In these conditions, people are usually more inclined to “right in the door.”

The living environment of couples is often very similar. The quality of their food, clean drinking water, and even smoking environment all affect their lifespan at the same time. 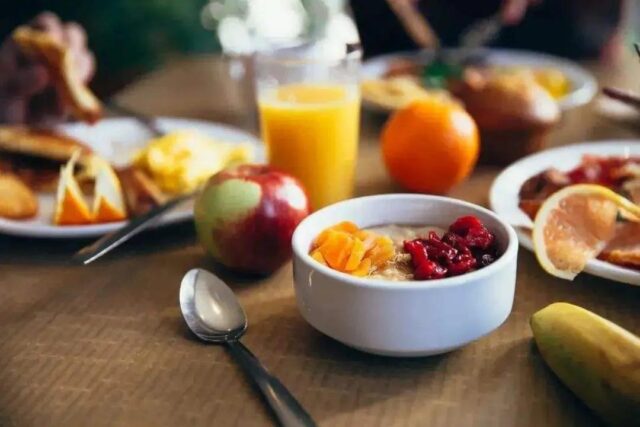 Not only is the virus contagious, but also love and happiness.

A study in Australia showed that the longer a couple lives together, their happiness will also synchronize with each other and infect each other. If one spouse thinks that happiness is high, then the other spouse must hold the same view.

On the contrary, if the partner is in a bad mood for a long time, the partner’s mood will not be much better.

Husband and wife should work together for common health

In life, many people often hear the phrase “I am married to your dad, and I don’t know how many years have been shorter!”

In fact, instead of complaining about the other half, it is better for the husband and wife to work together to escort their health.