These three types of people are at high risk of lung cancer!

These three types of people are at high risk of lung cancer!  There are 4 signs in the upper body, don’t take it lightly! 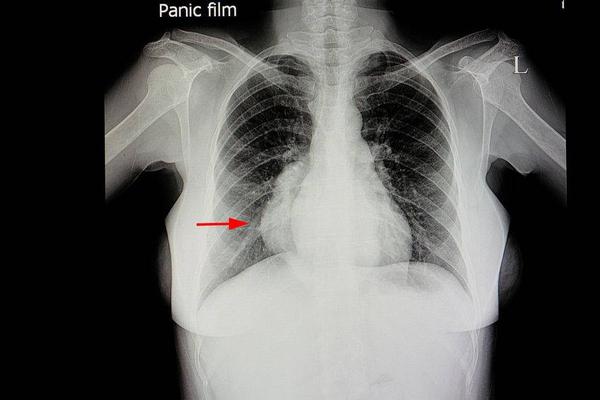 Many countries around the world have reported the incidence and mortality of lung cancer. It is the “strongest king” of all solid malignant tumors.

Moreover, affected by the lack of typical symptoms of lung cancer in the early stage, more than 70% of lung cancer patients have entered the middle and late stage when they are unwell for the first time, and even missed the opportunity for surgery!

In fact, lung cancer is not without a trace. From a clinical point of view, three major groups of people, including long-term heavy smoking, a history of chronic lung disease or a family history of lung cancer, and a history of occupational exposure, are high-risk patients of lung cancer.

If the following four symptoms come in the near future, beware of the signs of lung cancer:

In most cases, hoarseness is related to common respiratory diseases, excessive speech, long-term smoking and alcoholism.

At the same time, affected by paralysis of the left vocal cord, the patient may also have symptoms of upper airway obstruction;

It is mainly manifested as paroxysmal, irritating cough or dry cough. The patient’s cough will become more and more frequent as the disease progresses, the quality of the cough will gradually change, and even a high-pitched metallic cough will appear.

The reasons for its appearance are mostly related to factors such as cancer and secretions that stimulate the large bronchi, change the secretion of the bronchial mucosa, and promote pneumonia;

This is also one of the typical symptoms of lung cancer, which often accompanies coughing at the same time. Because the tumor in the patient’s lungs has formed, it will cause strong impact and pressure on the tumor when coughing, which will lead to the rupture of blood vessels on the surface of the tumor and the symptoms of blood in the sputum.

In addition, the patient’s repeated hemoptysis and hemoptysis may also be related to factors such as local tumor necrosis and vascular inflammation.

This kind of hemoptysis is mostly manifested as intermittent or continuous repeated blood in sputum and a small amount of hemoptysis in the initial stage.

After the patient’s large blood vessel ruptures, affected by blood spills, the patient may have severe hemoptysis that is difficult to control, and even threaten life due to excessive blood loss;

Patients with chest pain as the first symptom of lung cancer accounted for 1/4 of all patients. This kind of chest pain is mostly related to prolonged coughing in the early stage, and it appears as irregular dull or dull pain.

As the cancer continues to develop, the cancer cells begin to infiltrate the surrounding area. When the pleura is infiltrated, the patient may experience pleural pain, which is characterized by intermittent and sharp abnormal pain in the chest, and eventually develops into a constant drilling pain.

In addition, when the cancer accumulates in surrounding tissues or blood vessels, compresses the peripheral nervous system, and merges with malignant pleural effusion, it will also cause pain.

The recurrence of the above four symptoms may be a signal of lung cancer, which requires timely medical treatment for targeted lung cancer screening.

In fact, from a clinical point of view, no matter whether people at high risk of lung cancer have symptoms or not, in order to detect lung cancer as early as possible and prevent cancer from reaching an irreversible stage, regular anti-cancer screening is required, and the most effective screening method is. In fact, it is low-dose spiral CT.