Nucala is the world’s first IL-5 targeted therapy and has been approved for 4 indications for eosinophilic diseases. 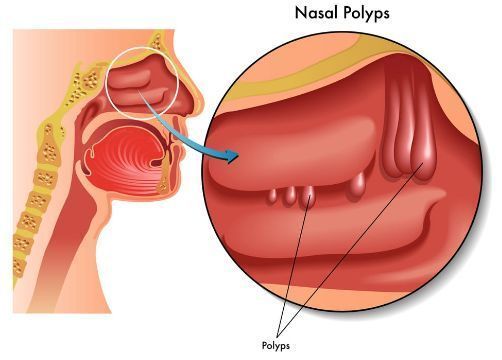 GlaxoSmithKline (GSK) recently announced that the U.S. Food and Drug Administration (FDA) has approved a new indication for the anti-inflammatory drug Nucala (mepolizumab) for the treatment of chronic rhinosinusitis with nose Polyp (CRSwNP) patients. The specific indications are: add-on maintenance therapy for CRSwNP in adult patients 18 years and older who have insufficient response to intranasal corticosteroids (INC).

CRSwNP is characterized by polyps that block the sinuses and nasal passages. Patients may experience severe nasal obstruction, dyspnea, nasal discharge, decreased or loss of smell and taste, and facial pain or pressure. Persistent symptoms of CRSwNP can have significant adverse effects on patients’ health-related quality of life, including reduced productivity and activities of daily living, inability to enjoy food, lack of sleep, and fatigue.

In terms of CRSwNP treatment, Sanofi/Regeneron anti-inflammatory drug Dupixent (Chinese product name: Dabituo, generic name: Dupilumab, dupilumab, IL-4/IL-13 targeting monoclonal antibody) were released in 2019. It was approved by the United States and the European Union in June and October 2008, becoming the first biological agent for the treatment of CRSwNP.

In August and December 2020, Novartis/Roche Xolair (Chinese brand name: Zhuo Le, generic name: omalizumab, omalizumab) was approved by the European Union and the United States for a new indication: as an intranasal corticosteroid (INC) Add-on therapy for the treatment of severe CRSwNP adult patients (≥18 years old) whose condition cannot be adequately controlled by INC. This approval makes Xolair the first to specifically target and block immunoglobulin E (IgE) to treat the nose Biological preparations of polyps.

The FDA’s approval of Nucala to treat CRSwNP is based on the positive results of the pivotal Phase 3 SYNAPSE study. This is the first time that an anti-IL-5 biologic has reported positive phase 3 data for the treatment of CRSwNP, increasing the range of eosinophil-driven diseases for which Nucala has valid data.

It is particularly worth mentioning that all patients enrolled in the SYNAPSE study received standard care, all had a history of surgery (approximately one-third of the patients had more than 3 surgeries), and due to severe symptoms and enlarged Polyps require further surgery. This study is the first clinical study to evaluate the therapeutic benefits of biological agents in this severe patient population.

SYNAPSE is a 52-week randomized, double-blind, parallel-group phase III study, enrolling more than 400 adult patients with recurrent severe bilateral nasal polyps, and evaluating the efficacy of Nucala and placebo in combination with standard care (SoC). And safety. In the study, these patients were randomly assigned to receive Nucala (100mg liquid formulation) or placebo, and also receive SoC. Both Nucala and placebo were injected subcutaneously with prefilled syringes every 4 weeks for 52 weeks of treatment. Patients with severe bilateral nasal polyps were defined as having an average nasal congestion visual analog scale (VAS) symptom score> 5 points, an endoscopy score of at least 5 points (the highest score is 8 points), and the lowest score for each nasal cavity is 2 points. The patient must have a history of nasal polyp surgery at least once in the past 10 years. Although treated according to standard care, there are still recurrent nasal polyps, and nasal polyp surgery is currently required.

The results show that Nucala is effective in reducing nasal polyps and improving nasal obstruction. The study reached two common primary endpoints: Compared with the SoC+placebo group, the volume of nasal polyps in the SoC+Nucala treatment group at week 52 (p<0.001) and nasal congestion at week 49-52 (p<0.001) were both There was a statistically significant improvement: (1) The median change between the total score of nasal polyps under nasal endoscopy and the baseline was -0.73 (95%CI: -1.11, -0.34); (2) Visual analogue of nasal congestion The difference between the median change of the table (VAS) score and the baseline was -3.14 (95%CI: -4.09, -2.18). Key secondary endpoints: the proportion of patients undergoing nasal cavity surgery during 52 weeks also has a statistically significant difference; compared with the SoC+placebo group, the proportion of patients undergoing nasal cavity surgery in the SoC+Nucala treatment group was reduced by 57% (HR=0.43; 95%CI: 0.25, 0.76). In addition, during the 52-week treatment period, patients receiving Nucala had a lower proportion of patients requiring systemic corticosteroids. The safety results in this study are consistent with the known safety features of Nucala.

Nucala was first approved for the treatment of severe eosinophilic asthma (SEA) at the end of 2015. It is the first biological therapy targeting IL-5 to be marketed globally. Nucala’s active pharmaceutical ingredient mepolizumab is a monoclonal antibody that specifically targets interleukin 5 (IL-5).

Based on the above-mentioned mechanism of action, Nucala is being developed for a variety of diseases caused by inflammation caused by eosinophils. The drug has been evaluated in 41 clinical trials with more than 4000 patients across multiple eosinophil indications. Currently, Nucala is also being evaluated for its potential to treat chronic obstructive pulmonary disease (COPD).