Dogs suffer diabetes while owners may same situation. According to a report on the Medicalxpress website, the British Medical Journal (BMJ) Christmas Special Issue published a study saying that dogs at home have diabetes and their owners are at higher risk of diabetes. Dogs raised by diabetic patients are also more likely to develop diabetes than dogs from other families. This shows that the health of the dog may vary with the owner. 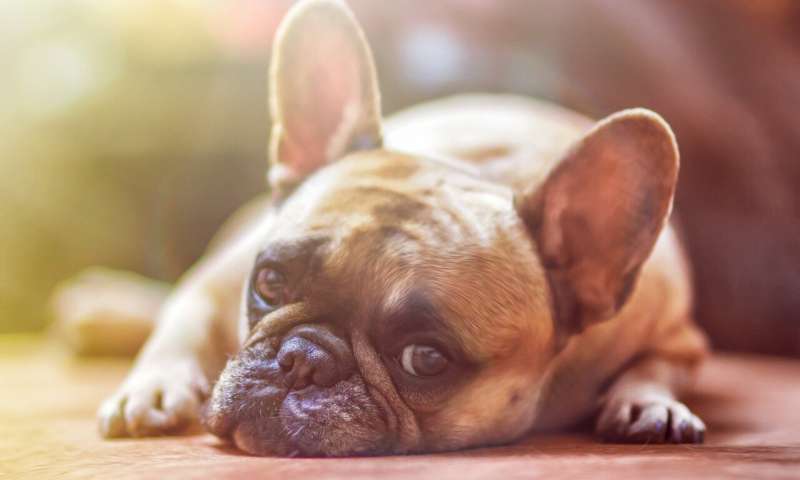 However, this risk link does not exist in the cat family.

According to Rachel Ann Delicano, Department of Molecular Epidemiology and Life Sciences Laboratory Medicine, Uppsala University, Sweden, more than 400 million people worldwide have type 2 diabetes, and this number will increase in the next few decades. The aging of the population, changes in lifestyle, and rising obesity rates are all important reasons for the increase in the incidence of diabetes.

Some studies have confirmed that owners are overweight or obese, and pets are heavier than other households, proving that there is a certain connection between their healthy behaviors. In this article, researchers from Sweden and the United Kingdom further compared the risk of diabetes.

The comparison found that dogs in the family suffer from diabetes, and the owner’s risk of diabetes is 38% higher than that of healthy dog ​​owners; conversely, compared with dogs raised by healthy owners, dogs with diabetes have Type 2 The risk of diabetes increased by 28%.

There is no obvious relationship between the onset of diabetes in cats and the diabetes of the owner.

Delicano explained that it can be speculated that there is a lifestyle connection between the pet and the owner. The activity level and eating habits of the dog owner and the dog are relatively similar. For example, people who eat snacks and eat too much have a higher risk of diabetes. These owners tend to give their dogs more leftover food in addition to dog food; the frequency and intensity of exercise between the dog owner and the dog are often the same , There may also be an association between diabetes risk.

The skin microbiota may also be shared between the dog owner and the dog. The intestinal flora in the dog may also be affected by the family diet. Similar to the owner, these are related to the onset of diabetes. Common environmental factors, such as noise and air pollution, endocrine disruptors in the air, etc., may affect both the dog owner and the dog’s risk of disease.

The environmental risk factors for cats to develop diabetes include the range of indoor activities of the cat, the composition and quantity of cat food eaten, and are related to overweight. The agreement between the cat and the owner’s illness is less.

Dogs need people to walk, and cats need to see themselves.

Delicano added that this is an observational study that cannot confirm the reasons for the relationship between the two, nor can it assess the specific impact of diet and physical activity levels on both parties. However, the conclusions of this study are very strong, and can prove that the dog and the owner have diabetes, which can increase the risk of the other. If a dog has diabetes, its symptoms are obviously easy to detect early, which can play a “warning effect” on the owner’s hidden diabetes.