M1 oncolytic virus wakes up T cells and overcomes non-response to immunotherapy. Immunotherapy, led by immune checkpoint inhibitors, has made major breakthroughs in the past ten years. However, most patients do not respond effectively to immunotherapy. This is mainly due to the impact of the tumor microenvironment.

The effective signs of immune checkpoint inhibitors are usually a large number of tumor infiltrating lymphocytes and high expression of tumor inflammation-related transcription factors, but the efficacy of “cold tumors” is not obvious, so there is an urgent need to develop a tumor that can “change from cold to hot” Therapies to overcome the limitations of immune checkpoint inhibitors.

Oncolytic viruses provide a new perspective for tumor treatment. The team of Professor Yan Guangmei of Sun Yat-sen University in China has carried out a series of breakthrough work in the field of oncolytic virus treatment. In 2014, a natural oncolytic virus M1 was isolated, which can be used in tumor cells. It induces endoplasmic reticulum stress-mediated apoptosis during which T cell response plays an important role in the efficacy of M1 oncolytic virus. 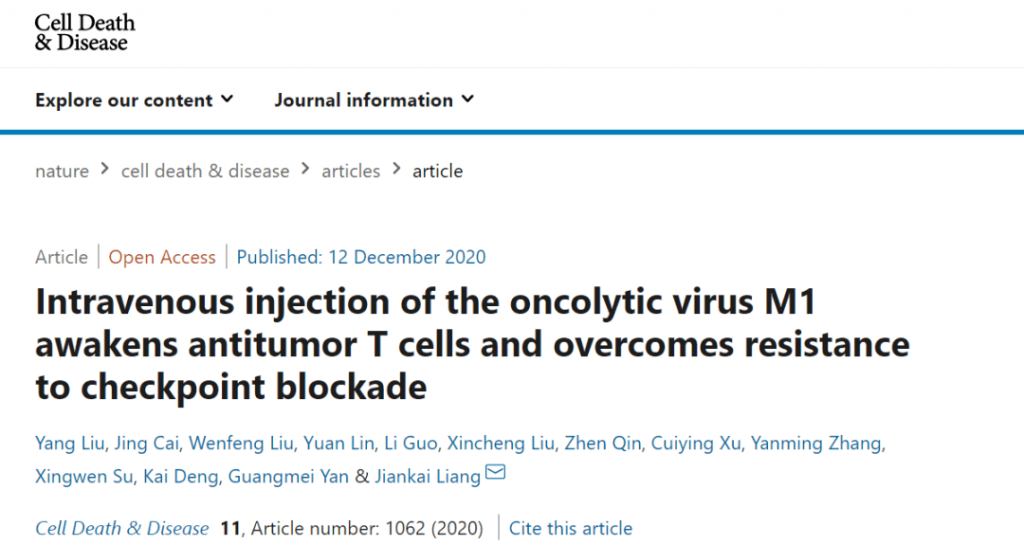 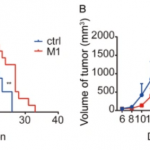 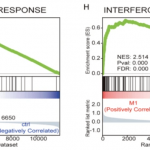 Researchers have in-depth exploration and found that the inflammatory signals released by M1 in the process of killing tumors can promote the maturation of DC cells, thereby promoting the transformation of initial T cells into effector T cells.

M1 virus can also act as an immunostimulant, recruiting and activating T cells to infiltrate the tumor microenvironment, and awaken local and systemic cellular immunity.

Studies have shown that IFN-γ can induce the up-regulation of PD-L1. In the process of M1 killing cancer cells, IFN-γ is significantly up-regulated. Experiments have also found that M1 oncolytic virus can cause tumor PD-L1 up-regulation, which weakens the immune response to a certain extent. Researchers speculate that the combination of PD-L1 antibody and M1 can exert a more effective anti-tumor effect.

The research was supported by the National Natural Science Foundation of China, the National Major Science and Technology Project Funding for the Development of Major New Drugs, and the Guangzhou Venture Plan of Guangdong Province.